The original art from THE ADVENTURE TIME 100 PROJECT will be auctioned off beginning in on June 2nd, 2018 during a launch party event at Challengers Comics in Chicago, IL and continuing online.

“Adventure Time does that sublime job of appealing to kids and adults at the same time. It’s great to see artists who appeal to all ages lend their talents to this as well,” said Jim McLauchlin, Hero Initiative president. “Challengers does the same kind of job, with a separate-but-attached store for kids next door called Sidekicks. It’s a great venue to show off this wonderful art and have a great time.”

THE ADVENTURE TIME 100 PROJECT is the latest release from BOOM! Studios’ critically acclaimed KaBOOM! imprint, publisher of world-class licensed series such as Steven Universe, Over the Garden Wall, Peanuts, and Garfield, along with original series like Brave Chef Brianna by Sam Sykes and Selina Espiritu, and The Deep by Tom Taylor and James Brouwer.

“It’s an honor to partner with Hero Initiative to celebrate the Adventure Timephenomenon and support such an important cause,” said Whitey Leopard, Editor, BOOM! Studios. “Every page of THE ADVENTURE TIME 100 PROJECT is a treat for long time fans and for anyone who wants to see their favorite artists draw the world of Adventure Time.”

Print copies of THE ADVENTURE TIME 100 PROJECT will be available for sale in May 2018 at local comic book shops (use comicshoplocator.com to find the nearest one) or at the BOOM! Studios webstore. Digital copies can be purchased from content providers, including comiXology, iBooks, Google Play, and the BOOM! Studios app.

For more on THE ADVENTURE TIME 100 PROJECT and other projects from BOOM! Studios, please visit www.boom-studios.com and follow @boomstudios on Twitter. 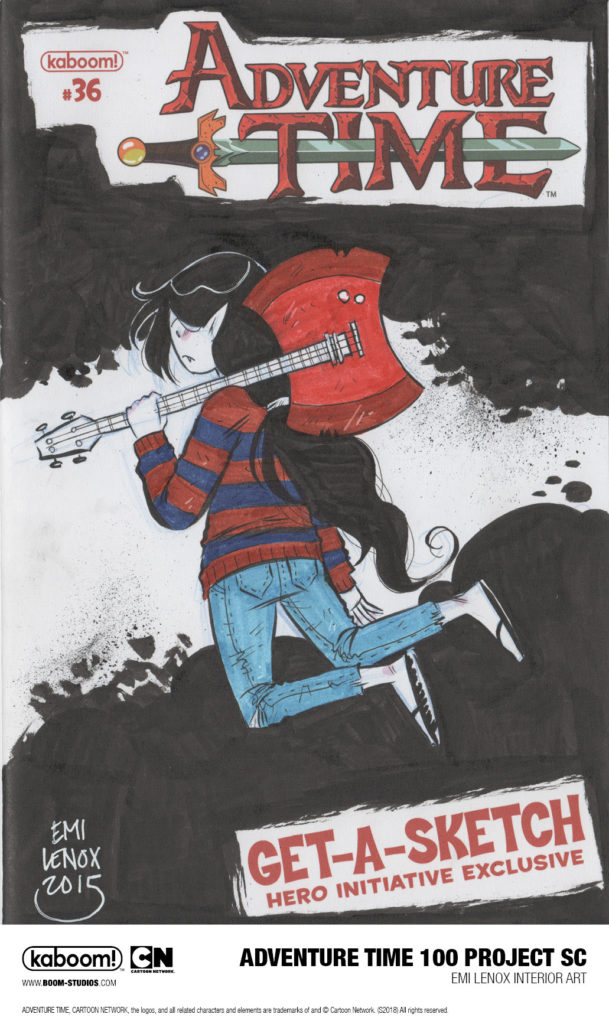 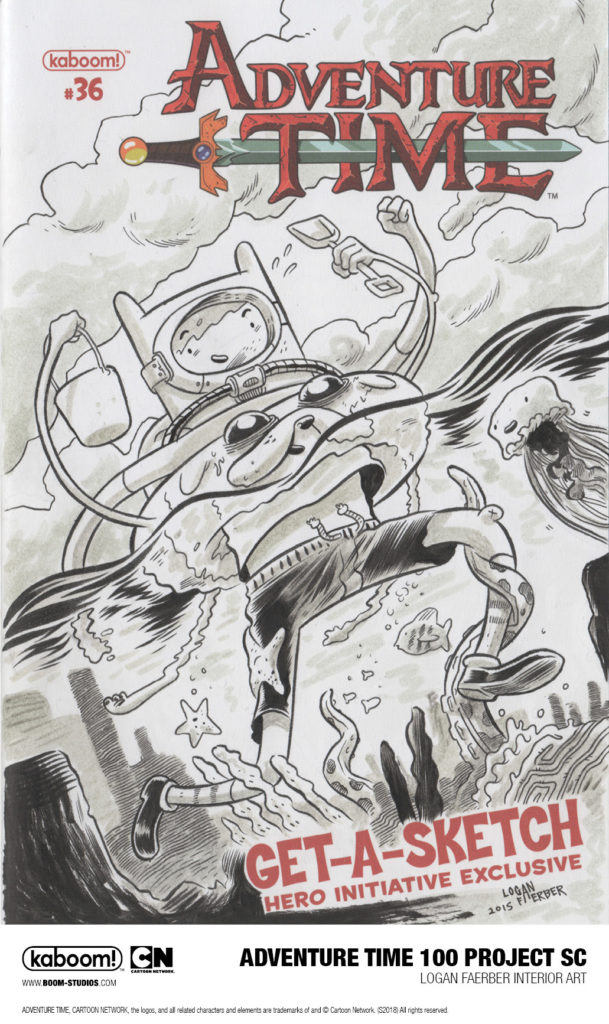 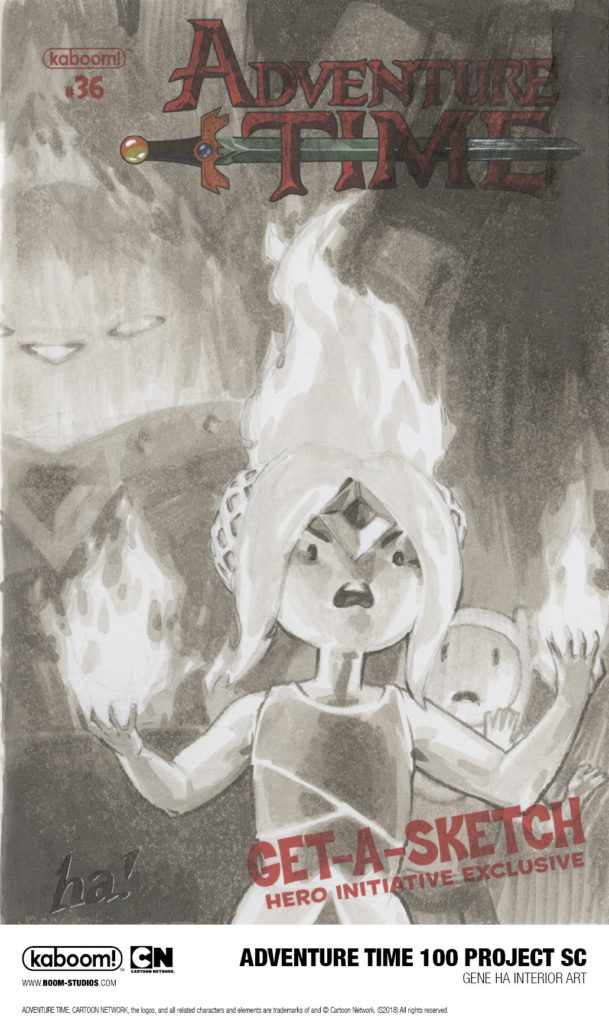 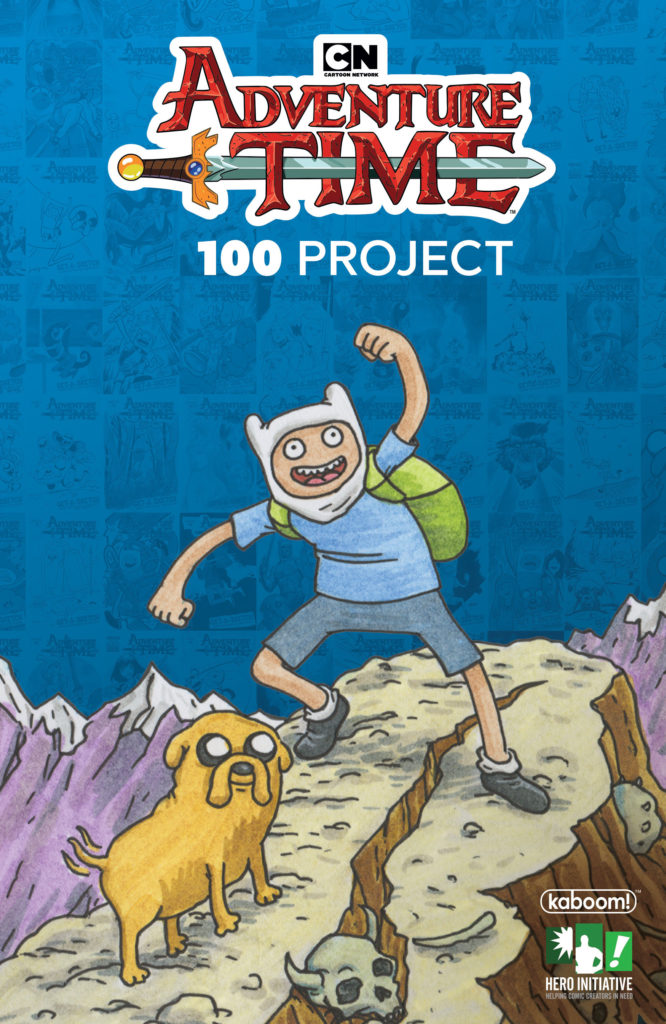