If American Gods met Teen Wolf and Hellboy on the midnight road to Sacramento… they may well make something a little like Brother Nash, which tells the story of Nash, a haunted trucker who can see ghosts, talks with spirits, senses evil and – oh yes! – is a werewolf.

When the moon is on the rise and violence threatens his friends, he struggles to keep the beast in check, even as he strives to meet his obligations to those he loves.

And when Nash takes on a mysterious hitchhiker heading for Tucson, he and his friends are dragged headfirst into their most dangerous adventure yet.

So grab your shotguns, prime your shortwave radio, warm up the cab, flex those lupine claws, and join the crew for what may be the strangest and deadliest cross-country haul of all time!

According to writer/artist Bridgit Connell, “Brother Nash is about a mysterious trucker out West who gets lost in a supernatural adventure with his two friends, a bumbling sweetheart and fellow trucker named Ray, and a strong-willed ranch owner named Billie. On the road they encounter tricksters, motorcycle gangs, zombies, creepy ghost kids, high-speed chases, giant monsters, redneck shaman, witches… and find out that the lore behind astronomy is alive and roaming the earth.” 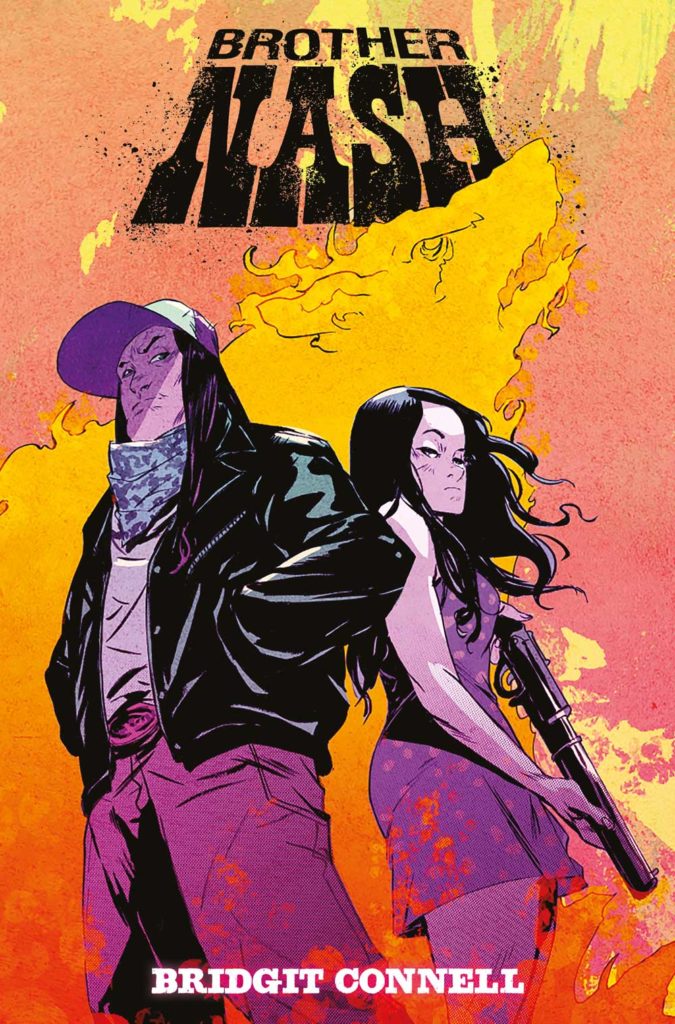 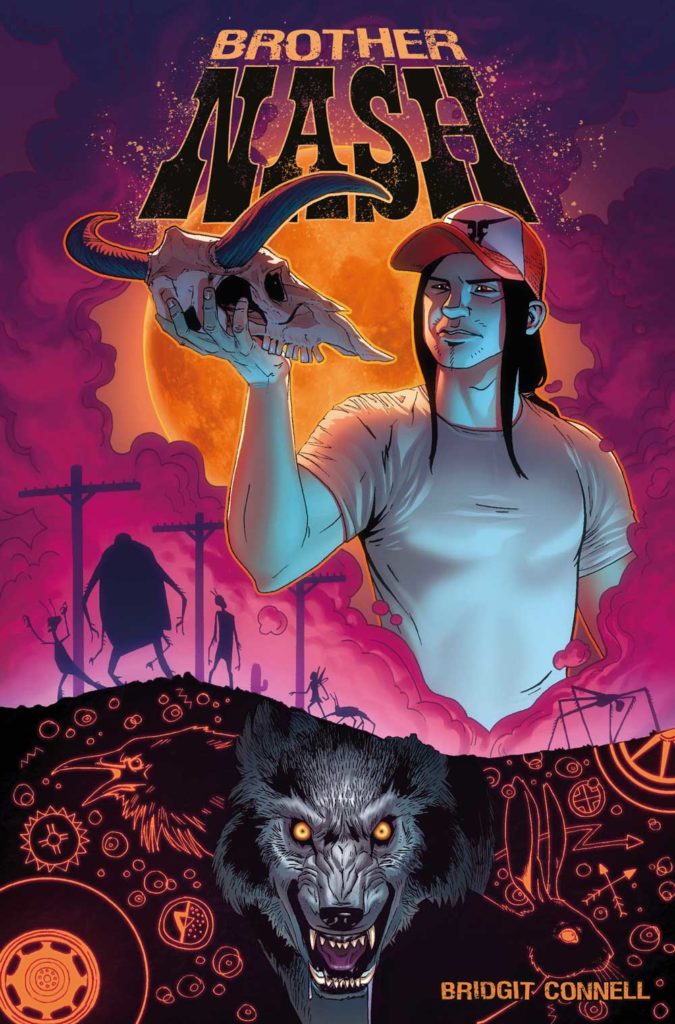 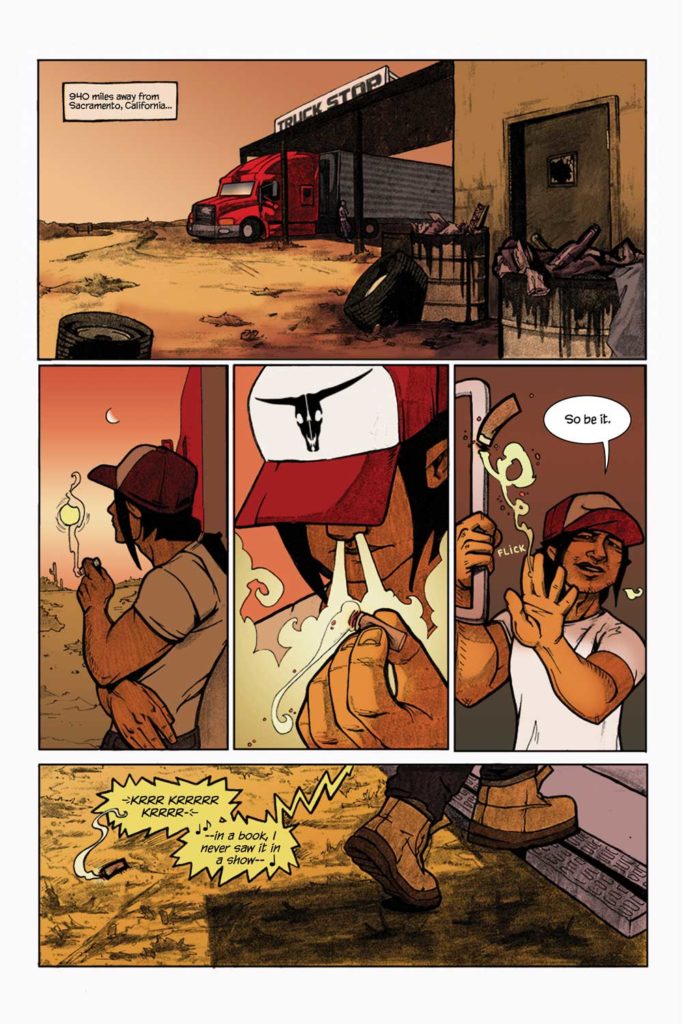 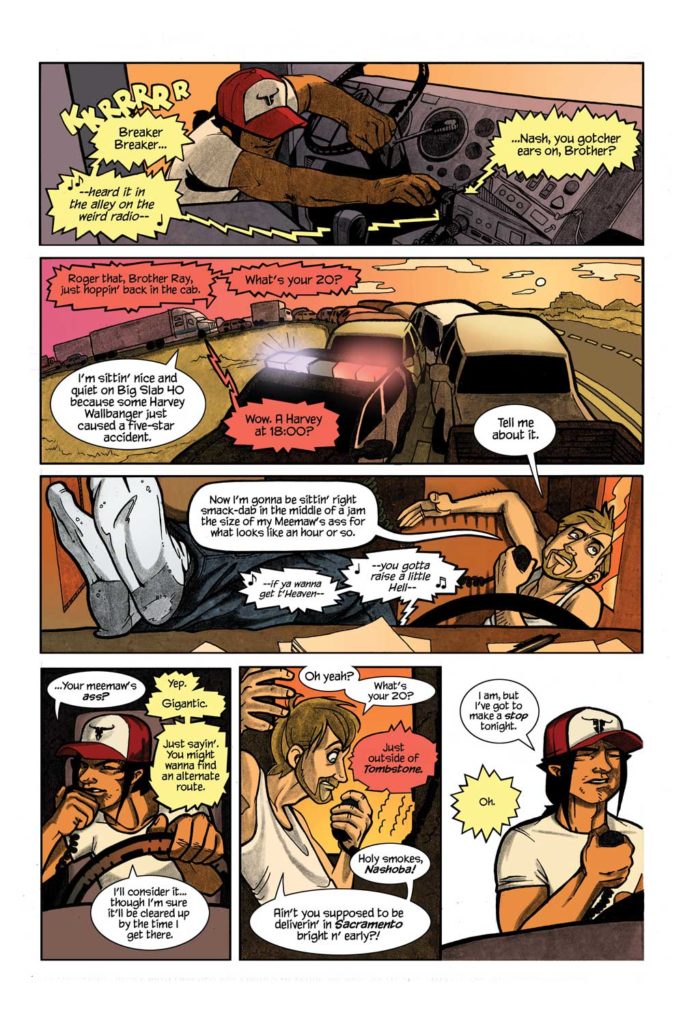 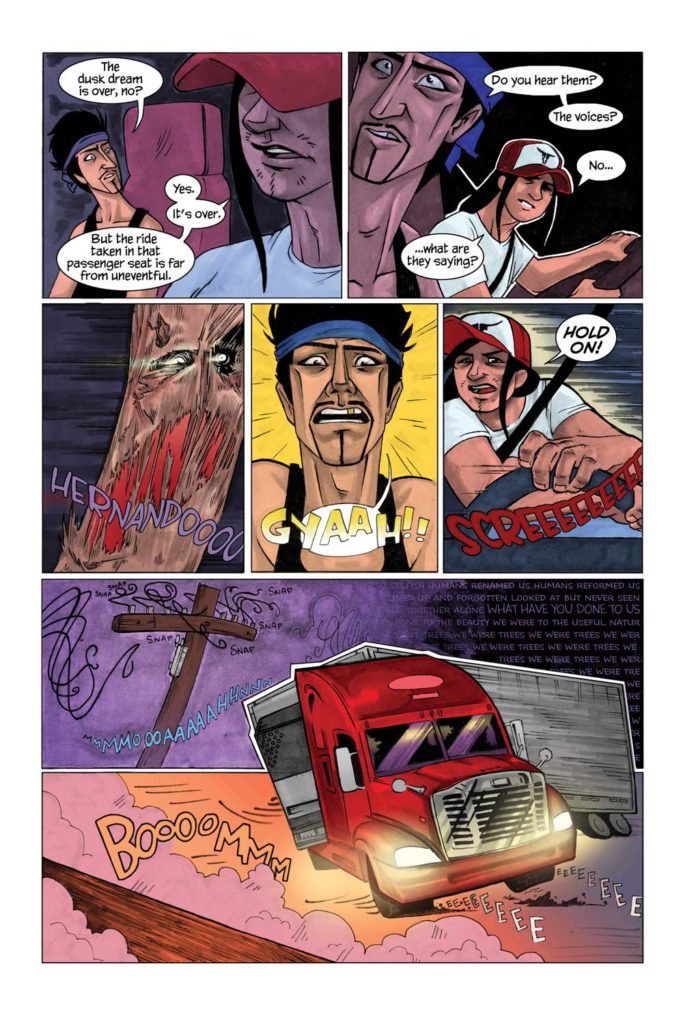