BOOM! Studios is proud to announce ABOUT BETTY’S BOOB, an affecting and inspired examination of one woman’s painful, surreal, and oddly humorous journey following a mastectomy. Master storytellers Vero Cazot and Julie Rocheleau present the original graphic novel (OGN) story of Betty, who wakes up alone in a hospital room and finds herself disoriented by the body that greets her. She must face the cruel outside world obsessed with beauty standards, starting with her boyfriend, who’s having a very hard time dealing with her new look. No one seems to know what to make of this new Betty and neither does she.

Told largely through a silent sequential narrative, ABOUT BETTY’S BOOB is seminal work that will simultaneously inspire and surprisingly make you laugh as Betty must deal with loss and acceptance on this unforgettable journey of self-discovery.

“I couldn’t dream of a more fitting achievement for this silent and burlesque title than being adapted/published in the country of Buster Keaton and New-Burlesque,” said writer Vero Cazot.

“ABOUT BETTY’S BOOB is filled with references to silent movies and to American cartoons that I grew up with and still enchant me as an adult,” said artist Julie Rocheleau. “We set out to make that kind of story–one that speaks to many people, no matter their age or where they live.”

ABOUT BETTY’S BOOB, debuting in hardcover format and aimed at Mature Readers, is the latest release from BOOM! Studios’ ambitious Archaia imprint, home to graphic novels such as Mouse Guard by David Petersen; Rust by Royden Lepp; Bolivar by Sean Rubin; Jane by Aline Brosh McKenna and Ramón Pérez; and licensed series like Jim Henson’s The Power of the Dark Crystal and Jim Henson’s Labyrinth: Coronation.

“Betty is my new favorite heroine. She struggles through and overcomes so much, ultimately to discover that the greatest power is the one from within. She’s an inspiration,” said Sierra Hahn, Senior Editor, BOOM! Studios. “This book will delight readers and defy all expectation.”

Print copies of ABOUT BETTY’S BOOB will be available for sale in June 2018 at local comic book shops (use comicshoplocator.com to find the nearest one), book stores or at the BOOM! Studios webstore. Digital copies can be purchased from content providers, including comiXology, iBooks, Google Play, and the BOOM! Studios app.

For continuing news on ABOUT BETTY’S BOOB and more from BOOM! Studios, stay tuned to www.boom-studios.com and follow @boomstudios on Twitter. 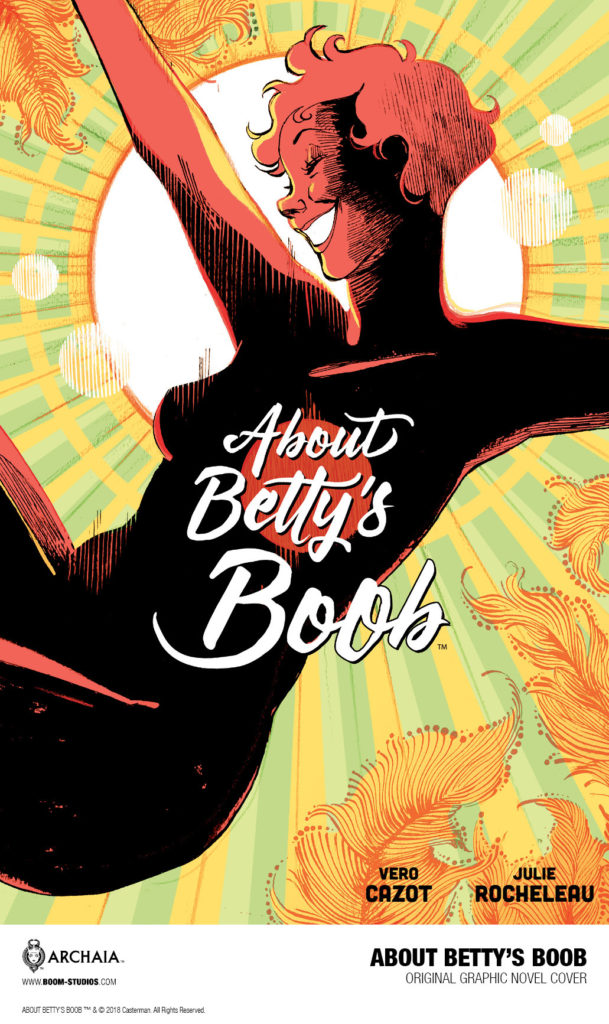