Despite the military’s best efforts, the alien invaders have seized a firm grip on the world. Cities have been invaded and the countryside overrun, leaving little hope for humanity’s resistance. With few options left, the survivors will need to look to the very people they once feared to make a last ditch effort to turn the tide of the war.

“Both Ian and I have loved working on Wild’s End – it’s a particularly favourite project for both of us – and we’ve been delighted by the immensely positive response from readers and critics to the first two volumes,” said Dan Abnett. “When BOOM! Studios asked for a third volume, and offered us to do it in the ‘long form’ of a graphic novel, we jumped at the chance, and we’ve been working on it with huge pleasure for the past little while. It’s not necessarily the end of Wild’s End, but this book represents a dramatic closure to the story arc and forms the dynamic third part of the trilogy. ”

“It’s really exciting for Dan and I to have had this opportunity to bring this particular arc to a close,” said I.N.J. Culbard. “It’s been a lot of fun returning to Wild’s End and continuing the stories of Susan, Clive, Peter and Alph, and we hope readers will enjoy the book as much as we’ve enjoyed putting it all together.”

“We’re thrilled to bring fans the conclusion to Dan and I.N.J.’s incredible story in this new OGN. It’s an emotional finale, worthy of the iconic characters they’ve created.” said Cam Chittock, Editor, BOOM! Studios. “WILD’S END: JOURNEY’S END is a love letter to timeless science fiction and a testament to the power of the human spirit when faced with dark times.”

Print copies of WILD’S END: JOURNEY’S END will be available for sale in June 2018 at local comic book shops (use comicshoplocator.com to find the nearest one), bookstores or at the BOOM! Studios webstore. Digital copies can be purchased from content providers, including comiXology, iBooks, Google Play, and the BOOM! Studios app.

For more on WILD’S END: JOURNEY’S END and other projects from BOOM! Studios, please visit www.boom-studios.com and follow @boomstudios on Twitter. 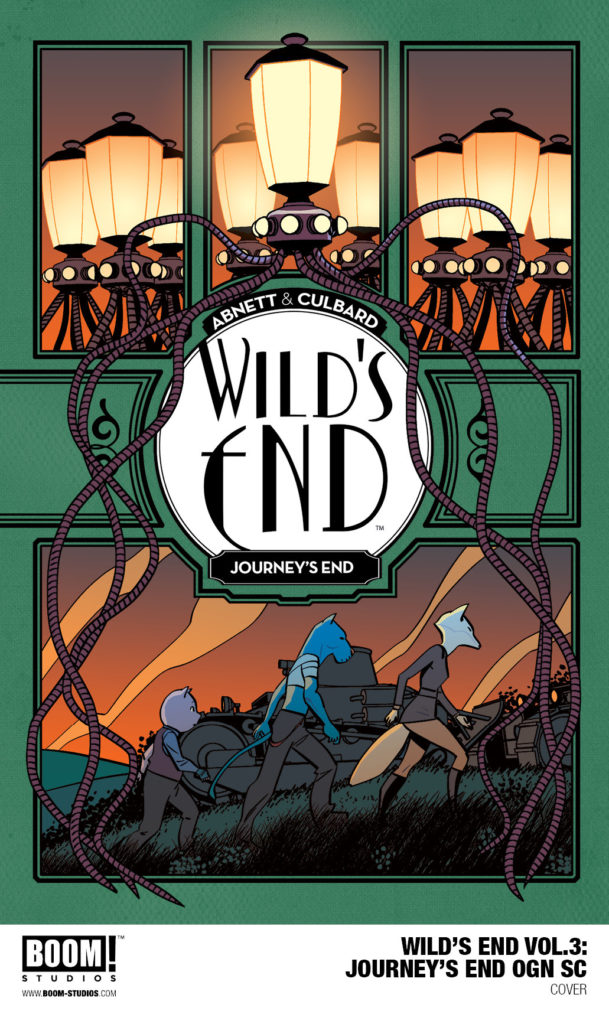