BOOM! Studios today announced RUGRATS: R IS FOR REPTAR 2018 SPECIAL #1, an all-new oversized one shot comic about everyone’s favorite T-Rex arrives in stores April 2018. When the power goes out at the Pickles home, the babies and adults come together to share their own personal favorite Reptar stories. This graphic novel is based on Nickelodeon’s original animated series, Rugrats.

“The fans demanded it and now we’re thrilled to put the spotlight on Reptar,” said Whitney Leopard, Editor, BOOM! Studios. “While you’ve seen the world’s favorite green dino in our monthly Rugrats series, we knew that was only the beginning. Now you’re going to see that there’s no such thing as too much Reptar!”

RUGRATS: R IS FOR REPTAR 2018 SPECIAL #1 features a main cover by Savanna Ganucheau (Adventure Time Comics) and a variant cover by Matt Frank (Godzilla). This special is the latest release from BOOM! Studios’ critically acclaimed KaBOOM! imprint, publisher of world-class licensed series such as Rocko’s Modern Life, Steven Universe, Over the Garden Wall, Peanuts, and Garfield, along with original series like Brave Chef Brianna by Sam Sykes and Selina Espiritu, and The Deep by Tom Taylor and James Brouwer.

For breaking news on RUGRATS: R IS FOR REPTAR 2018 SPECIAL #1 and more from BOOM! Studios, stay tuned to www.boom-studios.com and follow @boomstudios on Twitter. 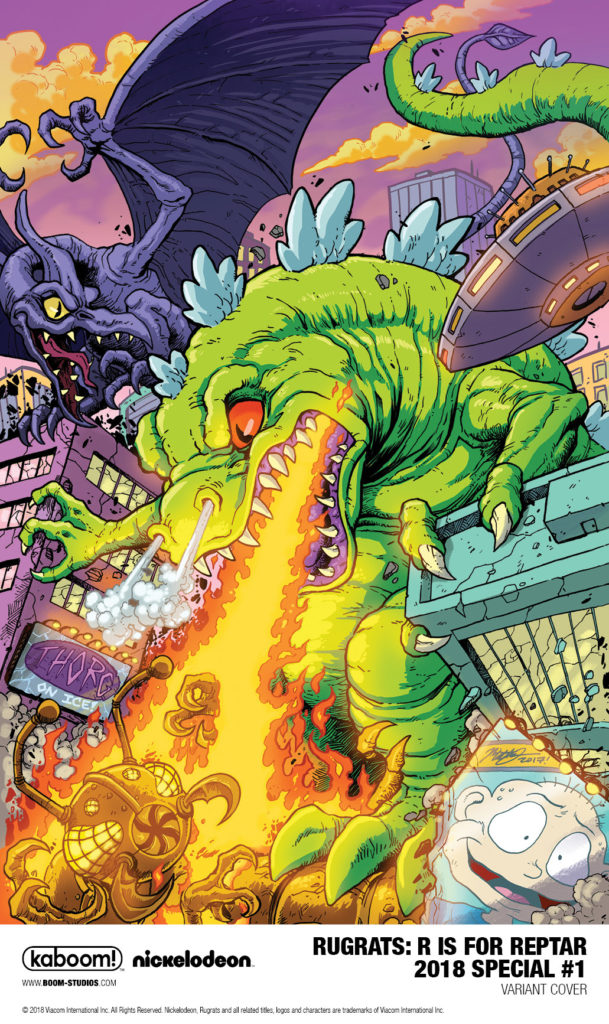 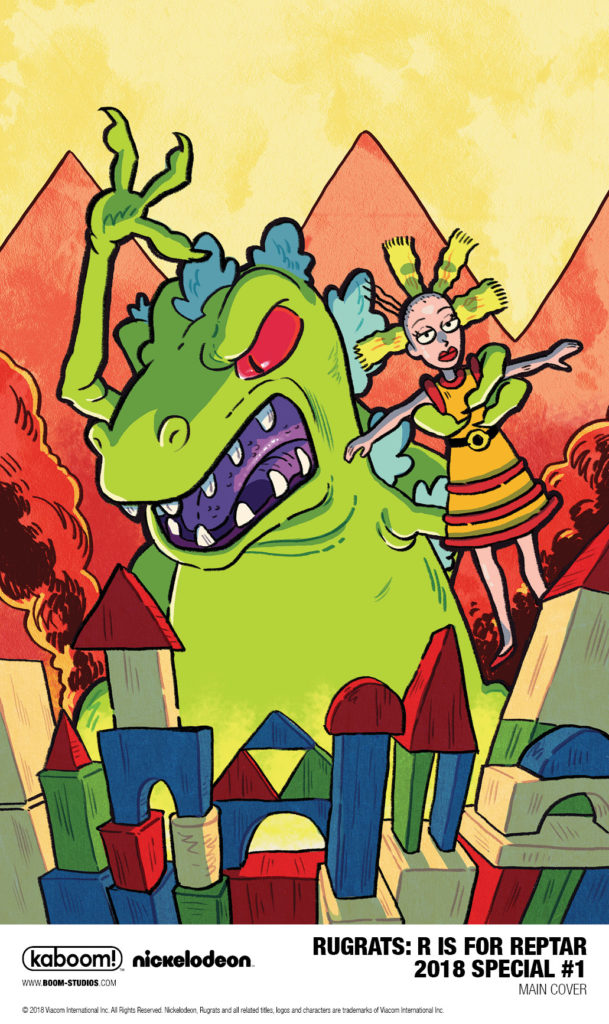