In the decades since the RoboCop program first began, corporations have taken over public services and the government—and law enforcement is the biggest private contract of all. Traditional police forces no longer exist as all citizens are encouraged—and rewarded—to spy on their neighbors.

There is only one authority on the streets: ROBOCOP.

“RoboCop remains a favorite film of mine, and was an early influence on the type of stories I sought out to read and watch, and eventually to create on my own,” said Wood. “It’s an honor to write this series, to write Alex Murphy, and to show everyone how much the core themes of RoboCop – police brutality, union busting, media manipulation, privatization of law enforcement and the marginalization of poor people – are, incredibly, just as relevant now as they were in the 80’s.”

“Some movies transcend cinema,” said  Jorge Coelho. “As classics they hold that enigmatic mix of timing and ideas that, somehow, make them endure the test of time – for me, RoboCop is one of them. I can still see myself as that big eyed kid devouring everything about the concept decades before I knew what dystopia is, it made me a fan of science fiction and social commentary. Strong, unapologetic characters living in a world close enough to ours, fantastic enough to capture our imagination and keep its spell alive. Citizens Arrest will add new characters and a vision in comic form that will treat readers and lifetime fans with the love and respect this cinema classic deserves”

“The best stories not only entertain but also force us to reflect on today’s world and ask the tough questions – a hallmark of Brian Wood’s powerful work,” said Sierra Hahn, Senior Editor, BOOM! Studios. “Bringing Brian’s unflinching writing together with the gritty artwork of Jorge Coelho, ROBOCOP: CITIZENS ARREST is perfect for anyone new to the franchise and a special treat for longtime fans.”

“More than ever, societal norms are being challenged and we’re asking what kind of future we’re creating – and ROBOCOP: CITIZENS ARREST is about what happens when we abdicate that responsibility,” explained Eric Harburn, Editor, BOOM! Studios. “This is a love letter to the socio-political prescience of the original RoboCop film, but also a story that stands on its own, inspired by modern day events and concerns.”

Print copies of ROBOCOP: CITIZENS ARREST #1 will be available for sale in April 2018 at local comic book shops (use comicshoplocator.com to find the nearest one) or at the BOOM! Studios webstore. Digital copies can be purchased from content providers, including comiXology, iBooks, Google Play, and the BOOM! Studios app.

For continuing news on ROBOCOP: CITIZENS ARREST #1 and more from BOOM! Studios, stay tuned to www.boom-studios.com and follow @boomstudios on Twitter. 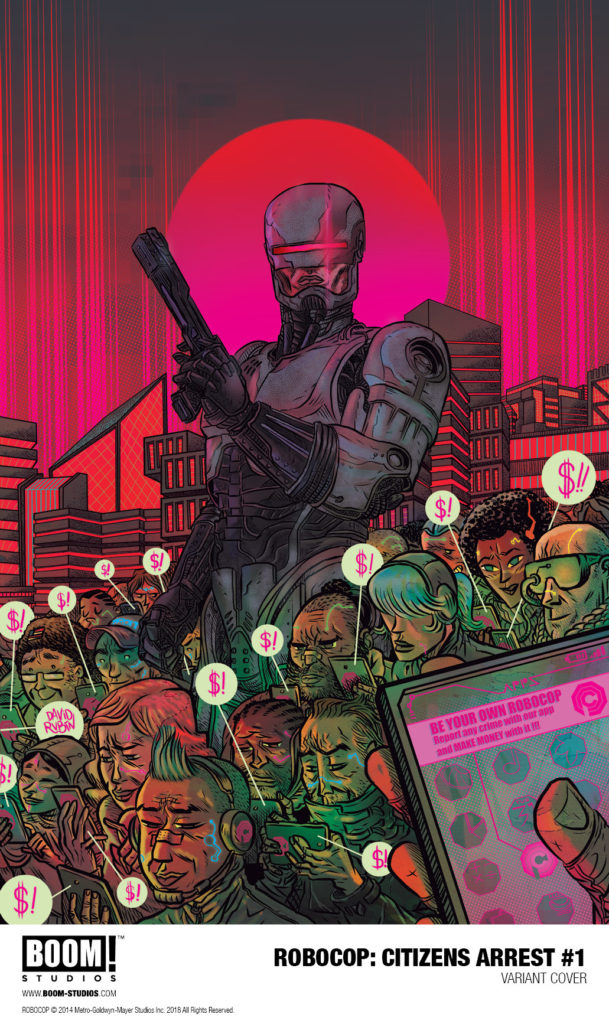 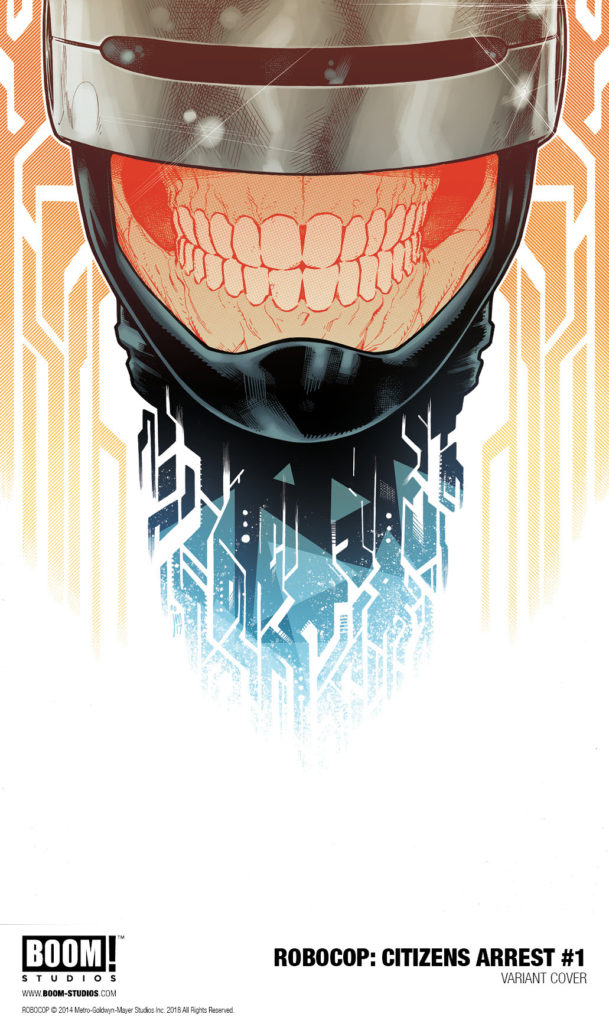 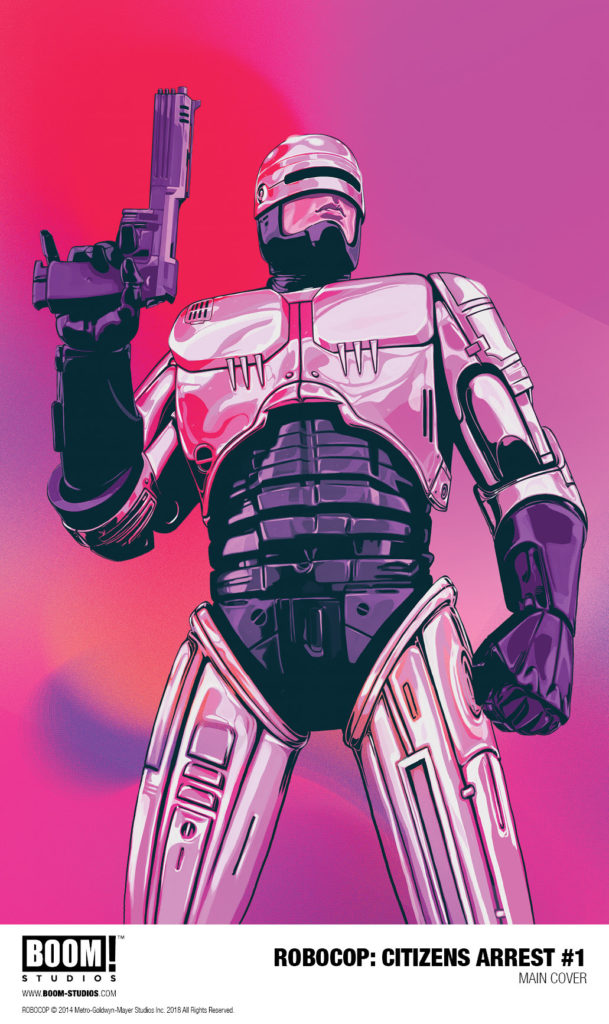