Dohhh-Reyyy-Egonnnnnnn – all the Ghostbusters are back in Ghostbusters 101: Everyone Answers the Call, a trade collection of all six issues now available for purchase!

After making their cinematic debut last summer, the latest iteration of Ghostbusters answered a new call in 2017 – appearing for the first time alongside the original Ghostbusters in Ghostbusters 101, resulting in a sold out debut due to overwhelming demand.

In this new adventure, the ghostbusting team of Holtzmann, Yates, Tolan, and Gilbert cross paths with Venkman, Stantz, Zeddemore, and Spengler, set in the long-running IDW continuity from the fan-favorite, critically-acclaimed, and prolific Ghostbusters comics creative team of Erik Burnham, Dan Schoening, and Luis Antonio Delgado who have collaborated on the IDW comics for the past five years. In addition, the new collection also features a special introduction by director Paul Feig. 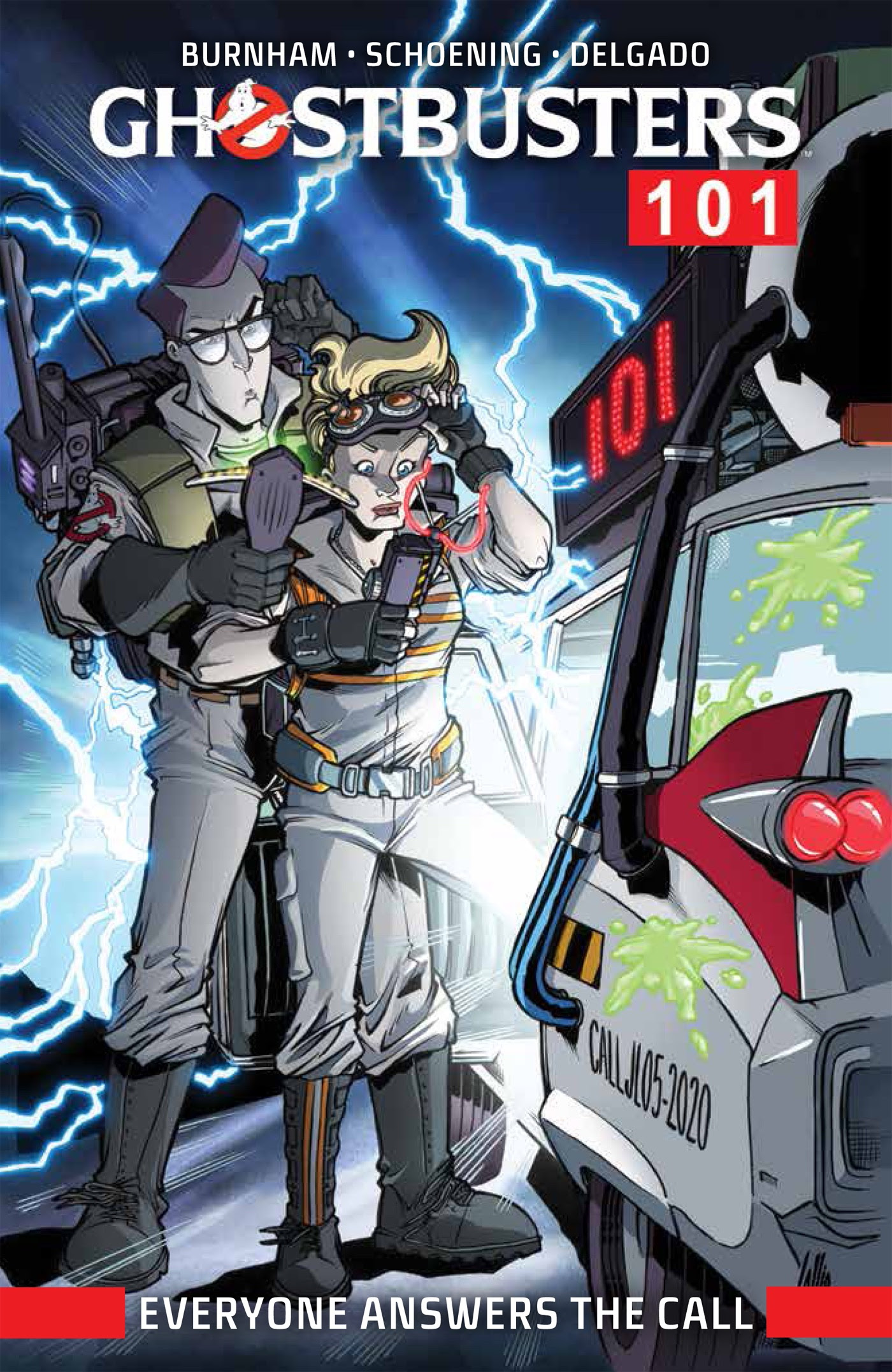 Ivan Reitman, Co-founder of Ghost Corps, in addition to director of the original films, said about the comic book event series, “I’ve always wanted to meld the two worlds. I think it’s important for the future that we bring it back into a single universe.”

When an inter-dimensional mishap merges together the Ghostbusters’ universe with that of the new crew of paranormal police, the fate of two dimensions (maybe more?!) hangs in the balance. Can these distinctly different teams come together to repel the greatest supernatural challenge any of them have ever faced? They’re going to have to find a way if there’s any hope for survival. Prepare for mass hysteria of the dogs and cats living together variety, because this time everyone… ANSWERS THE CALL!

Ghostbusters 101: Everyone Answers the Call is in comic shops and bookstores now. 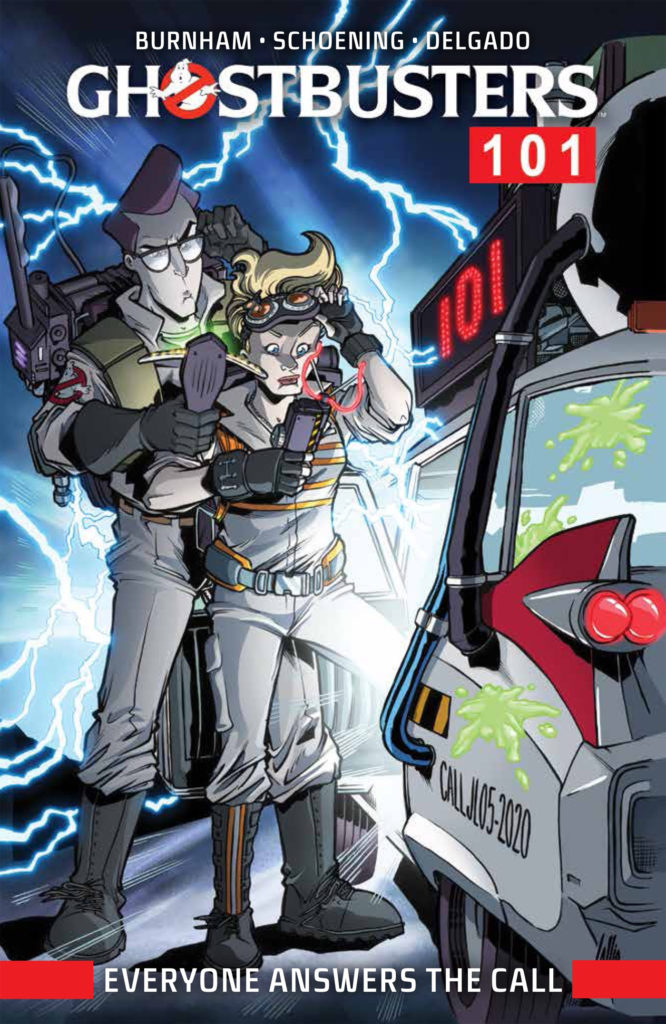