BOOM! Studios is proud to unveil a first look at CAPTURE CREATURES SC, collecting the fan-favorite comic series for the first time in February 2018. Frank Gibson (The Amazing World of Gumball, Bee & Puppycat animated series co-writer) and Becky Dreistadt (Tiny Kitten Teeth, Character Designer for Disney Television Animation’s Star vs. The Forces of Evil) present the fully-painted comic book that takes readers of all ages deep into the mysterious world of the Capture Creatures – over one hundred strange creatures with incredible powers who have suddenly appeared on Earth! It’s up to two teens to keep these creatures safe and discover their origins in this special collection featuring bonus pages and never-before-seen art from the creators, hailed by Hope Larson (Goldie Vance) as a “dreamy, magical story set in a world you won’t want to leave.”

“CAPTURE CREATURES is a beautiful love letter to everything I love in stories – incredible new worlds, learning to look beyond our preconceptions and, ultimately, the power of friendship,” said Shannon Watters, Editor, BOOM! Studios. “We’re excited to bring the entire CAPTURE CREATURES saga together for the first time in one volume, along with some can’t-miss new pages and material.”

CAPTURE CREATURES SC is the latest release from BOOM! Studios’ critically acclaimed KaBOOM! imprint, publisher of world-class licensed series such asSteven Universe, Adventure Time, Over the Garden Wall, Peanuts, and Garfield, along with original series like Brave Chef Brianna by Sam Sykes and Selina Espiritu, and The Deep by Tom Taylor and James Brouwer. KaBOOM! has been the home forAdventure Time comics since 2012 and has expanded into several limited series, original graphic novels, and a second ongoing series.

Print copies of CAPTURE CREATURES SC will be available for sale in February 2018 at local comic book shops (use comicshoplocator.com to find the nearest one) or at the BOOM! Studios webstore. Digital copies can be purchased from content providers, including comiXology, iBooks, Google Play, and the BOOM! Studios app.

For continuing news on CAPTURE CREATURES SC and more from BOOM! Studios, stay tuned to www.boom-studios.com and follow @boomstudios on Twitter. 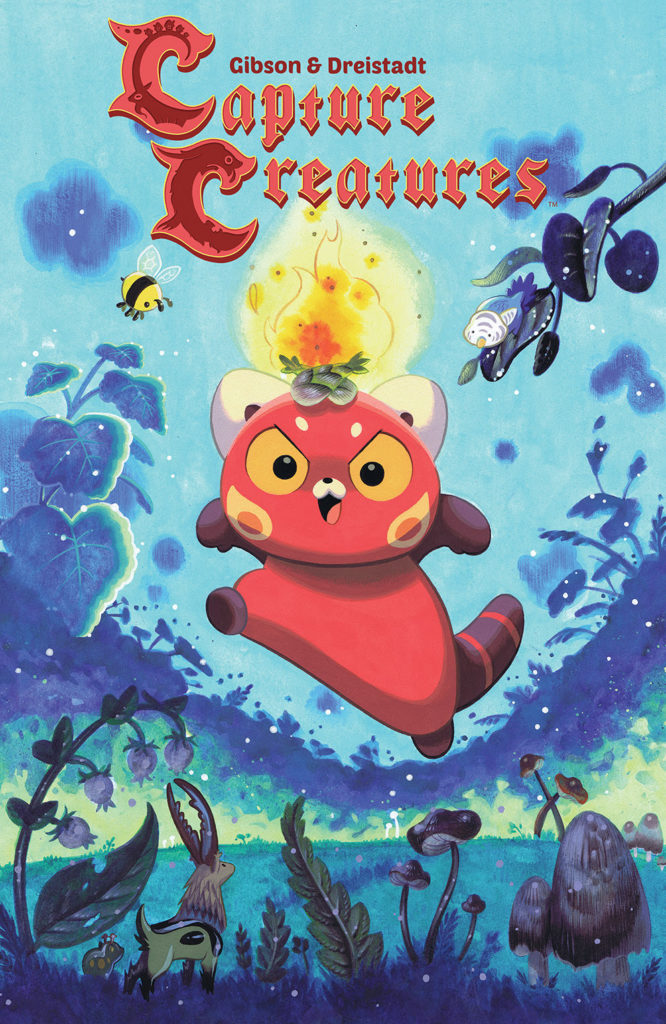