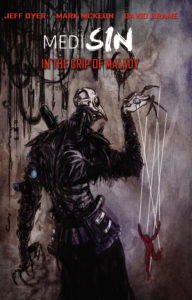 MEDISIN VOLUME 2: IN THE GRIP OF MALADY
Writer(s): Jeff Dyer and Mark McKeon
Artist Name(s): David Brame (Pencils), Joaquin Pereyra (Colors)
Cover Artist(s): David Brame
96 pgs./ T+ / FC
$11.99
MEDISIN is an explosive prescription of Suicide Squad and E.R., a medical drama in the face of super-villainy. Broken doctors gripped by their own moral and ethical dilemmas struggle to uphold their oath to “first do no harm” while tending to the worst villains in the world. Are they doing good, or promoting evil?
IN THE GRIP OF MALADY, the second collection of the series is a tightly written finale that wraps up the first six-issue storyline. Its mix of superhero and medical mythologies provide a detailed world of intriguing characters… who may not all survive the first storyline!“I hope readers give MEDISIN a try,” said Dyer. “We think our book offers more than typical superhero books. Along with action, this book gives you a lot to think about, exploring a concept that hasn’t been dealt with before. You’ll think about this story long after you’ve finished reading. And hopefully, you’ll want to see more stories in this world.”
The second volume of MEDISIN will be available in a comic book store near you on December 6, 2017. Preorder the book using Diamond item code OCT171067. 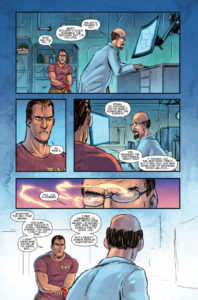 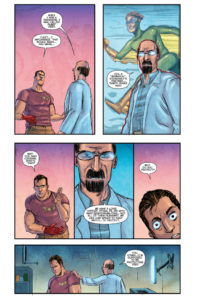 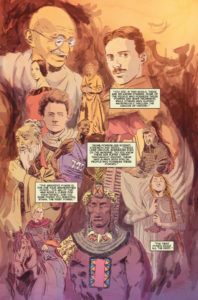 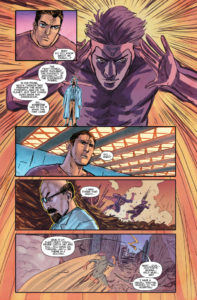