BOOM! Studios is excited to announce ABBOTT, a new, original comic book series launching in January 2018 from Hugo Award-nominated writer Saladin Ahmed (Marvel’s Black Bolt, The Crescent Moon Kingdoms novels) and artist Sami Kivelä (Black Mask’s Beautiful Canvas) about a female journalist of color in 1970s Detroit named Elena Abbott who investigates a series of grisly crimes the police have ignored—crimes she recognizes to be the work of a dark magical force—the same force that murdered her husband 10 years ago. As she looks for clues, Abbott puts herself in the crosshairs of a mysterious power out for more blood, all the while navigating a harsh social environment that’s structured to protect the powerful, and prevent access to change.

“Abbott is a brilliant, tenacious reporter covering everything from organized crime to police brutality, but she’s a shell of her former self,” says Ahmed. “She knows she won’t be whole until she unravels the mystery of her husband’s murder.”

Born in Detroit, Ahmed had been wanting to write a story set in his hometown, especially during a pivotal moment in its history.

“A cast of hippie wizards, black revolutionaries, and cranky newsmen also appear in ABBOTT, but the real co-star of the book is the city of Detroit,” says Ahmed. “Set in 1972—the year Nixon was re-elected and Motown Records left for Los Angeles—ABBOTT takes place against a backdrop of white flight and black renaissance in Detroit.”

Ahmed has received critical acclaim for his first comics project, Black Bolt for Marvel, which launched this past summer. Abbott is his first original comic series. Sami Kivelä has also been enjoying critical success with his recent Black Mask title, Beautiful Canvas.

“I’m very excited to bring Abbott and her world alive,” says Kivelä. “She’s a fascinating character, and I can’t wait for people to explore ’70s Detroit and its shadowy secrets with her.”

ABBOTT #1 has a main cover illustrated by Taj Tenfold (Sisters of Sorrow) and a variant cover by Micaela Dawn (Victor LaValle’s Destroyer). Print copies will be available for sale in January 2018 at local comic book shops (use comicshoplocator.com to find the nearest one) or through the BOOM! Studios webstore. Digital copies can be purchased from content providers like comiXology, iBooks, and Google Play, and on the BOOM! Studios app.

”Saladin and Sami are two of 2017’s breakout stars, and we could not be more excited to bring them together to kick off 2018,” says Eric Harburn, Editor, BOOM! Studios. “A story about the systemic evils of oppression and prejudice that plague our country and the one woman brave enough to stand up against them, Abbott is an exhilarating, thought-provoking series that could not be timelier, despite its 1970s setting.”

For continuing news on ABBOTT and more from BOOM! Studios, stay tuned to www.boom-studios.com and follow @boomstudios on Twitter. 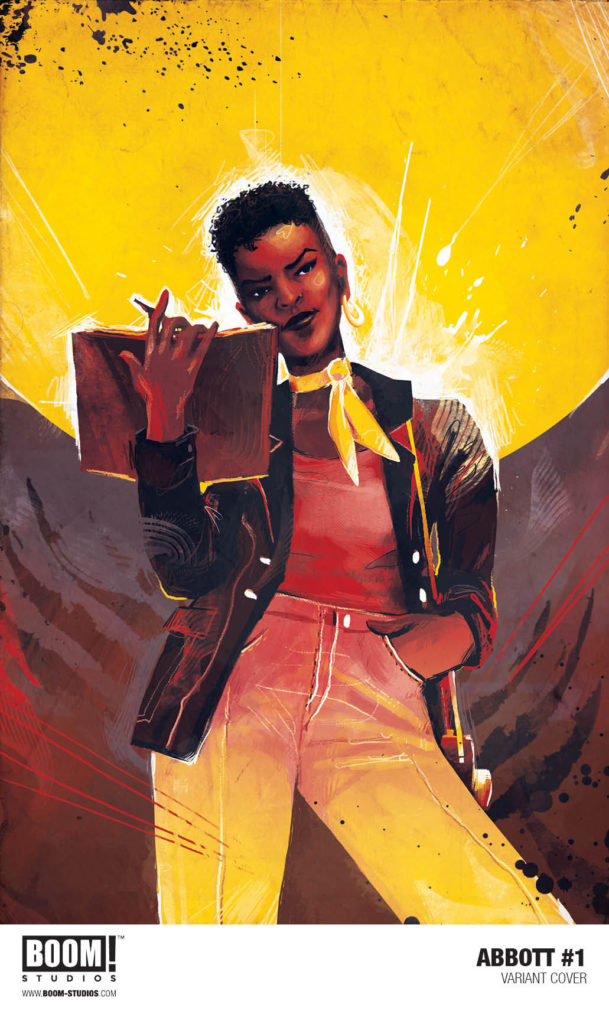 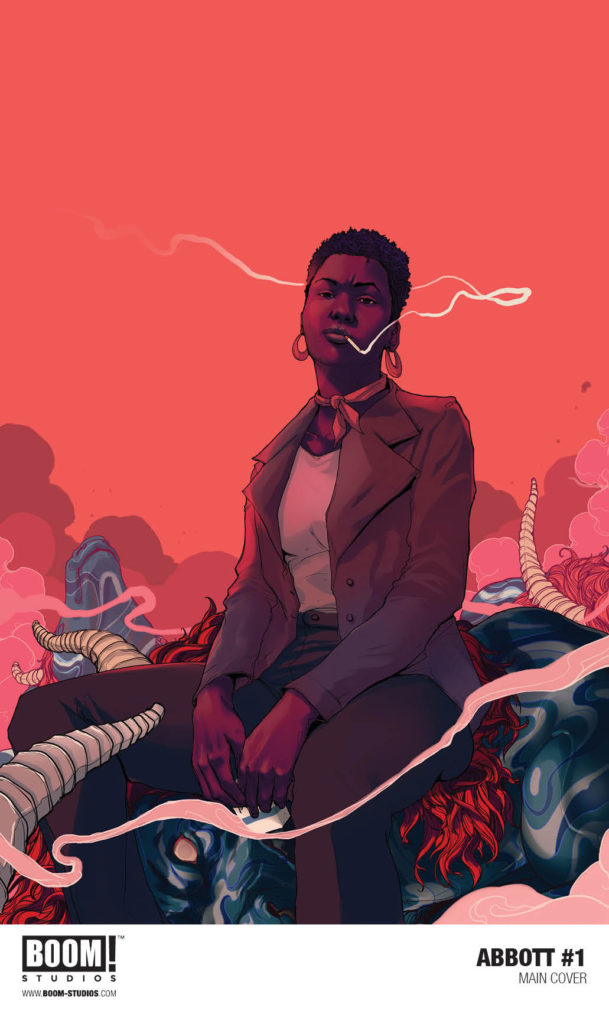