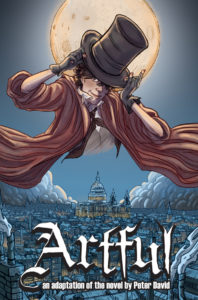 Peter David will not be Tryke Kemnitz‘, straight man. Tryke has written him demanding that he do so many times over the years, and David has steadfastly replied with a simple and terse “no.”

I have always suspected that David fully understands what Tryke is doing. David is a smart and funny guy and knows that by answering with a simple and terse “No,” he’s already become the straight man, whether he agrees to or not. [*]

It’s a subtle kind of humor. But it’s David’s kind of humor — clever, a little cerebral, and largely unspoken.

Which is a long way of explaining that this graphic adaptation of David’s novel “Artful” isn’t something you should try to breeze through. It’s thick and heady and very, very bright.

It’s hard to say if this is due to the skillfulness of D’Andria’s adaptation or the quality of the original source material. But in graphic form, “Artful” manages to deliver the quirky sequel to Oliver Twist you never asked for without being waylaid by the trappings of the Dickensian tone maintained in the original work.

Let’s face it; we’ve all thought Dickens work would have benefited from more vampires. (Although, one could make the case that Dickens was was more of a magical realism type author at heart, but I digress…) David is a great writer, a nice guy, and really how to tell a good character-based story.

Neubert does good work of illustrating the story, although the action moments are far and few between, the facial expressions and characters are expressive and consistent.

That’s a long way of explaining that this is a pretty good comic.
The bottom line: You should buy this. It’s a great collection. 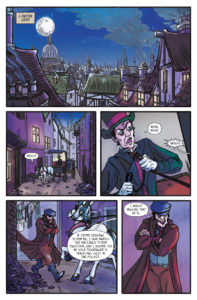 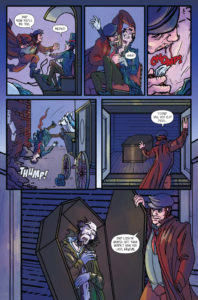 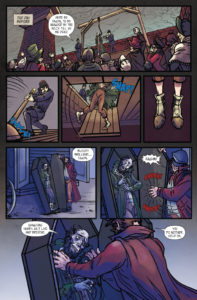 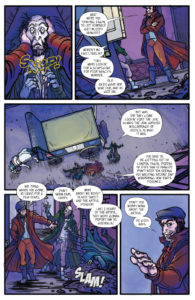 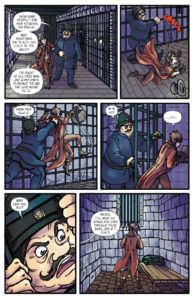 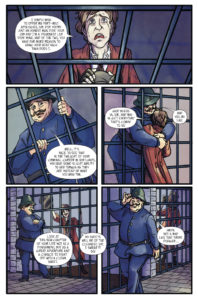 *(For the record, this story may be a fabrication on my, David’s, or Tryke’s part. And yeah, that’s really his name. He runs a nifty little comic shop in Lake Geneva. Wisconsin where he yells at looky-loos and otherwise lives out his childhood dreams. )
Please follow and like us: