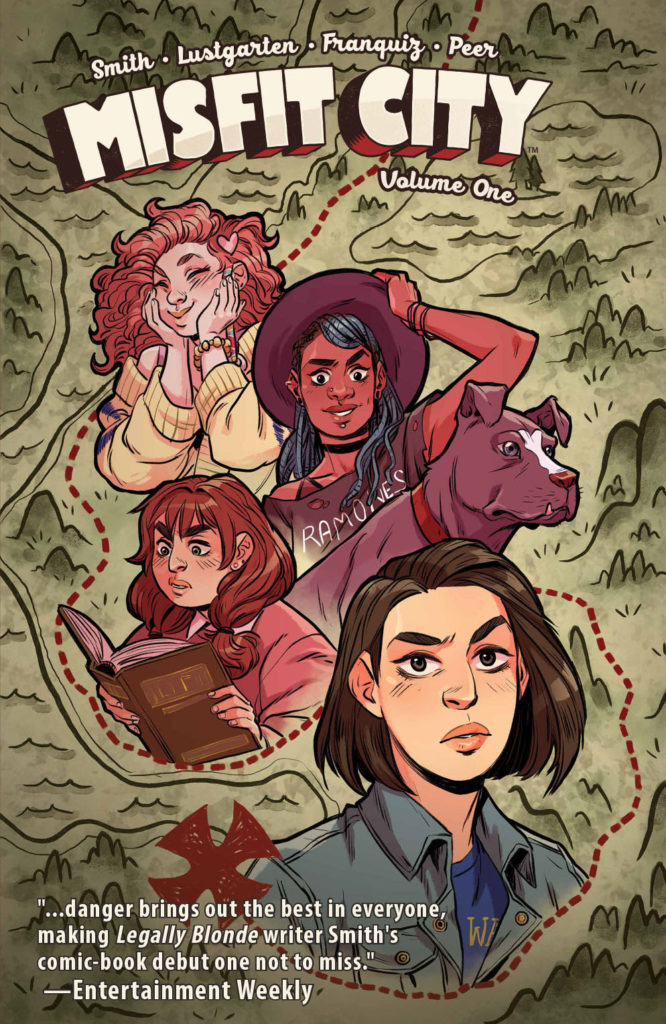 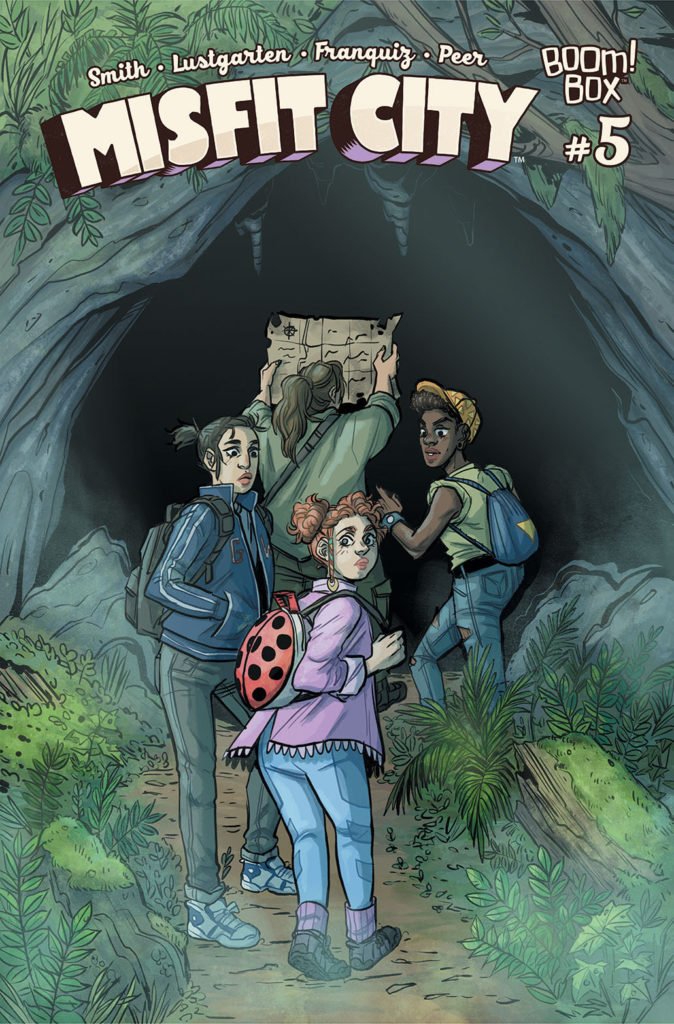 The critically acclaimed MISFIT CITY, from screenwriter Kirsten “Kiwi” Smith (Legally Blonde, 10 Things I Hate About You), co-writer Kurt Lustgarten, and artist Naomi Franquiz, kicks off its climactic second story arc in September as the hunt for Black Mary’s treasure reaches a dramatic conclusion, BOOM! Studios announced today. With critical acclaim from all corners, including Entertainment Weekly’s “Must List,” MISFIT CITY is the newest smash hit from the innovative BOOM! Box imprint of BOOM! Studios.

MISFIT CITY is the story of Wilder and her friends, whose hometown is where they filmed that cult kids’ adventure movie in the ’80s. Nothing ever happens there, until one day they come upon a centuries-old treasure map drawn by the infamous pirate Black Mary, launching a life-imitates-art adventure in the town they all dreamed of escaping.

“After discovering a secret entrance to the caves at Bootlegger’s Bluff and finding Captain Denby still alive, the next story arc of MISFIT CITY will follow Wilder, Macy, Dot, and Karma as they continue to hunt for Black Mary’s treasure,” says Smith. “Their friendship will be tested as romantic entanglements threaten to break the group apart and the stakes are ratcheted up on their adventure. Expect more crackling banter and a hoard of pirate booty… and surprisingly agile assists from Pippin, the dog with no sense of smell.”

“Fans of the series have been incredible with their support and we’ve had so much fun getting to meet them at signings, conventions, and on Twitter,” says Lustgarten. “Apart from connecting with so many people, the whole experience has been bonding for us as well. It’s our first comic, and our first produced ‘credit’ together, so it’s a true labor of love. This is our baby, so we’re glad it went to school and made friends.”

Print copies of MISFIT CITY #5, which kicks off the second story arc, will be available for sale at local comic book shops (use comicshoplocator.com to find the nearest one) or at the BOOM! Studios webstore starting September 20. Digital copies can be purchased from content providers like comiXology, iBooks, Google Play, and the BOOM! Studios app.

Retailers, please note MISFIT CITY #5 has an FOC date of August 28 and on-sale date of September 20.

Fans, place your pre-orders with your local comic shop by August 28 to guarantee your copy of MISFIT CITY #5. The issue comes out September 20. MISFIT CITY VOL. 1, a softcover collecting the first four issues, is also available for pre-order and comes out in December.

For news on MISFIT CITY and more from BOOM! Studios, stay tuned to www.boom-studios.com and follow @boomstudios on Twitter.