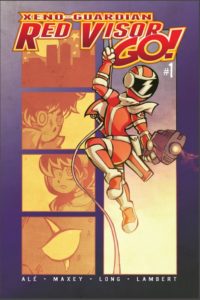 Available now on Comixology and also from the comic’s website.

Catalina and Alex are sister and brother, living in the metropolis of Vita. They’ve moved around a lot due to their dad’s job, and now live in an area where there is dilapidated buildings, underfunded schools, and lots of crime. They bonded over the TV show “Xeno Guardians,” about a group of kids who fight crime a la the Power Rangers, and have the chance to meet a member of the team at a Comic Con. Naturally, they’re excited. When the actor turns out to be a no-show to his own Q & A, Alex is disappointed so Catalina looks for a souvenir that will make him feel better. That’s when she finds the Red Visor glasses and something unexpected happens. A new Xeno Guardian appears at the Con to help.

The story is always what pulls me in to a new book, and the writing/plotting here is solid. The kids belong to a close-knit family that have always had each other through a lot of changes from good situations to not-so-good. I like that they focus on things that are familiar to them – a favorite shared TV show and going to Mass. Religion isn’t a plot point; just something they share. Despite the fact that Catalina’s family has moved over and over, they still believe in community and making wherever they are better. It’s an important message, but just presented as a fact and not as an achievement.

The art fits well with this story – it has a manga-like feel that complements the hero’s genre. All of the characters look universally young, but it’s not a detriment given the target audience of the book. They style falls somewhere between Todd Nauck’s Young Justice, Mark Stegbauer’s Ghoul Scouts and Caitlin Rose Boyle’s Jonsey. The action is good, and even the moments where people are just talking aren’t static. The feeling of movement is in every panel, which is something that not every artist can do instinctively.

While this is a complete story in itself, the world-building alone makes it worth a longer story. Hoping this catches some buzz and the Xeno Guardian can continue to provide a hero for anyone who needs one. 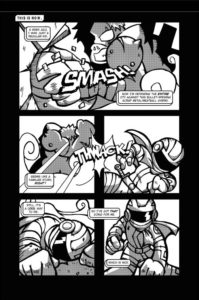 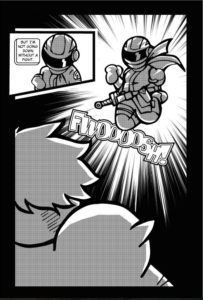 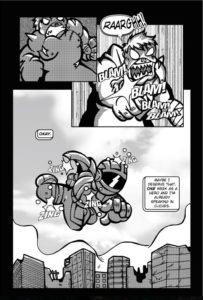 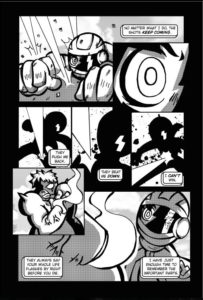