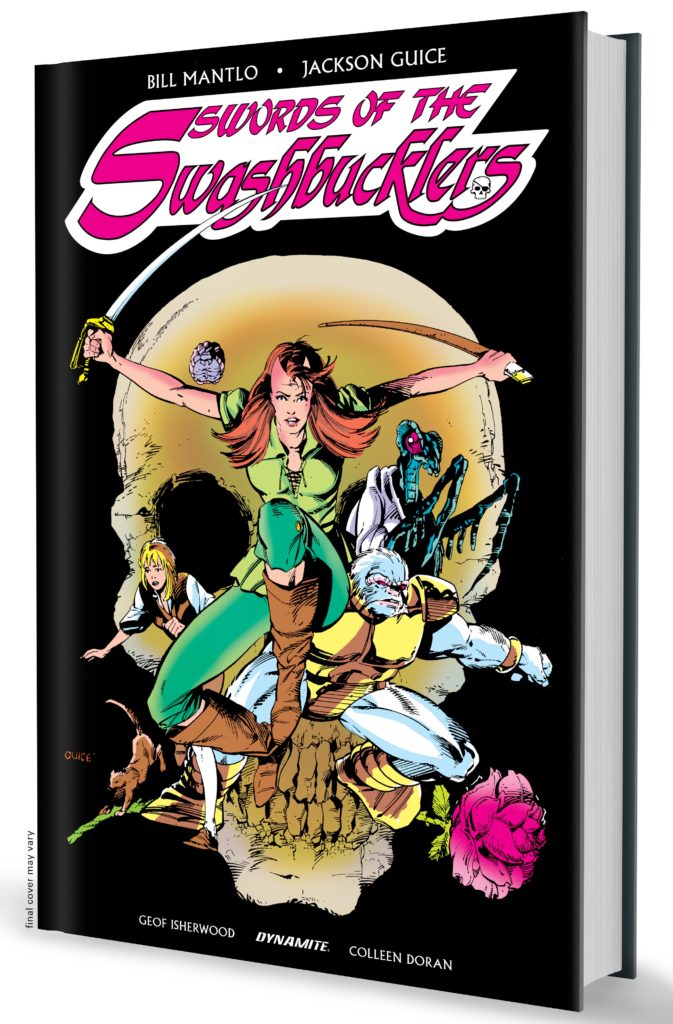 Dynamite Entertainment is proud to share the exciting news that thanks to the overwhelming support and effort made by comic book lovers everywhere, the Swords of the Swashbucklers Kickstarter successfully attained its goal after an exciting, month-long campaign. Thanks to the more than 800 backers, Dynamite will now not only restore the beloved series, but also bring the tale back to life with all-new adventures after more than twenty-five years out of print! Legendary screenwriter, producer, comic book writer, and novelist Marc Guggenheim (X-Men Gold, The Flash, The Amazing Spider-Man) has been tapped to write the new ongoing Swords of the Swashbucklers series, which is slated to land in stores December, 2017.

Following the success of the original Kickstarter campaign, Michael Mantlo, brother of Bill and spokesperson for the Mantlo family stated, “Earlier this year, a Kickstarter campaign was set up to fund the re-release of Bill Mantlo’s & Butch Guice’s The Swords of the Swashbucklers. By ALL accounts it was a tremendous success, and now, after more than a quarter of a century out of print (and out of sight), the epic space opera has returned in a gloriously remastered edition AND in a new series that will continue the adventures of Domino Drake and the crew of the Starshadow!  The hope is that this endeavor will introduce the Mantlo/Guice masterpiece to a whole new generation of fans.  On behalf of Bill Mantlo, I’d urge everyone to carry this wondrous story far into the future by signing on for the journey through the purchase of these books.  Not only will you get to enjoy a magnificent tale, you will also be helping support Bill Mantlo finally being able to improve his quality of life, and having the opportunity to experience the joy of knowing just how loved and respected he is by the comic book community.”

The Swords of the Swashbucklers co-creator Butch Guice says, “I am both humbled by and extremely grateful for the tremendous outpouring of support the Swords of the Swashbucklers Kickstarter launch received earlier this year, and am excited to see these characters being published again for fans old and new. My participation in telling the adventures of Raader, Domino, and the gang hold a very special place in my memory, and it is extremely gratifying to discover they are so fondly remembered by others as well. Thank you to everyone who has had a hand in putting this launch together, and thank you to the many people who have helped make this revival happen.”

Lawrence Klein, attorney for the Mantlo family added, “I wanted to be Bill Mantlo when I was a kid, a lawyer and comic book writer. I fondly remember meeting Bill and Butch at a small comic shop in NYC way back when. Now grown up, sort of, I am thrilled to work with Bill, Butch and Dynamite to do my small part and bring a great story and many new ones to the published page. It is amazing to see the continued support for these stories and especially the love for Bill. Thank you Bill and Butch for a great legacy in comics.”

Writer Marc Guggenheim said, “Swords of the Swashbucklers has long been a favorite of mine and it remains one of the great high concepts in all of comics, which is unsurprising when you consider that Bill Mantlo and Butch Guice were the creative forces behind it.  I’m humbled to continue their work and looking forward to introducing this remarkable comic to a whole new audience.”

Hailing from Long Island, New York, Marc Guggenheim served as a lawyer in Boston while working part-time as a writer, until one of his earliest scripts led him out west and directly into the television and movie industry.  His first television project was ABC’s The Practice, before moving on to write several television smash-hits, including Law & Order, CSI: Miami, Eli Stone, Arrow, and most recently Legends of Tomorrow. His feature film credits include 2011’s Green Lantern and 2013’s Percy Jackson: Sea of Monsters. After the launch of his successful career in television and film, Guggenheim decided to turn his attention to comics, and has since served as writer on many of the top comic book franchises in the industry’s history, including Aquaman, Wolverine, The Punisher, Blade, The Flash, The Amazing Spider-Man, Young X-Men, and Super Zombies. Guggenheim currently serves as executive producer on the Emmy Award-winning Netflix series, Trollhunters from Guillermo Del Toro.

“We are so proud that we were able to achieve our goal and bring attention to Bill Mantlo’s heartbreaking story, but we could not have accomplished this incredible feat without the help of our fans, backers, and all of the amazing creators we work with on a daily basis that rallied the support for one of their own,” says Nick Barrucci, CEO and Publisher of Dynamite Entertainment.  “By bringing on the always incredible Marc Guggenheim to serve as writer, we can guarantee the new series will show the proper respect for Bill Mantlo’s work, while introducing an entirely new generation to the series that inspired so many of the great creators throughout the comic book industry today!” 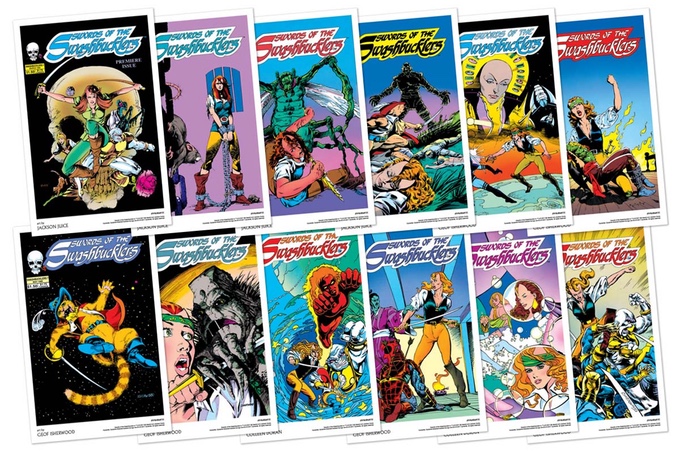