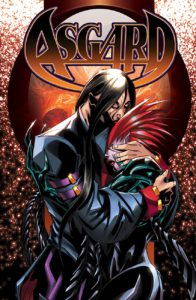 Asgard, is a mix of theology, mythology and science, telling the story of human design and the creation of the universe.
———-

The story starts out with Huginn and Muninn scouring the Nine Realms for the Seals of Creation. Their search takes them to Mt. Olympus, home to one of the many Pantheons, as it’s in the process of being burned to its foundation by the Phage. Zeuss still sits on his throne, a desiccated husk of a corpse left behind as his realm crumbles around him. The sisters move on, holding onto the hope that they’ll have some remnant of a home to return to.

In the Pantheon of Asgard, Wotan, King of the Aesir, has fallen and Loki is all that’s left. His attempts to gather the Kindred, those members of the Pantheons who wield the power of the Ether, have failed. Broadening the scope of his plans, Loki looks to the future. Settling on a primitive planet, populated by primitive almost-people, Loki determines that with the right push the indigenous could grow into a tool to be used in his war. Taking a huge leap forward, we find that Loki is still working his schemes to stop the Phage, still searching for the Seals of Creation that are the only hope of the stopping the advancing menace. But in the future, it isn’t just the dwindling members of the Pantheons who are able to manipulate and control the power of the Ether. Certain humans have developed the ability, and that could be a very good thing. If the gods weren’t able to stop the Phage, maybe an empowered Humanity will be better able to hold the line.

That’s a lot going on there, isn’t it? And that’s only the barest scratch on the surface of what’s happening in the inaugural issue of Asgard, created, written, and drawn by first-timer Ben Jones. It’s an insanely, humongously, outrageously enormous task he’s taken on here, and after reading his first installment I can say with all sincerity that 56 pages just wasn’t enough (Amazon lists it at 72).

I had a chance to chat with Ben a bit through emails, and I was impressed with his ambition. His single overriding goal with creating Asgard was to put out an independent comic that could sit side by side on the shelf with anything put out by the larger publishers, and do it with pride. Visually, I’d say that he’s accomplished that here. Asgard is, dare I say it, a gorgeous book. Jones’s artwork is head and shoulders above what I’ve seen from many indie books, complete with sweeping splash pages displaying cosmic vistas that brought some of Kirby’s more cosmic visions to mind. If there’s an area of his work that does need some polish, it would be in the action. There are panels that are so densely packed that some of what’s going on in them gets a little lost. If Jones can script his action scenes with an eye a bit more toward flow, his artwork will be hitting the next level. Which is a step… check out his DeviantArt page for a look at his work.

Which brings me back to the story. As I said, the 56 pages I had my grubby mitts on just wasn’t enough to cover everything that’s been worked into this series intro. Ben Jones is building a huge and intricate universe here, incorporating multiple mythologies into his hierarchy of Pantheons, crafting a system of magic and science that weaves in and out of the story itself, and covering a span that goes back to the dawn of time. It really is ambitious, and could lead to the single critique I might have for Asgard… its pace. There are gaps in the narrative, jumps in the action that were at times tough to follow. I think it all comes down to the amount of information that Jones is trying to impart here. Seriously, I think there could have been three issues, all of the same 56 page length, to introduce these concepts and characters. There’s a lot of awesome going on in these pages, and I would’ve liked the chance to have a little more time taking it all in.

Also, and I could be wrong here, I got the impression that Ben might have fallen victim to a pitfall of many new writers. There are writers out there who have so much story to tell, and are so intimately acquainted with their concepts and determined to put it out there, that they can lose track of the fact that the reader doesn’t have their level of familiarity with the story, and has to catch up. We’ve all done it in various areas of experience. We can have such a solid grasp on a concept or idea that in trying to explain it, we just forget that others may not know everything that we know and something can get lost in the translation.

Asgard is a huge story, and I’d like to see Ben Jones have more time to tell it. There’s a cast of characters with a lot of potential for growth and development, and it’s obvious that he doesn’t suffer from a lack of ideas bouncing around in his head. My hope is that he’s able to find the sweet spot in his narrative, the pace that lets him fully embrace the universe he’s creating, and get it out into the hands of readers eager to take it in.

I’m looking forward to the next installment of Asgard, just to see where we’re going next. 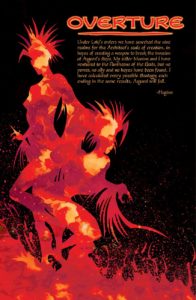 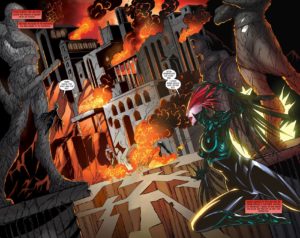 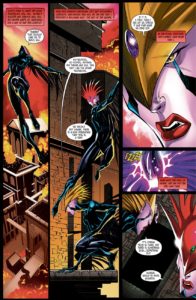 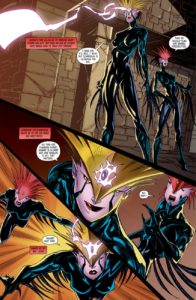 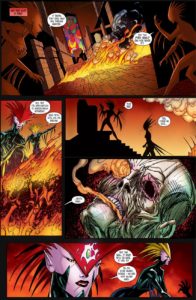 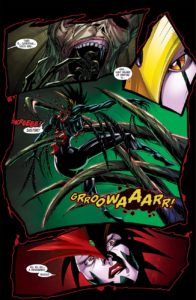 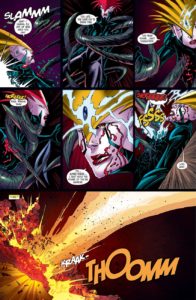