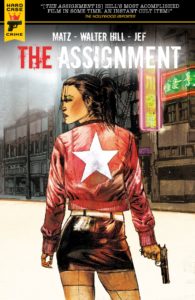 Hitman Frank Kitchen’s assignment to kill a celebrated art collector, who’s fallen behind on his debts, takes a turn when his victim’s sister, a sociopathic surgeon, decides to punish him in the unique way only she can. Abducted and operated on against his will, Frank awakens in an altered condition – but with a hitman’s hunger for revenge…
———-

The life of a hired killer is one full of danger. The odds that at some point in time, you’re going to be facing someone looking to exact revenge for a life you’ve taken is more a matter of when than if. That said Frank Kitchen embraces the life of his chosen profession. He’s quick and efficient, he keeps himself at the top of his game through training and experience, and he understands how to do business in the realms of underworld crime. What he isn’t prepared for, however, is how to react when he becomes the focus of a sociopathic surgeon out to exact retribution for the death of her heavily in debt brother. What she’s going to take from Frank has nothing at all to do with death.

This story by film director, screenwriter, and producer Walter Hill (The Warriors, Hard Times, 48 Hours, Sothern Comfort, Red Heat, and Last Man Standing to name just a few of his credits), written by France’s Matz (aka Alexis Nolent), is all about revenge in all of its various flavors… at least on the surface. Beneath the simple action movie shoot ‘em up premise, there’s a bigger psychological play going on. Frank Kitchen is the penultimate tough guy. He’s violent, he’s lethal, and he’s got one helluva game when it comes to scoring the cheap and sleazy one-night stands whenever the mood hits.

Along comes a plastic surgeon that’s gone completely off the rails. When Frank kills her brother to fulfill a contract, she targets him for payback. Already deeply involved with one of Frank’s steady customers, a powerful crime boss named Gleason, the doctor begins working toward her goal. With some planning and a hefty pile of money, Gleason arranges to have Frank delivered into her care. When she’s done with him, Frank isn’t anywhere near the man he used to be.

Forced to adjust to his new situation, Frank turns to booze and the occasional random act of violence. What he discovers is that he’s still able to deal out his own brand of rough justice. So begins the second act of The Assignment (an interesting double play on words, now that I think about it…), as Frank works his way through the food chain of Gleason’s operation. His end goal is to make his way to Gleason himself, and then on to the surgeon who so drastically changed his life. Surgically altered as a woman, as fully and completely as is medically possible, Frank now has to decide who he wants to be.

The art by French artist and designer Jef (aka Jean-Francois Martinez) is graphic, in both the violence and the sexual situations that play out in the book. Adapted into a movie, I would have to say that there would be some cuts made if the filmmakers were determined to stick to an ‘R’ rating. What’s more interesting is that Jef’s character designs make things a little more believable. In the beginning, Frank Kitchen would have to be described as something of a “pretty boy”. When the reveal comes and we see Frank in his new skin, it’s a little less jarring and unbelievable than it might have been (although I still have trouble figuring out why the hell Frank would go on his revenge-fueled bloodbath wearing stiletto heels, but he does manage it with style and grace).

The underlying story dips into the very relevant topic of gender. What defines “gender”? Is it a simple matter of physiology over psychology, or vice versa? When Frank asks the question, “What they’ve done to me… what does it make me?” the simple revenge story takes a step back, and is replaced by the concept of both personal and gender identity. Frank looks every bit a woman, but that hasn’t changed his own perception… at least, not at first. Now that he’s the object of men’s desires, desires that up until very recently he felt and very often indulged in, Frank is forced to experience the seedy flipside. While his change in character might come across as a little fast, maybe a bit contrived, it still fits into the framework of the story… there isn’t time to fully explore the multitude of mental adjustments it would take to reach Frank’s level of acceptance. As the creative team opted to reach for a healthy dose of artistic license in many aspects of the book, the reader’s going to have to indulge in a bit of suspension of disbelief in order to get to the good stuff.

Overall, this is a good, gritty, down and dirty action story, with deeper layers of social relevance to be taken in and enjoyed on either level. Or both levels. However you choose to look at it, neither aspect of the book really gets in the way of the other. It all comes together into a solid crime noir kind of book, chock full of graphic content to shock and thrill.

Or both? Whatever, I don’t judge.

PS- Walter Hill did get his movie made, starring Michelle Rodriquez, Sigourney Weaver, and Tony Shalhoub… check out the trailer here. 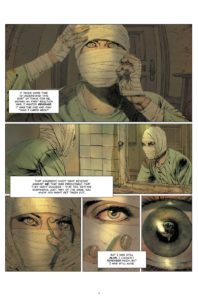 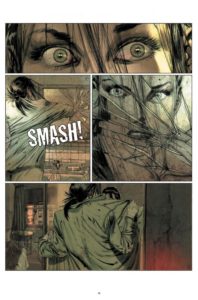 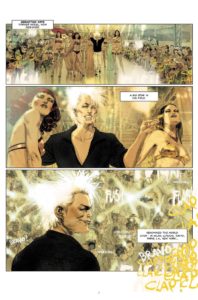 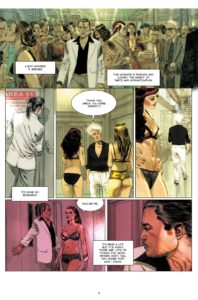