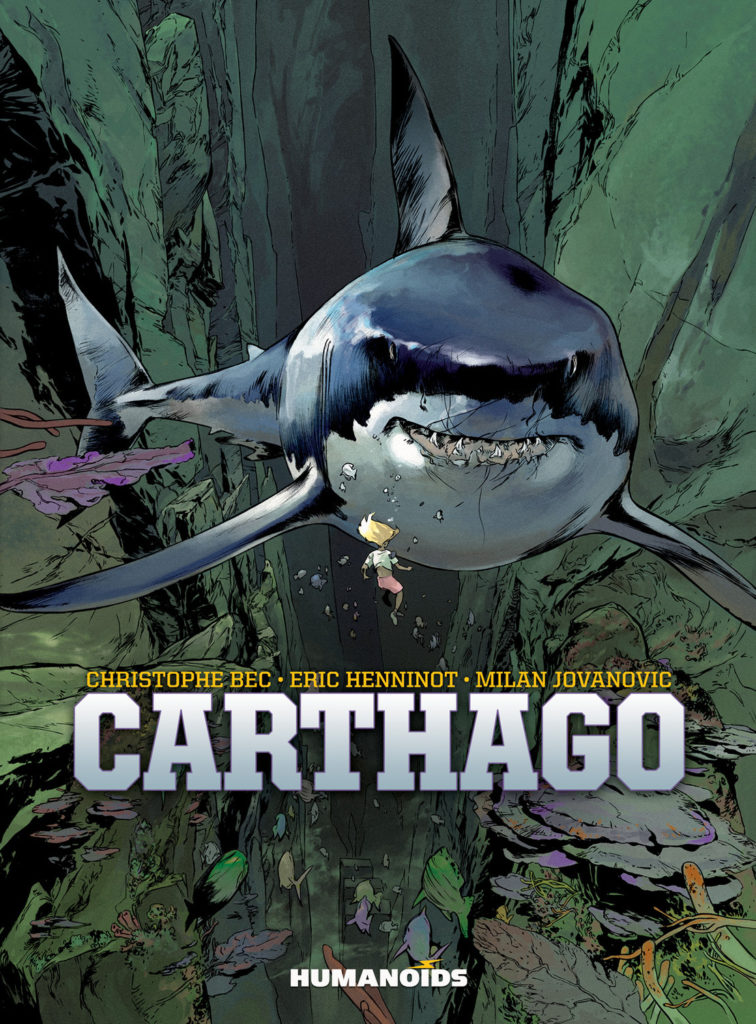 I picked up, flipped through, and immediately bought “Carthago” by Humanoids Publishing the other day.  First a word about Humanoids for those who don’t know.

Humanoids Associates is a French publishing house, founded in 1974 by among others, if you don’t know the names, such international comic luminaries as Moebius and Phillip Druillet.  Humanoids was behind the “Metal Hurlant” magazine, which was renamed “Heavy Metal” when it was licensed and brought to America in the late 1970s.  In 1999, Humanoids tried to crack open the North American market by launching Humunoids Publishing (which had a brief flirtation with DC comics before reverting to independence).

Since 1999 Humanoids has been bringing high quality, translated, European graphic novels into the United States.  Among their best are “Sanctum”, “Son of Gun”, Jodorowsky and Mœbius’ “Technopriests” & “Metabarons”,  “Clockwerx”, “I Am Legion”, “Muse”, ‘Deicide”,   “Lucha Libra”, “Alliance of the Curious”, “Zombies That Ate The World”, and “Fantastic Voyage of Lady Rozenbilt”.  I’m probably missing some.  There really isn’t a bad book in the lot.

From a narrative stand point European graphic novels are a bit more meandering, and less dramatic than you may be used to, but and the difference in style is what make Humanoids’ books engaging.  Plus, the production quality is gorgeous, and the price point decent.

According to the Humanoids PR blurb “Carthago” written by Christophe Bec, with art by Eric Henninot, Milan Jovanovic is about “The insatiable quest for natural resources, humans  searching further and deeper into the earth, threatening to unleash monsters thought to be long gone… The megalodon, the prehistoric ancestor of the great white shark…an 80 foot killing machine extinct for millions of years…”

That blurb doesn’t do the book justice and doesn’t really touch on what’s going on, which I’m not going to spoil for you.  While there are a couple of awkward, annoying story cliché’s, the story was expansive and the characters engaging.  And it comes with one of those cool attached, cloth book marks, which comes in mighty handy since the book is a fittingly hefty 285 pages.

It’s really a story of different kinds of ambition, set among majestic, sprawling art, and phenomenal coloring.  It is about the ocean, and captures the awe of its fathomless depths well.  Set in modern times, yes, there are megalodons and a menagerie of other prehistoric sea creatures, but what sold me, flipping through the book, was the mysterious, ancient, cyclopean, underwater megaliths!  I know, right!

Your local comic store will be able to order the book for you if it is not in stock, if they can’t or won’t you can always order directly from Humanoids at www.humanoids.com.

Note: “Carthago” should not be confused with “Carthago Adventures” set in the same world, and while those books may be as good as “Carthago” I haven’t read them yet, so cannot say. 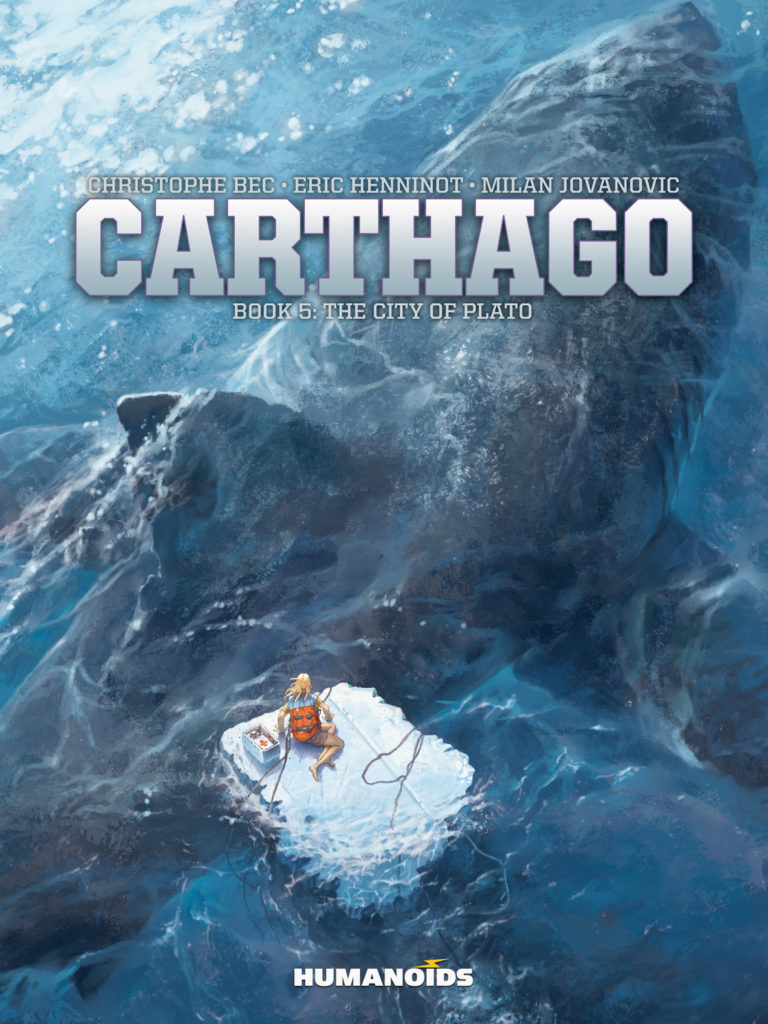 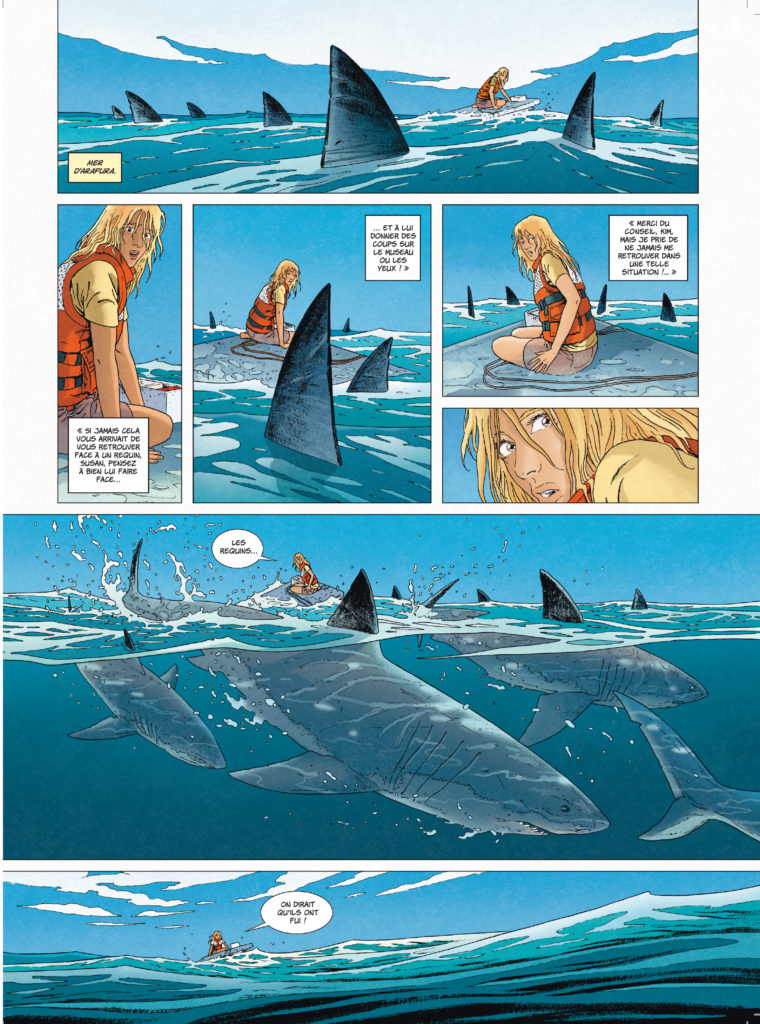 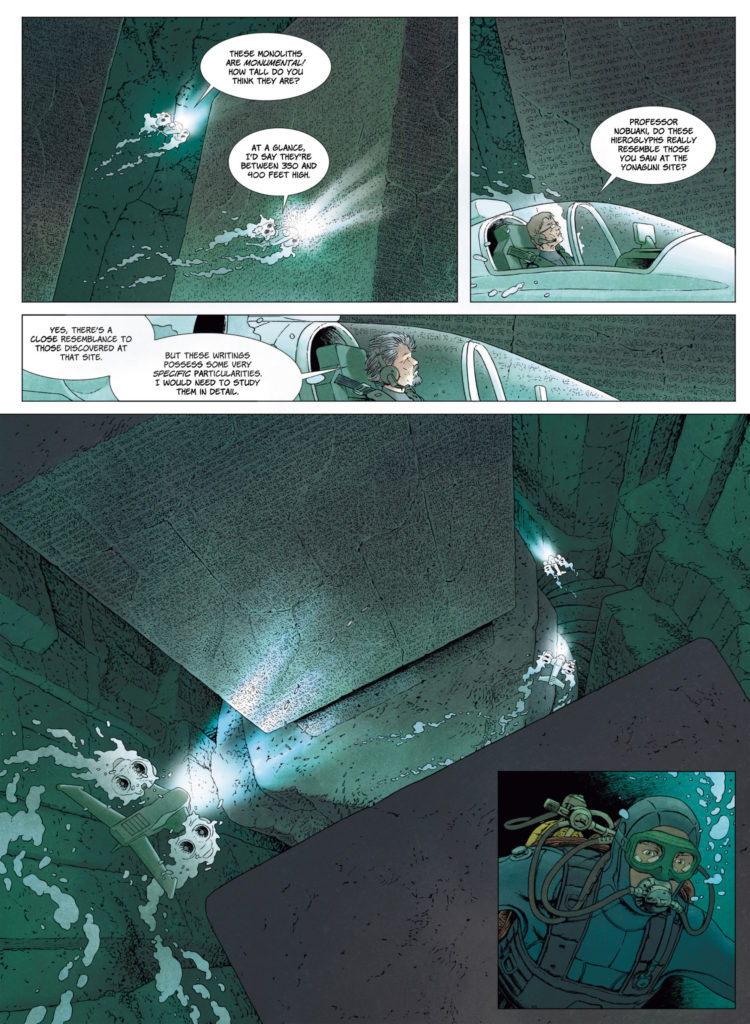 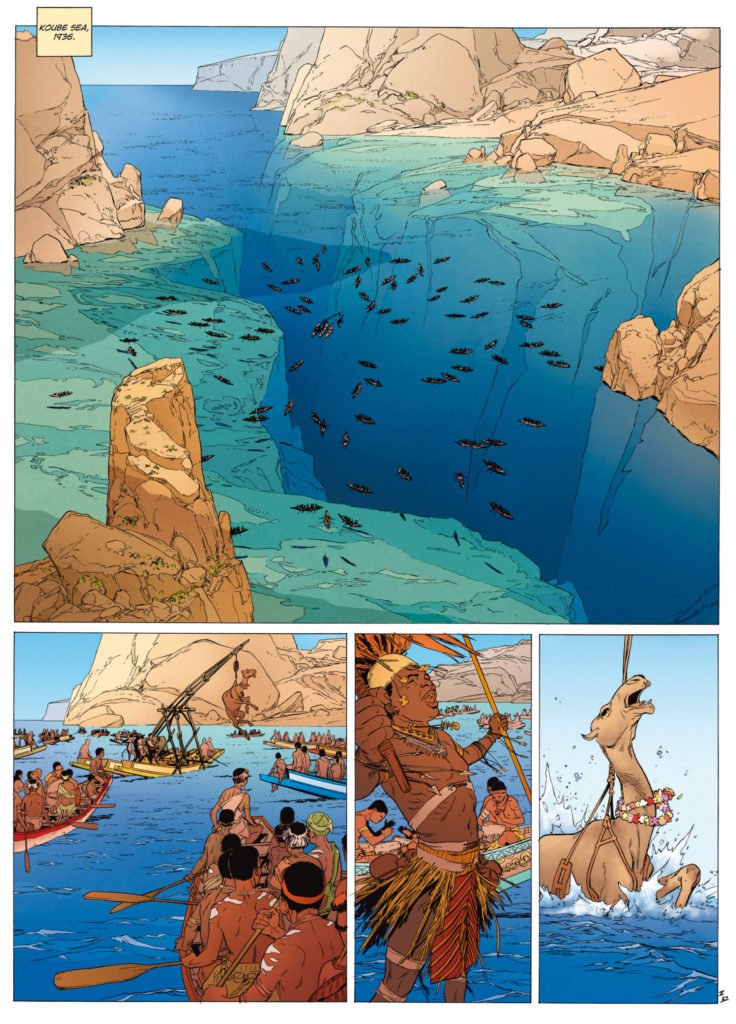