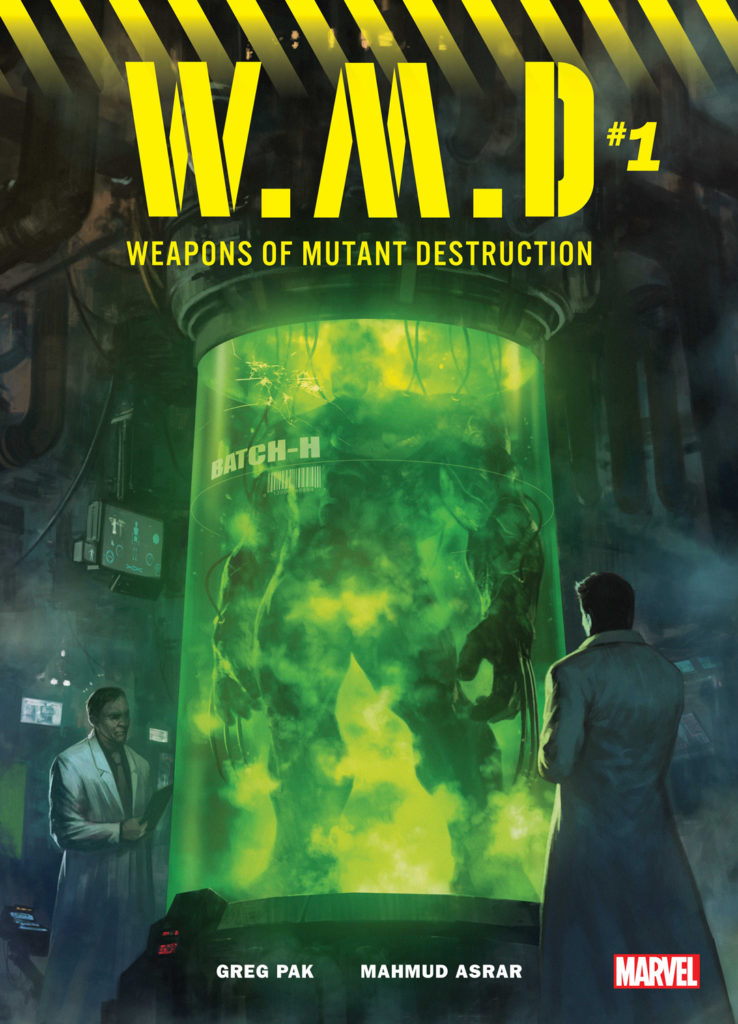 This June, the claws are coming out as two of Marvel’s biggest comics collide in a hard-hitting crossover for the ages! Today, Marvel is pleased to announce Weapons of Mutant Destruction – a blockbuster 6-part crossover between Weapon X and Totally Awesome Hulk! Kicking off this June in WEAPONS OF MUTANT DESTRUCTION ALPHA, blockbuster creators Greg Pak and Mahmud Asrar are pitting the strongest there is and the deadliest there are against the reinvigorated Weapon X program!

For years, the Weapon X Program engineered the most dangerous mutant machines on planet Earth. That is, until they mysteriously vanished. Until today! The Weapon X program has been reopened, more deadly and dangerous than ever before. Under the leadership of its mysterious new director, the Weapon X program has moved beyond their old ways and has a new mission – exterminate all mutants! The key to their master plan? Amadeus Cho, the Totally Awesome Hulk! But why? And what is the sinister secret of Weapon X’s mysterious new “Batch-H” experiment?

The high-octane thrill ride begins this June in the oversized WEAPONS OF MUTANT DESTRUCTION ALPHA one-shot and continues in the pages of both Totally Awesome Hulk and Weapon X!