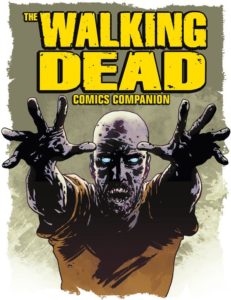 This essential guide to the Walking Dead comics presents the best features, interviews and guides to the award-winning comic as featured in the Official Walking Dead Magazine.

As The Walking Dead gets ready to shuffle back onto TV screens for its highly anticipated 16-episode 7th season, fans of the show can celebrate all things The Walking Dead with this special collection of features, interviews and more pulled from the magazine, which has been keeping fans up to date with the show for five years.

Includes interviews with Robert Kirkman, Charlie Adlard and other members of the comics creative team, features on Rick, Carl & Lori Grimes, Negan, Michonne, Maggie and Glenn, as well as articles about the various Walking Dead locations, from Alexandria to the Prison, features on the various bad guys our heroes meet up with on their journey and much, much more.
———-

The phenomenon that is The Walking Dead, between a boundary breaking comic book run and top rated television series, has been blazing trails for years. So much so that it inspired the publication of a magazine series to chronicle its achievements, under the label of Kirkman’s own Skybound (co-founded with David Alpert in 2010). Think about that a sec… a magazine published to follow a comic book series. And here, gathered together by Titan Comics, is a collection of some of the best articles, interviews, and reviews from that magazine. Presented as an essential “must own” guide to fans of both the comic and the show, this volume is a comprehensive tribute to one of the most shocking and influential examples of illustrated storytelling in recent times.

First up is a great interview with the man himself, Robert Kirkman. In it, he gives fans an idea of what goes through his head during the creative process. The interview also reveals Kirkman’s off-kilter brand of humor, something that probably helps him out quite a bit as he creates his undead hell on earth. We’re also treated to a breakdown of some of the greatest moments from the comic, explorations of what makes the book so compelling and relevant after all this time, and a great piece on the many villains behind the heroes of the story.

Throughout the book, fans are treated to samples of the outstanding work of Charlie Adlard, artist on The Walking Dead since issue #7. As important as Kirkman’s work is, giving voice to the characters and the world they inhabit, it’s the visuals both brutal and beautiful that give form to the written word. That Adlard is able to imbue so much energy into the book while doing it all in black and white is a testament to his skill as both an artist and a collaborator. It’s when Kirkman and Adlard join their powers and combine their individual visions that they’re able to create a fully realized world populated by people many think of with as much regard as close friends.

If you’ve just read the comic, only watched the television show, or if you’re a total junkie and you’ve followed them both through thick and thin, this companion guide might serve as a great reminder of why you’ve invested so much time and energy. If you’re one of the few who has yet to pull the trigger, who hasn’t dipped into the zombie defining work of Kirkman and Adlard, you might find something between these covers to convince you… just be warned: among these pages, there be spoilers. 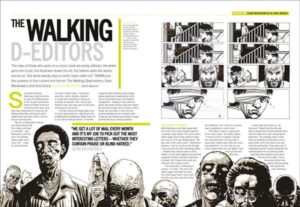 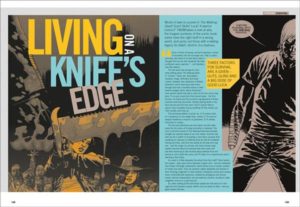 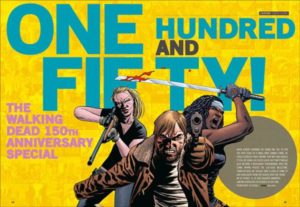