These book are from Scout coming coming in April and are available for pre-order now! 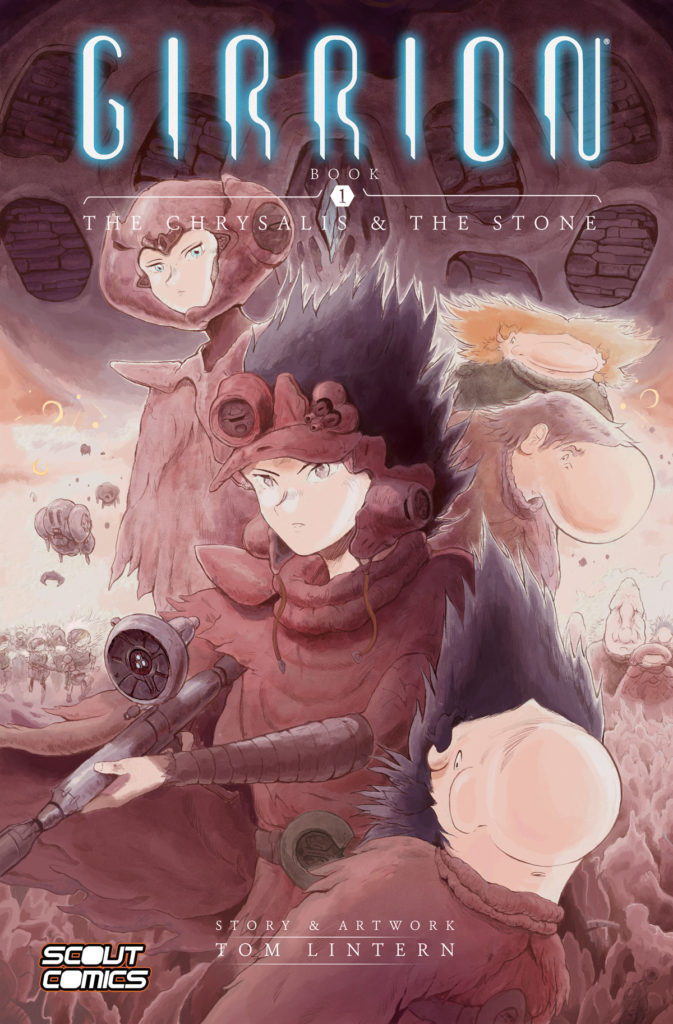 GIRRION: THE CHRYSALIS AND THE STONE  — VOLUME ONE

Written and Illustrated by Tom Lintern

Collecting the first five issues of Book One of the fan-favorite series. GIRRION is a sweeping sci-fi fantasy story of a hero’s journey in a distant time and world, in a realm called Gania inhabited by peaceful creatures known as the Gunflins. For centuries they have learned to harness the power of varied and ancient technologies from wars from a violent past until only one remains a mystery…until now. The saga is told through the eyes of Jarra, a poor factory worker who dreams of escaping his world of endless toil, until one day his deepest wish comes true, though not in a way he would have ever wanted, when his city is attacked by a dark entity called the Halodron. He manages to escape the conflict, but only to be thrust into a war of other-worldly magic and weaponry. This is a great jumping on point for new readers. 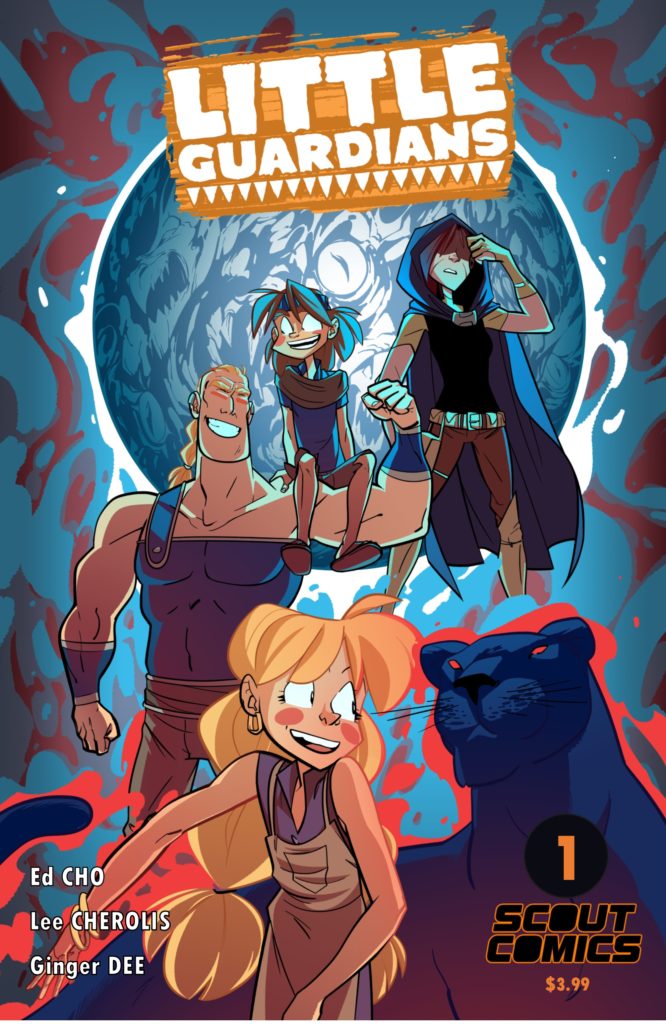 The new monthly fantasy adventure begins! The Zucchini Festival Part 1. LITTLE GUARDIANS tells the story of two young people switched at birth, unknowingly living each other’s lives.  One was destined to protect the village from demons and monsters, the other to live a simple life working at the local Item Shop.  In this first issue, the townspeople prepare for their annual Zucchini Festival, but strange occurrences plague the celebration. Thoom, the award winning farmer, suffers from blackouts where he becomes violent and uncontrollable, while Idem struggles with his guardian training and learns just how dangerous his Summoning Orb can be. Subira, the local shop girl, is visited by a wandering spirit animal that will not leave her alone. All events lead to the showdown at The Zucchini Festival. 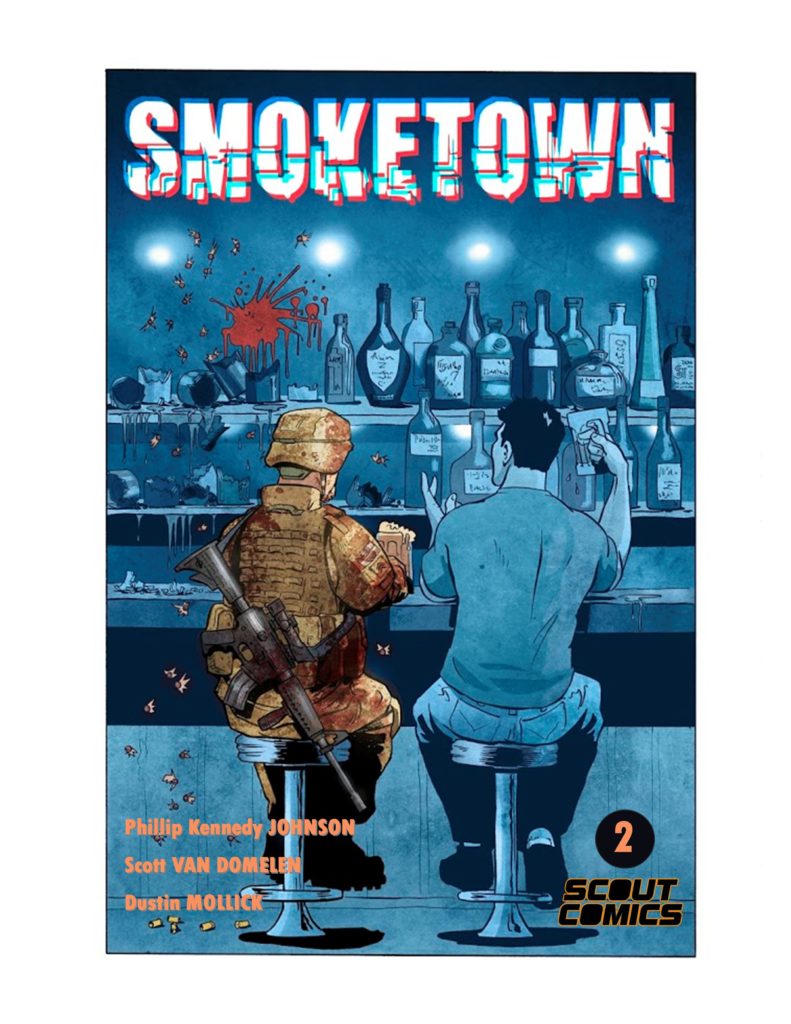 The next chapter in this thought-provoking new series from acclaimed writer Phillip Kennedy Johnson (Warlords of Appalachia, Last Sons of America). When Dale’s high school idol Marcus comes home from Afghanistan, he finds that Marcus’ wartime experiences have left him unrecognizable… and dangerous. When Marcus’ volatile new behavior culminates in a brutal assault, Dale has to defuse the situation before people are killed. SMOKETOWN revolves around an American soldier in the days leading up to his murder. Each chapter reveals a new facet of that soldier’s life as he unravels, exposing another criminal or desperate element of his supposedly quiet Pennsylvania town. 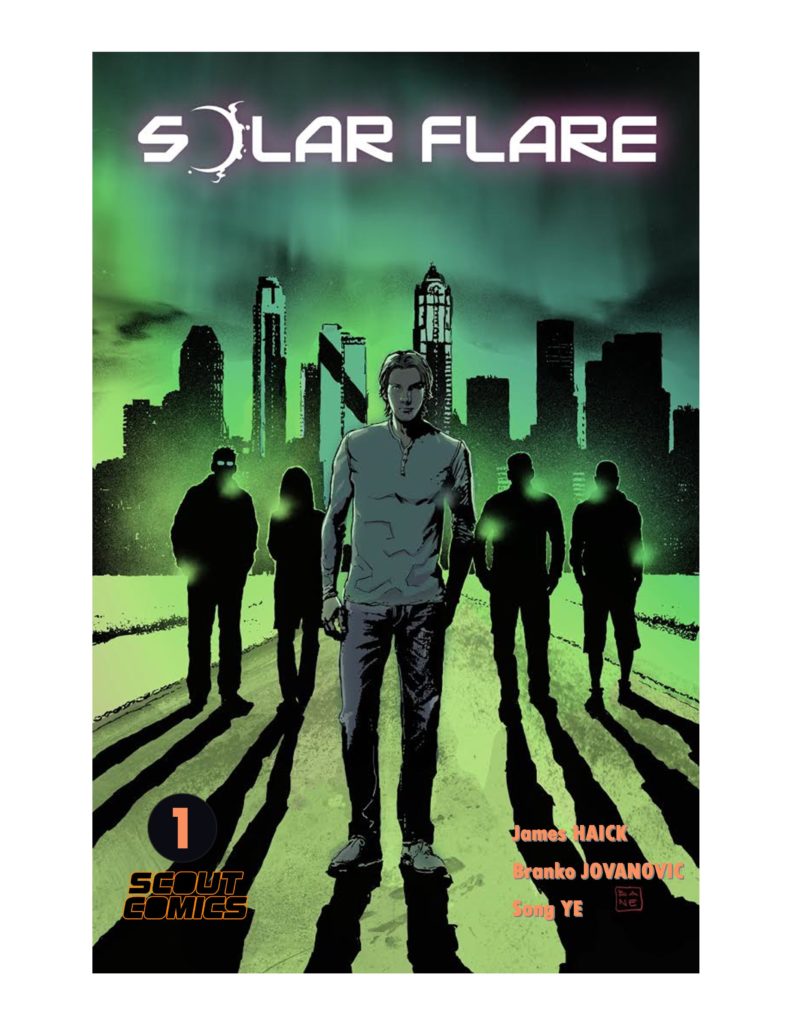 Where were you when the world went dark? The world has been plunged into darkness and society as we know it has launched into chaos. Jake Clifford was just a regular guy–a man trying to achieve greatness in his career and a father doing his best to be the man his daughter deserved. That is, until a Solar Flare makes contact with earth, wiping out all electricity and modern technology with one fatal blow. Now, Jake must adapt to this new world hoping to one day be reunited with his daughter who was states away when the lights went out.