Dynamite Entertainment introduces an all-new take on the icon of espionage in an upcoming oversized special written by Kieron Gillen (The Wicked + The Divine, Star Wars: Darth Vader) and drawn by Antonio Fuso (Torchwood, Drive)!

In contemporary politics, where Britain’s world standing is often more zero than 007, an assassin plans to exterminate the “special relationship,” and lead Britain and the United States into a very dark place…especially when he does so by aiming down the sights of an ancient Enfield rifle! It’ll test Bond’s deadly talents to their limits, in order to defeat the assassin and avert certain geopolitical disaster…

“A chance to write a British icon is something that’s basically irresistible,” says writer Kieron Gillen. “This is like getting to write the sun rising. You’ve known it all your life, but this time it’s yours. I wanted to do a story that was classically Bond, but spoke to Britain as it is, and Britain as it was. In short: I was looking for any excuse for Bond to use a Sten-gun.”

Regarding his collaboration with artist Antonio Fuso, Gillen adds, “It’s a thrill working with Antonio, whose modern lines lean into a realistic take on a modern Bond.”

“Kieron Gillen is undoubtedly one of the best writers, and among the best-loved, in comics today, and it’s an absolute honor to now work with him on one of Dynamite’s most celebrated titles,” says Dynamite CEO and Publisher, Nick Barrucci. “Ian Fleming’s James Bond is perhaps the most elevated of intellectual properties in the history of pop culture, an icon whose mere mention evokes a sense of class and distinction. We’re proud to bring such high caliber writers to this franchise: Warren Ellis, Andy Diggle, James Robinson, Benjamin Percy, and now Kieron Gillen. Partner him with a hot talent like Antonio Fuso, and we’ve got the perfect team for an explosive, done-in-one thriller!”

“I’m delighted to be working with Kieron for the first time,” says Joe Rybandt, Executive Editor. “He’s a fantastic writer and a tremendous asset to the ever-expanding world of James Bond comics from Dynamite.”

James Bond: Service will be released as a 48-page special, solicited in Diamond Comic Distributors’ March 2017 Previews catalog, the premier source of merchandise for the comic book specialty market, and slated for release in May. Comic book fans are encouraged to reserve copies with their local comic book retailers. James Bond: Service will also be available for individual customer purchase through digital platforms courtesy of Comixology, Dynamite Digital, iVerse, and Dark Horse Digital. 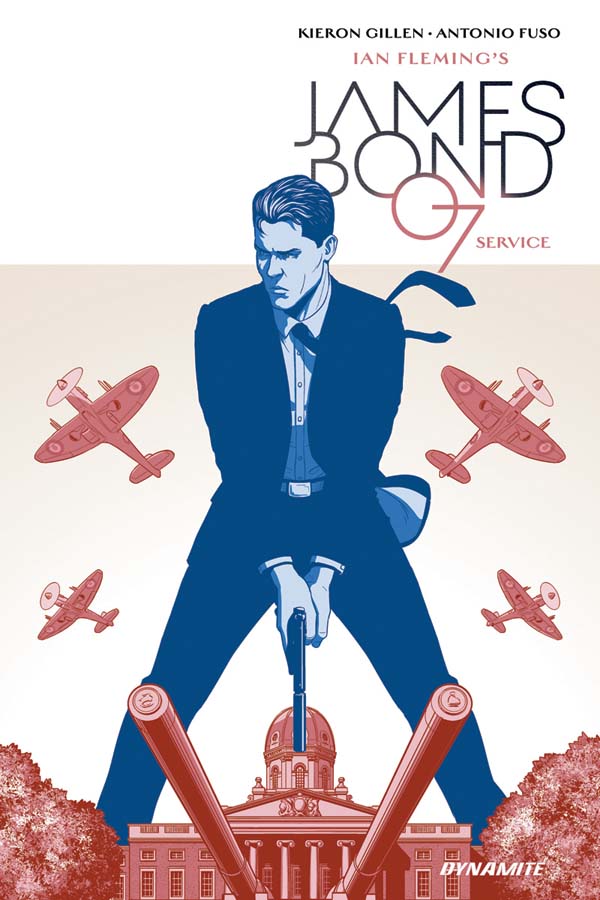