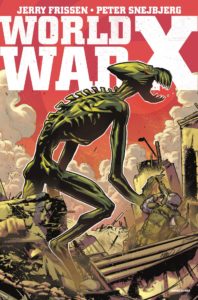 On the Moon, a monstrous alien creature awakens from a centuries-long sleep, determined to put an end to mankind. Humanity’s only hope? Helius, a tired and battle-weary veteran of an ancient war…
———-

The Ralph Milne Farley Moon Base has been dealing with the astounding discovery of an artifact of unknown origin. The large block matches other artifacts found on Earth, and for the last ten years scientists have been working under the impression that they were ancient machines. One of the scientists discovers that they may have misunderstood some of the markings on the surface of the “machines”, and that instead of a set of instructions they were actually intended as a warning. Adesh’s suspicions seem to hold up when all contact with the lunar base is suddenly lost.

As the site of every other artifact begins to experience what at first could be a series of earthquakes, a larger picture forms. November 1st, 1755, a city in Portugal is devastated by a quake. November 24th, 1248, Mont Granier in France is likewise shaken by earthquakes. In both cases, the quakes were immediately followed by the appearance of a monstrous figure, a creature born out of nightmares. In both cases, the creatures were met by knights ready and willing to face an enemy unlike anything they’ve ever fought before.

World War X is, by all appearances, a story of invasion. The artifacts, long thought to be machines built for some unknown purpose, turn out to be sarcophagi. In the past, disastrous earthquakes heralded the arrival of huge alien beings, seemingly out for a brisk walk and some destructive mayhem. So what does it mean when such earthquakes are experienced in not just one place, but in the jungle of New Guinea, the Florida Everglades, and even on the moon? Another question would be, how have these monsters been kept out of the history books?

So yes, this may very well be an alien invasion story, but the way it’s being rolled out so far, there are still plenty of questions to be answered. In that regard, I applaud the work set down by Jerry Frissen. Let’s face it, we’ve done alien invasions to death so it’s nice to see a book that looks like it could be leading us down that path, but still manages to leave things open to possibilities. On top of that, other elements have been woven into the story, primarily as far as I’m concerned, who is “Helius” and what’s his connection to the earthquakes/aliens?

No well written story would ever see the light of day without artwork to compliment it, and the team of Peter Snejbjerg & Delphine Rieu seems to have that angle covered. The art and colors highlight the fearsome nature of these aggressive creatures, capturing the chaos and destruction laid out in three separate time periods. Their characters are distinctive, a task not always easy when dealing with every day looking characters who aren’t decked out in fantastical costumes and built like Greek gods.

My bottom line for this opening issue is, World War X looks like it’s gearing up to present a story that may (or honestly may not) be delving into familiar territory, but it’s doing it with its own flare and style. I’ve read many books, both comics and novels, in my time, and it’s great to crack one open that presents itself as something we’ve all seen before but still opens up a slew of questions to keep you wondering. If it’s a comic book rope-a-dope, I’m gonna be impressed as hell.

Sometimes it’s great to be wrong. 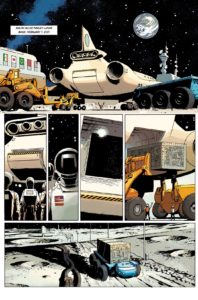 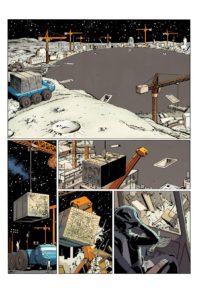 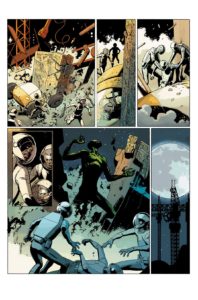