BOOM! Studios is proud to announce Godshaper, an all-new monthly comic book series from Eisner Award-nominated writer Simon Spurrier (The Spire, X-Men Legacy) and rising-star artist Jonas Goonface in April 2017 as two unlikely friends embark on the ultimate road trip to escape their past and shape their own futures.

Discover a world where super-powered gods have replaced technology, and every human has a private, guardian-deity of their very own…though unfortunately for Ennay, some exceptions apply. Men and women like him are Shapers: born godless, but with the ability to mold and recalibrate the gods of others. Paired with Bud, a friendly deity without a human, they go on the road looking for food, shelter, and a paying gig. Despite their efforts to keep a low profile, Ennay and Bud stumble upon a mystery that will have lasting ramifications for god and man alike.

“This is one of those sky-high concepts that hits like a bolt from the blue and won’t let go: an alternate reality where worship has replaced technology and money,” explained Spurrier. “Drench it in an exhausted late-’50s aesthetic—all greaser quiffs and hotrod bullies—fill it with monsters and mobsters, get it drawn by literally the most exciting young newcomer in comics today…and away you go. Like all good genre fiction, Godshaper has the means to say a loooooot about our own world, and—sure—it’s packed to the brim with tasty thematic platefuls of religion, greed, prejudice, consumerism, vanity, crime, war… It’s all there. But at its big, throbbing heart this is a story about two super-likable outcasts on a surreal, scary, sexy, and utterly singular journey through a world which hates them.“

Goonface added, “Look on in suspense and wonder as this odd couple of down-and-out hobo rascals hustle their way by hook or by crook across an unforgiving rockabilly America where capitalism is literally deified.”

Godshaper #1 will feature a main cover by Goonface, along with a variant cover by Sonny Liew (Doctor Fate). This series is the latest release from BOOM! Studios’ eponymous imprint, home to popular original series such as Klaus by Grant Morrison & Dan Mora; The Woods by James Tynion IV & Michael Dialynas; and Irredeemable by Mark Waid & Peter Krause.

“From Six-Gun Gorilla to Cry Havoc to The Spire and beyond, Si has proven himself again and again to be one of the preeminent voices in our industry—and Jonas is about to join the ranks, making one of the biggest splashes of 2017,” said Eric Harburn, Editor, BOOM! Studios. “We’re thrilled with the work these two are creating, and are honored to be the home of a series that challenges both its creators and readers alike to strive for something bold, different, and weird.”

For more on Godshaper and more from BOOM! Studios, please visit www.boom-studios.com and follow @boomstudios on Twitter. 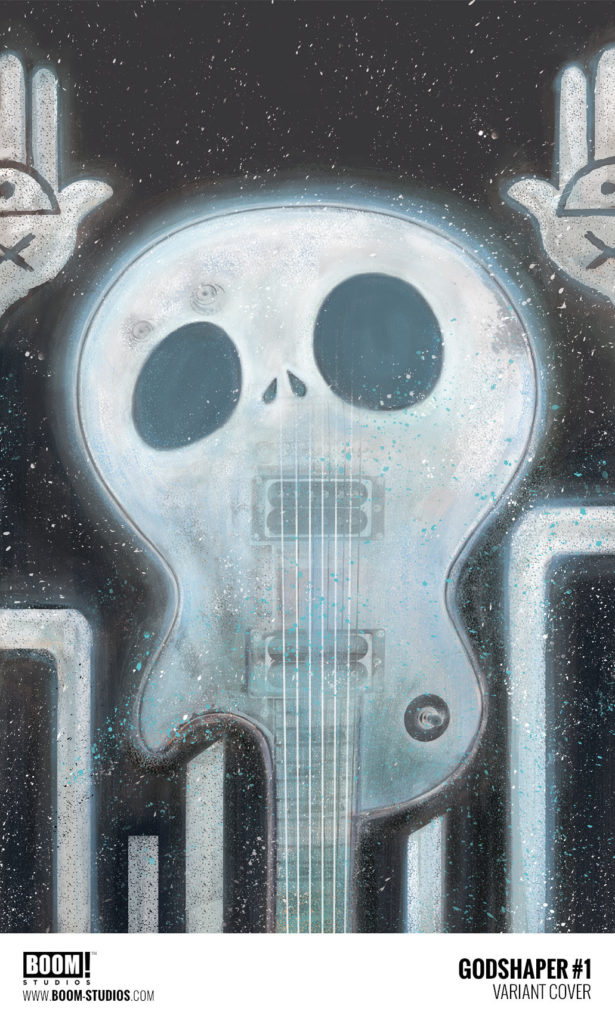 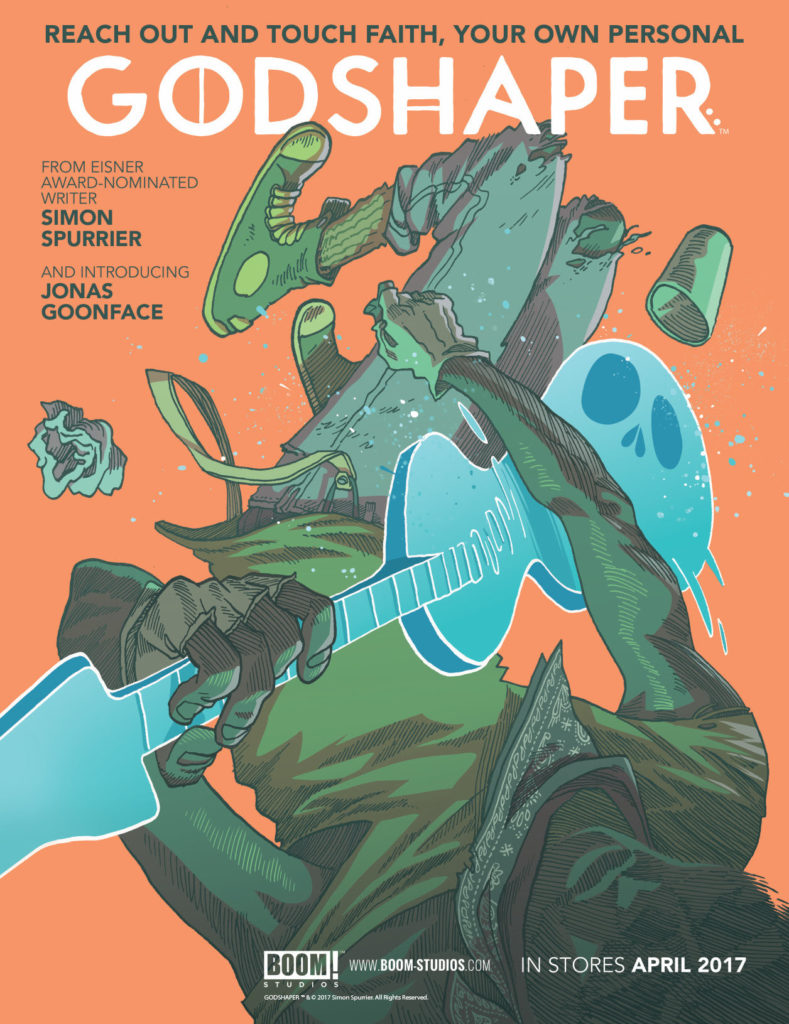 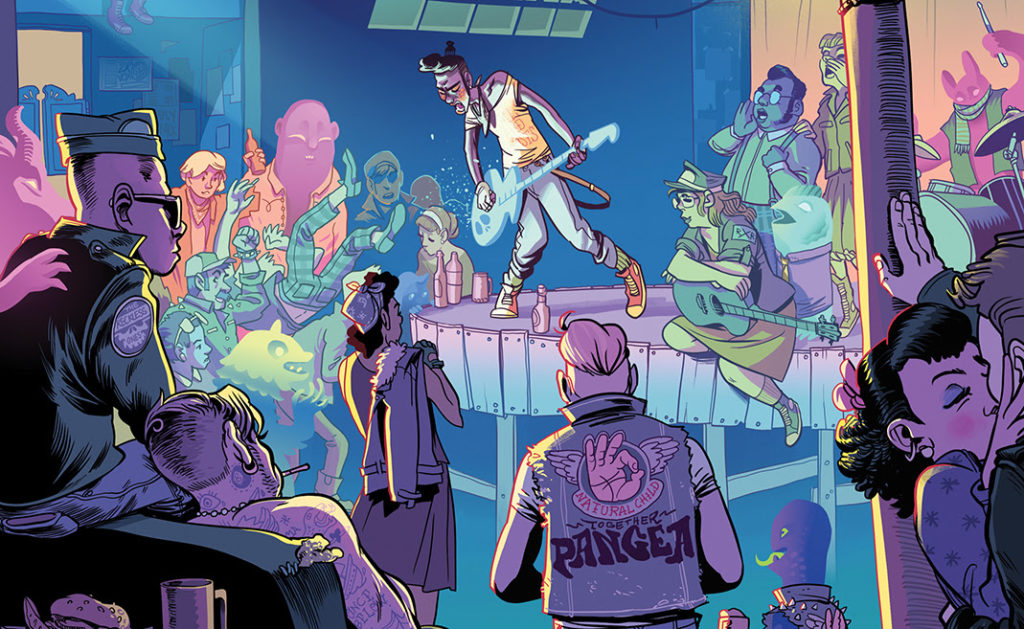 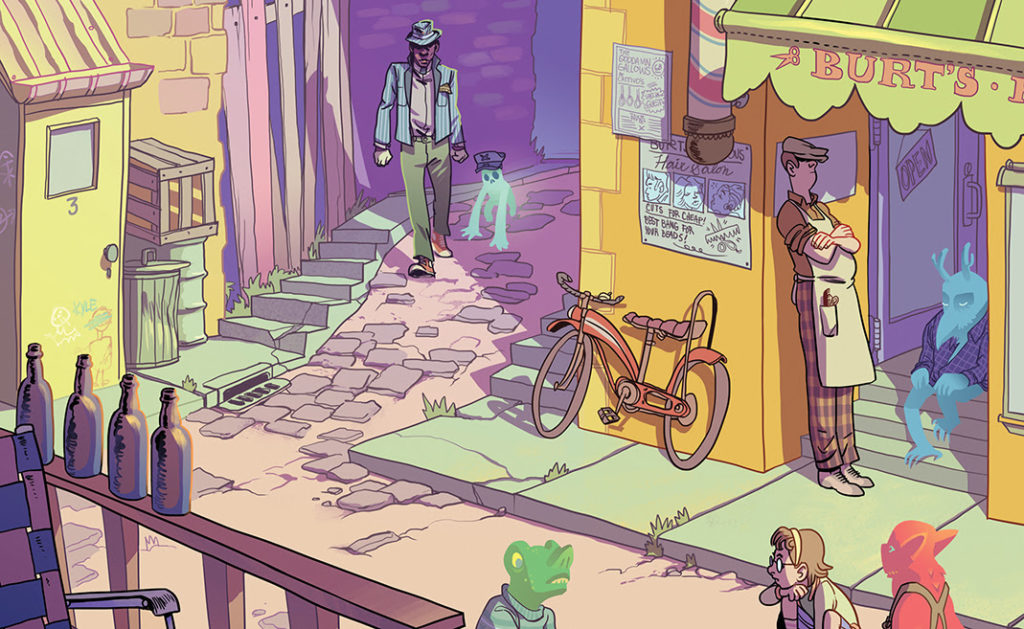