Next year will see Vampirella heading in a new and very different direction! Vampirella was last spotted in 2016 doing what she does best – defending the world from threats both mystic and evil… but she has not been seen since. Vampirella #0 will answer the questions behind her disappearance! The debut issue retails at 25-cents to allow for fans to read at an introductory price and retailers to confidently stock copies on the shelves. Retailers are also able to qualify for Incentive copies by Joseph Michael Linsner and J. Scott Campbell.

Over a thousand years since she vanished, Vampirella’s poised to make her fateful return, but the world that awaits her is unlike anything she might expect – or want to defend! Written by acclaimed comics, novel, and television writer Paul Cornell (Action Comics, Doctor Who) and illustrated by the masterful Jimmy Broxton (Goldtiger, Knight & Squire), it’s the start of an adventure for Vampirella unlike any she’s had in her long and storied history. Don’t miss the train before it leaves the station!

“I’m delighted to be writing a Vampirella that takes onboard everything she’s been and moves it forward into a new setting, where the gothic meets science fiction,” says writer Paul Cornell. “I’m also delighted to be working again with my old friends, the incredibly talented artist Jimmy Broxton, and the incredibly talented editor, Matt Idelson. There’s a lyrical, Modesty Blaise feel to Jimmy’s art on this. I’m hoping especially to find a female audience. The character’s often been regarded as a nostalgia item, cheesecake, and we’re building on previous efforts to keep moving away from that to something more interesting. I’m excited to be building a whole new world, I’m loving what Jimmy’s art is doing (Barbarella! Hepburn!), and I hope that excitement communicates itself to the reader.”

“We wanted to give fans and retailers a low-cost entry into the queen of monster hunters, and this introductory-priced issue allows them to stock up and minimize their risk to a great new series,” says Dynamite CEO and publisher, Nick Barrucci. “We have been fortunate to work with so many of the industry’s best talents on Vampirella; Paul coming on board to write is another high watermark, and Jimmy’s art complements his scripts beautifully. Their take on the character is both fresh and classic, and is sure to please longtime fans and first-time readers alike!”

“This new series definitely harkens back to the earliest days of the character in a lot of ways, while firmly taking Vampirella very, very far forward,” says Senior Editor Matt Idelson. “I think this is really going to appeal to both longtime fans of Vampi and those folks who’ve never before given her stories a try. I’m definitely proud to be a part of this.”

Paul Cornell is an English writer of novels, comic books and television, perhaps best known for his work on Doctor Who, dating back to 1990. Since that time, Cornell has written over ten Doctor Who novels, as well as multiple series for both DC and Marvel, as well as the widely celebrated Vertigo series, Saucer Country.

Vampirella #0 will retail for the low introductory price of $.25, and will be solicited in Diamond Comic Distributors’ December 2016 Previews catalog, the premier source of merchandise for the comic book specialty market, and slated for release in February 2017. Comic book fans are encouraged to reserve copies with their local comic book retailers. Vampirella will also be available for individual customer purchase through digital platforms courtesy of Comixology, Dynamite Digital, iVerse, and Dark Horse Digital. 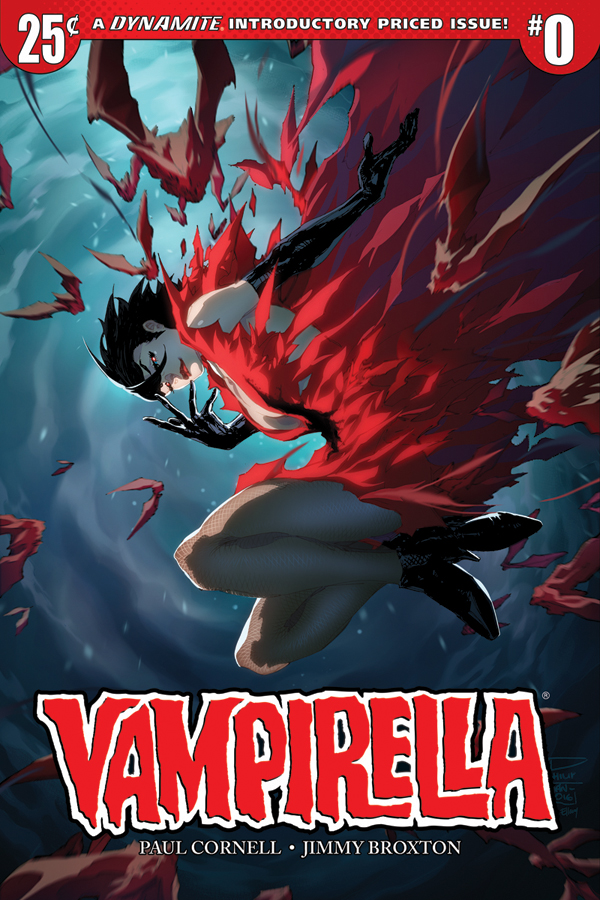 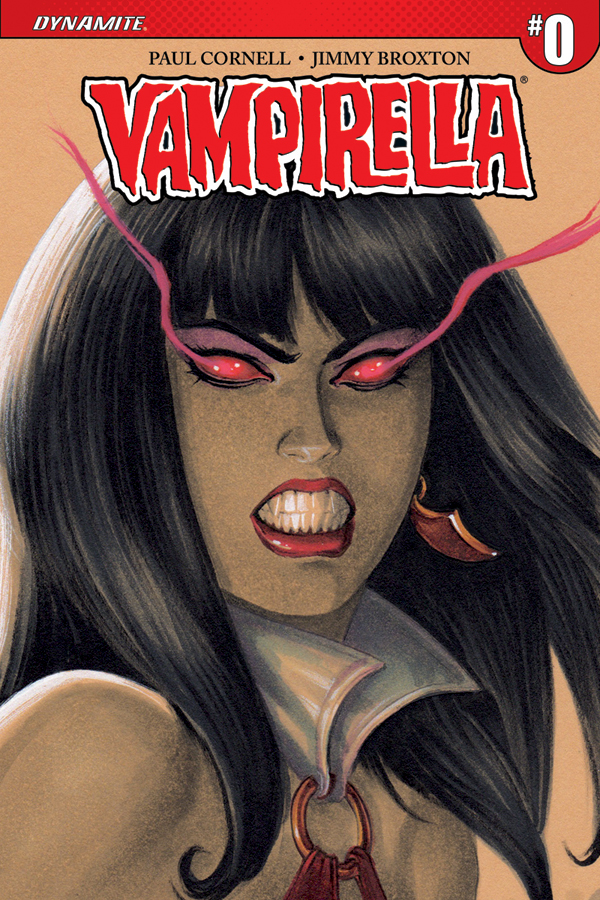 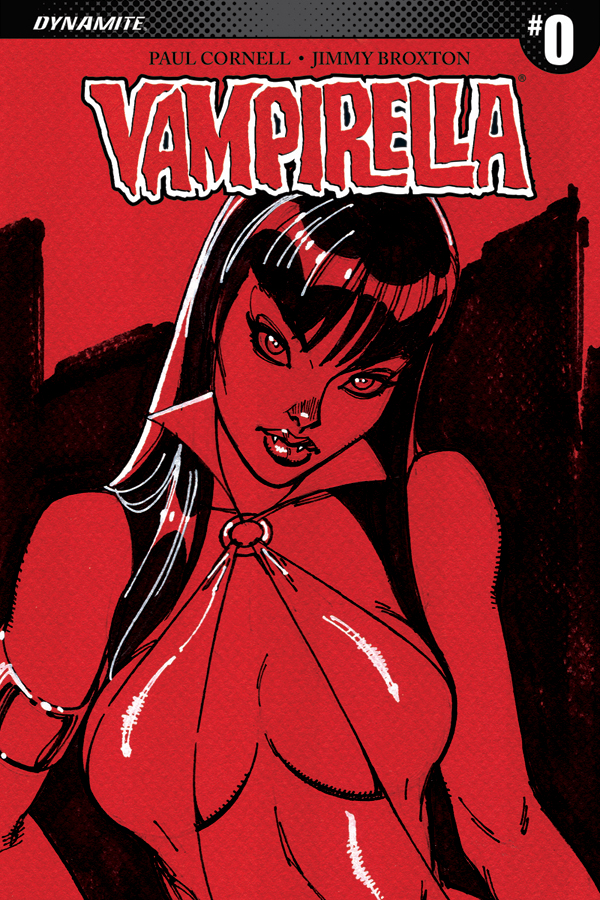