For the past five years, Action Lab Entertainment has been at the forefront of innovative, boundary pushing genre comics, and in 2017 they are positioning themselves as the destination for creator-owned series for pros and fans alike.

Established series Princeless will return with a Spanish language translation in January, along with the debut of Bryan Seaton and Zombie Tramp creator Dan Mendoza’s new ongoing monthly series, DollFace. 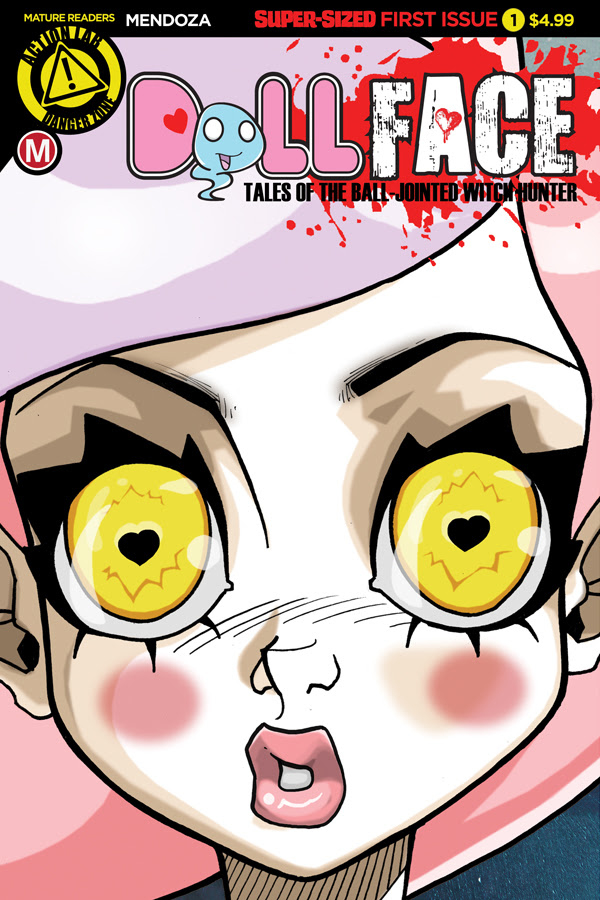 A decidedly different beast from Zombie Tramp, DollFace centers around Lila, a 17th century soul that has been transported into present time and into the body of a life size, ball jointed doll, created by a couple of MIT students trying to use technology and a 3D printer to create the perfect women.

Fans of Buffy the Vampire Slayer, Sailor Moon and Weird Science will love DollFace, which debuts with a double-sized 64 page issue. 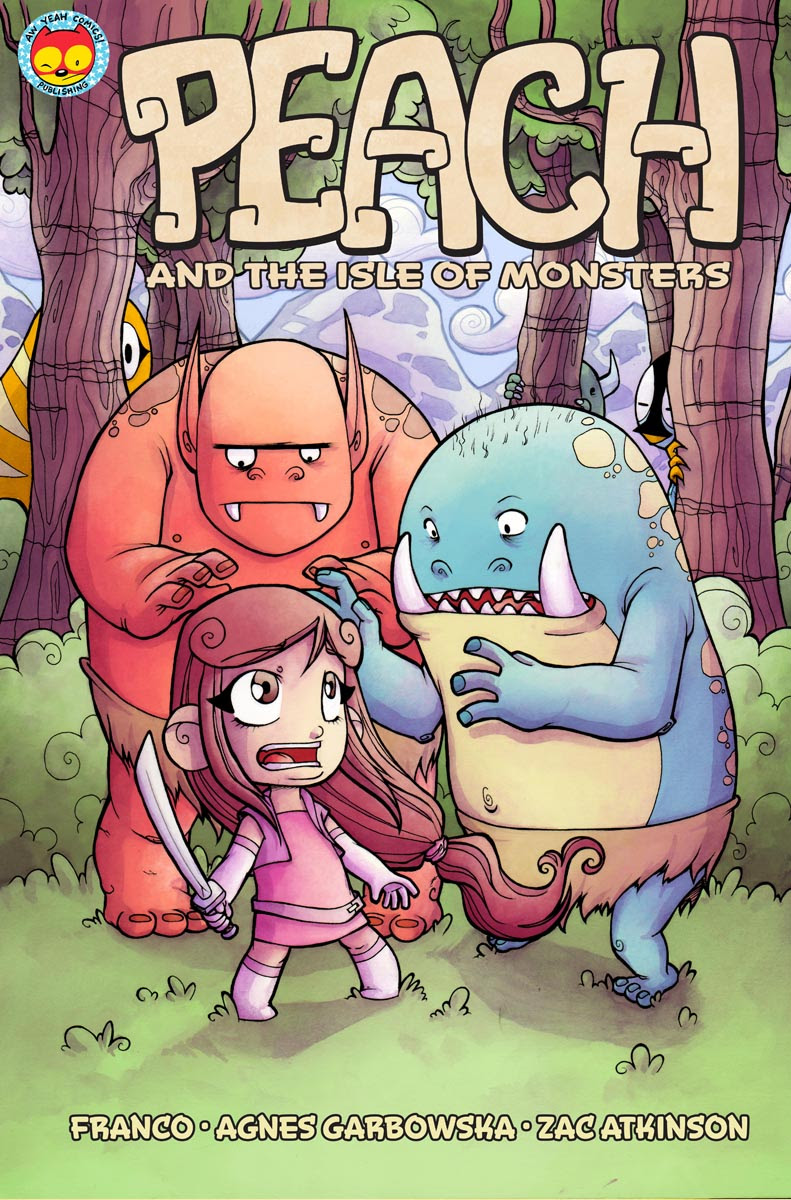 A young girl, rumored to be born from a Peach, is shunned and bullied in her own village and sets off on a quest for Monster Isle to prove to others she is more than just what they think of her.  Her journey brings her encounters with not just monsters, but hunters and pirates and witches.  She must learn that she has nothing to prove to anyone except herself. Masterfully drawn by Agnes Garbowska (My Little Pony), Peach and the Isle of Monsters is sure to appeal to fans of all ages! This new, ongoing monthly series is written by Dave Dwonch (Cyrus Perkins and the Haunted Taxi Cab, Vamplets) with art by Arturo Mesa and Geraldo Filho. Infinite Seven builds a world of secret world governments, master assassins and international terrorists, and is sure to appeal to fans of GI Joe, James Bond and classic 80s action flicks.

March brings the debut of Amerikarate, a satirical send up of the same films celebrated in Infinite Seven. 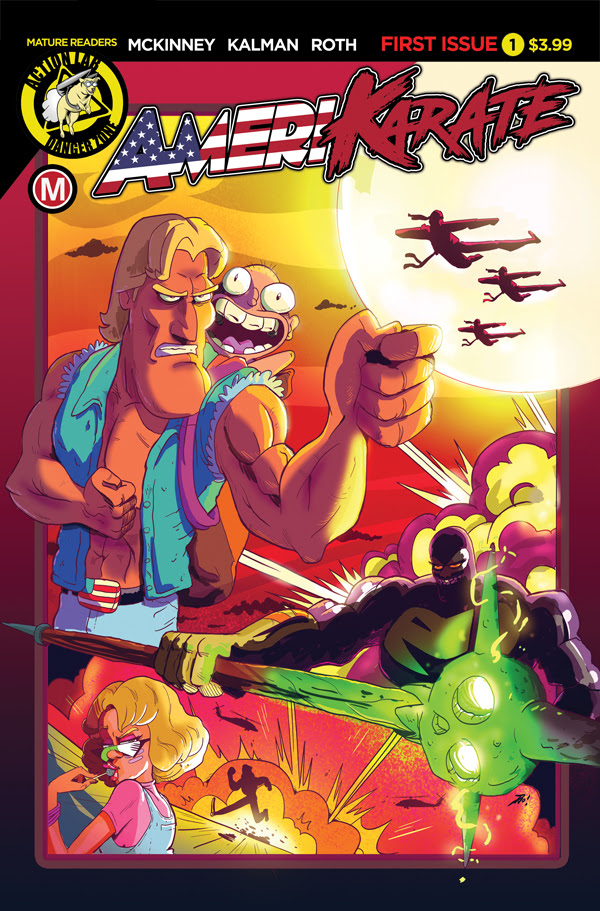 Jam-packed with over the top humor, pop culture references and insane action sequences, Amerikarate celebrates the best and worst of the films we love with a sharp, hilarious script by Corey Kalman and Brockton McKinney (Gingerdeadman, Ehmm Theory), and art by Bob’s Burger’s lead animator, Devin Roth. If you love films like Rambo, Gymkata, Bloodsport and Footloose, you will LOVE Amerikarate!

March also brings the return of Katie Carva in the bad-girl comic with a twist, Vampblade Season Two!

Jason Martin’s hit series returns with regular series artist Winston Young, and serious upgrades as the fans decide her new costume in the fallout of events from Vampblade Season One #12. While details are being held close to the vest, fans can log in to vote for their favorite costume here. 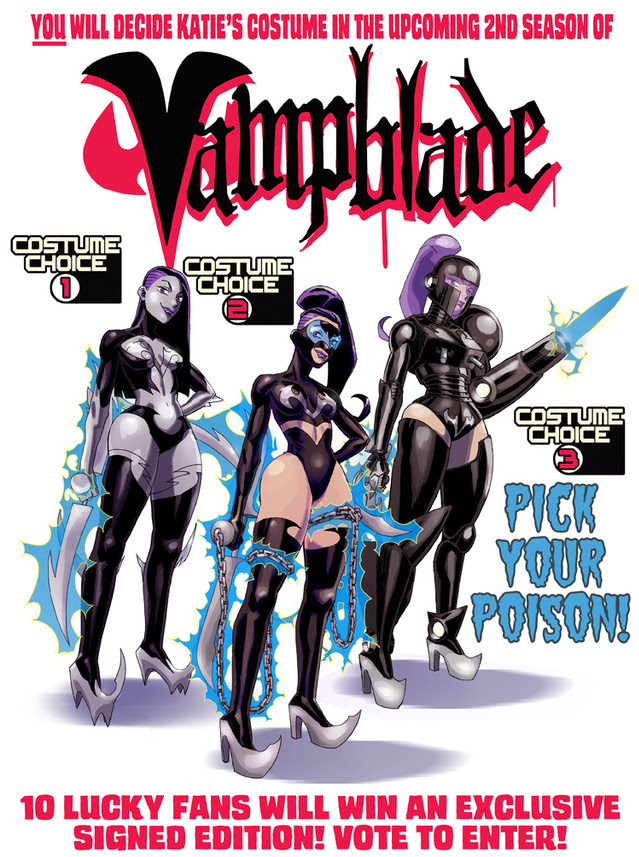 Along with these four new titles, fan favorite and critically acclaimed all-ages series Action Lab: Dog of Wonder, Peter David’s Artful, Athena Voltaire, Hero Cats and ZAG Entertainment’s Miraculous will continue into 2017 as well, with the sci-fi epic Blue Hour rounding out the returning lineup. The Danger Zone series Brigands, Cougar and Cub, The Circle, Tomboy and Zombie Tramp will also continue to push the industry forward with the thought-provoking, boundary pushing, top-shelf quality that the mature reader imprint has become known for.

“This is a GREAT time to be a fan of Action Lab,” said President of Marketing and Development, Dave Dwonch. “We’ve positioned ourselves as the go-to company for creators and fans alike, and the 2017 lineup really drives that home. Expect even more great books in Q2 and beyond!”