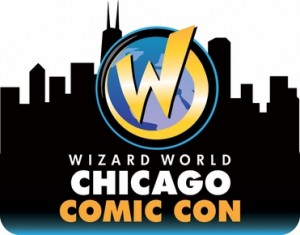 WHO: Wizard World, Inc., the predominant producer of Comic Cons across North America, will host its Heroes Honoring Heroes event to recognize six firefighters from the Rosemont Public Safety Department on Thursday, August 18 at the Donald E. Stephens Convention Center.

Wizard World President and CEO John Maatta, Executive Vice President and COO Randy Malinoff, and all-star talent will honor these service members who have gone above and beyond in the line of duty by delivering a speech and conducting a shield ceremony. Confirmed talent includes Lou Ferrigno, the one and only Hulk; Ralph Macchio from The Karate Kid; Cerina Vincent of Not Another Teen Movie and Power Rangers; Jason Mewes, known for his role in Clerks and Jay and Silent Bob Strike Back; and Ray Santiago from Ash vs Evil Dead.

WHAT: Wizard World, Inc. will host its Heroes Honoring Heroes event in partnership with the Rosemont Public Safety Department on Thursday, August 18 in Rosemont, IL.