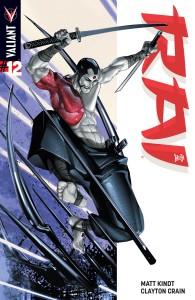 After being exiled to Earth by Father, Rai has survived on his own, finding new friends and discovering some familiar faces. Now, fully restored and ready for battle, Rai is ready to return to New Japan and rescue the allies he left behind!

The next chapter for the future of the Valiant Universe starts here as acclaimed creators Matt Kindt and Clayton Crain present the can’t-miss finale of RAI’s latest volume!
———-

In the year 4001, the orbital city of New Japan represents the last bastion of civilization, overseen by the all-seeing and all-powerful rule of “Father”. For a thousand years, the people of New Japan have lived in safety, all of their needs met by their benevolent overlord… I mean ruler… I mean dictator… crap, I guess there really isn’t a very good euphemism for a despotic tyrant who governs his people by keeping them sated and complacent. And the people of New Japan have grown complacent, floating high above a devastated and uninhabitable Earth. At least, Father says that the planet is nothing but a barren wasteland.

Father’s enforcer, the powerful cyborg Rai, has always kept the peace, although his job had gotten pretty easy in recent times. That is, until Rai’s narrow viewpoint is expanded by people and events around him. With his loyalty primarily to the safety and security of New Japan first, Rai sees that Father’s rule has become oppressive and cruel. Anyone speaking out against Father disappears, rumors of cruel experiments abound, and incidents of violent rebellion have begun to mount.

Rai has gathered an eclectic group of companions: Spylocke, equal parts celebrity, urban legend, and rebel; Lula Lee, an ordinary teenager with a secret map of New Japan; Momo, the self-aware and free-willed “posititronic” android; Karana, the latest in a long line of Geomancers gifted with great power and fated to protect Earth’s environment (kinda tough to do from orbit); and Izak, the genetically modified alien spider vampire with anger issues. The list goes on, with everyone determined to achieve a single goal. Overthrow Father at all costs.

Rai was cast out of New Japan, and finds himself stranded on Earth, nearly powerless and with no way of getting back to the orbital city to continue his mission. He has found that Earth isn’t nearly as desolate and unpopulated as Father has claimed. Rai’s also found an ally in Gilad, the Eternal Warrior, an immortal soldier whose fate is tied to the line of Geomancers that stretches back through the centuries. Gilad seeks to reach New Japan, rescue the Geomancer Karana, and return her to Earth where she belongs.

Meanwhile, back on New Japan, Rai’s companions are scattered, each group having no clue as to the condition or whereabouts of the others, but still fighting to achieve their goal. Father, on the other hand, continues his campaign to crush and discredit any and all hints of rebellion, and preparing a last ditch “scorched earth” contingency. With the fate of the people of New Japan teetering at the edge of a cliff, the race is on to determine who will win the war.

As a high tech cyberpunk story, Rai has always delivered the goods. The plot is layered, thick with characters and backstories, and all actions taken have far-reaching consequences. Rai is the classic hero in that his actions are guided by very simple and altruistic motivations. Once he sees the path, he’s committed. All in. The artwork from Clayton Crain is exactly that… Art. It’s gorgeous, with backgrounds so densely populated and detailed that it can get easy to lose track of the action. That’s it… as close to criticism as I can come up with for this title so far.

Give it a look, check it out… if you don’t like it, though, you might wanna keep it to yourself. 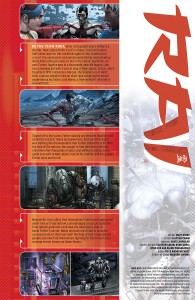 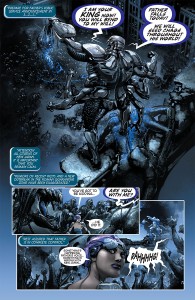 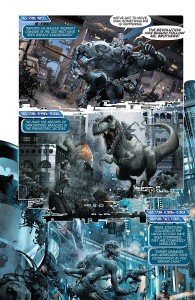 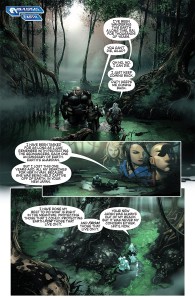 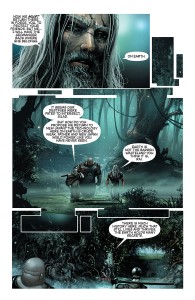 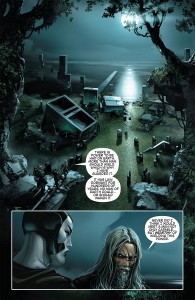