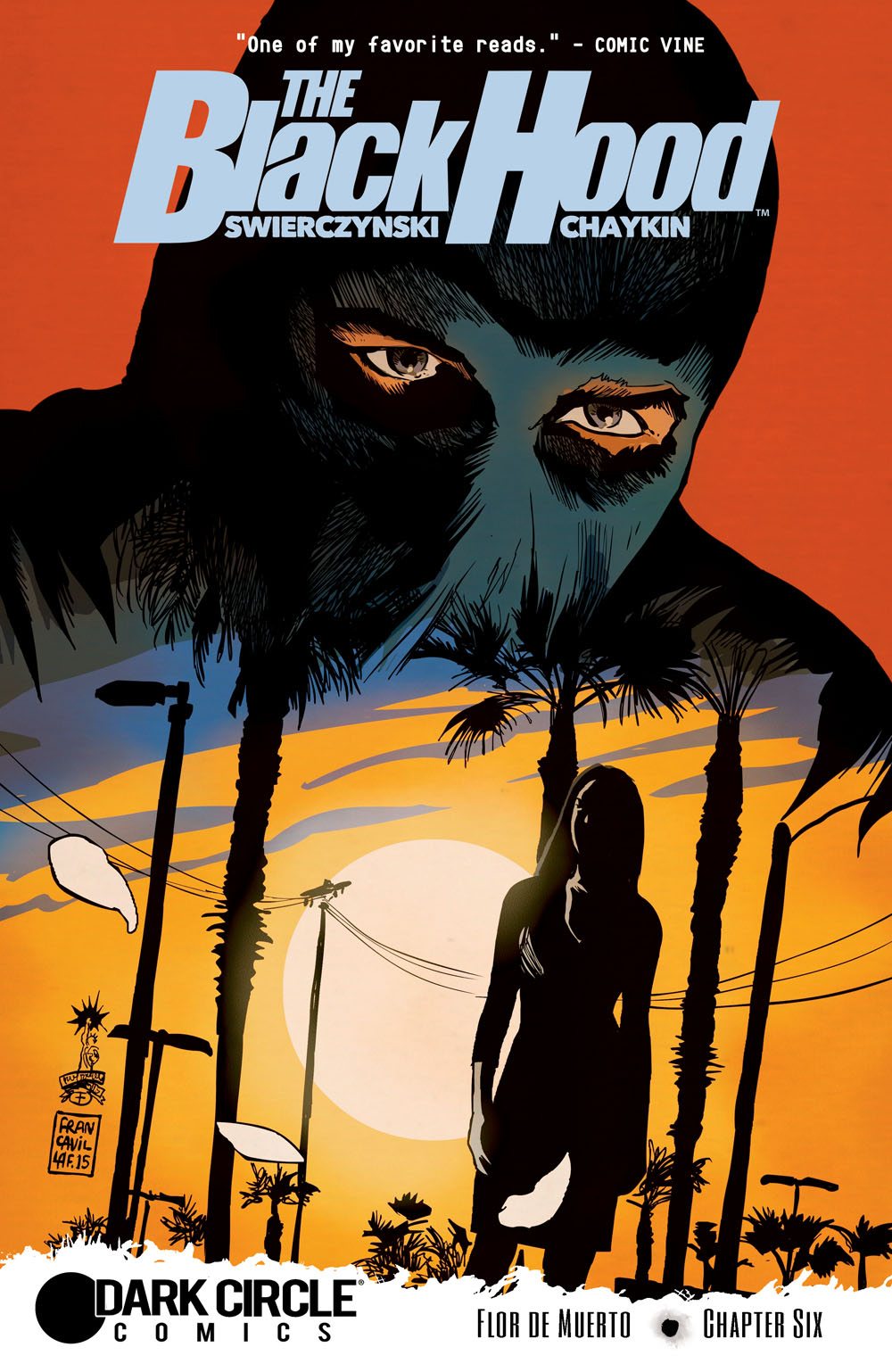 The Black Hood #6
Writer:  Duane Swierczynski
Artist: Howard Chaykin
Letters:  Rachael Deering
Colors:  Jesus Aburto
Main Cover: Francesco Francavilla
Dark Circle Comics – available now
THE ACCLAIMED DARK CIRCLE SERIES RETURNS! “Flor de Muerto” After the soul-crushing events of “Bullet’s Kiss,” disfigured cop Greg Hettinger leaves Philly and checks into a Southern California rehab clinic. But a plane ride can’t separate Greg from his troubles. A fellow patient believes her former drug dealer (and lover) has sent someone to kill her, and it’s up to Greg to figure out which member of their circle is preparing to pull the trigger…
New to the dark, twisted world of The Black Hood? Then check yourself in for this thrilling one-shot from novelist Duane Swierczynski and superstar artist Howard Chaykin.
Normally I hate to start a book several issues in, but I’ll make an exception for the Black Hood.  This is a great jumping on point for anyone new to the series.  All you need to know is that Greg Hettinger became the vigilante Black Hood  because he accidentally killed the previous Black Hood (Thomas “Kip” Burland) in  a gun fight.  He had taken a shot to the face in that fight and had become addicted to painkillers as a result.  He was also framed by the local drug ring and had to clear his own name.  He did this, and starts issue #6 in rehab…..and GO!
First, if you’ve ever read my Twitter feed, you KNOW that I love Francesco Francavilla’s art work, and it’s gritty perfection for a story like this.  Once you’re inside, you have gorgeous Howard Chaykin art with pictch-perfect colors by Jesus Aburto. This is a low-action issue – lots of people talking – but it’s still dynamic and all the faces are appropriately animated.
All of this is wrapped up in a lovely way by Duane Swierczynski’s words, as what could have been an ordinary  stay in rehab turns into something more intersting, and Greg learns a bit about himself.   His story is furthered and it kicks off a new story arc for the title quite well, no fireworks needed.   Now I’m intrigued and want to know more about Greg, and you will want it too.
Please follow and like us: