Unleash the Straitjacket and let slip the Rogues!

Well, the quote is “Cry «Havoc!», and let slip the dogs of war” but Halloween is near, and it’s a special date to read the end of the horror miniseries written by El Torres with the awesome artwork by Guillermo Sanna: STRAITJACKET! The final issue where everything is revealed, or everyone dies, or our Universe is ravished by The Things Beyond, or everything at the same time!

And another series which comes to an end is Rogues! Odd Parenthood, with the art by Nacho Tenorio and Sergio Mora.
But we still don’t know how our outlaws escaped the Hole of Despair to save the baby —or if they already did that. One of the funniest fantasy series out there… and plenty of action!
You know you should preorder them! You know it! 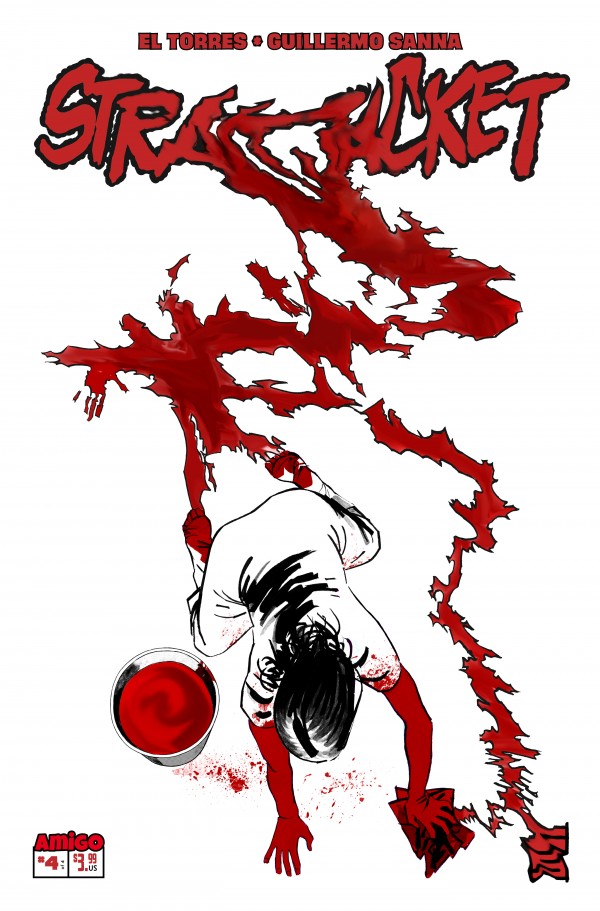 “Mystery revealed? Final discovery? No,no. We already covered that. Now it’s when we kill or we die. And even if we finally win, we still have to clean up all the mess.”
Alexandra Wagner is confined in an expensive asylum. She murdered her brother when she was child and has been jumping from an institution to another. She believed she protected of our world against strange monsters, with the help of her deceased brother in the Otherside. Thomas Hayes is her psychiatrist, and now he doesn’t believe she’s mad.
Well, she’s totally mad. But she’s also right. 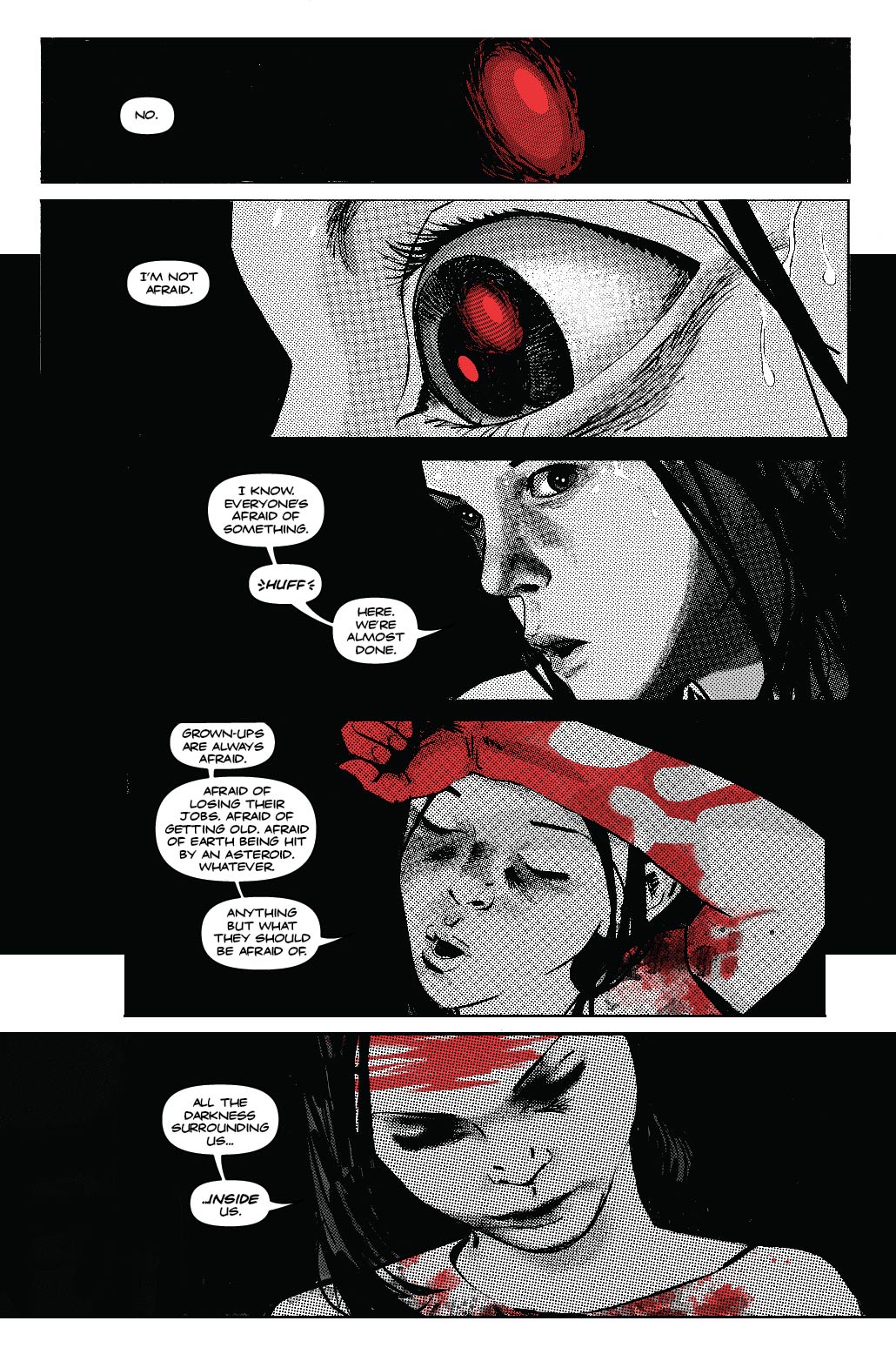 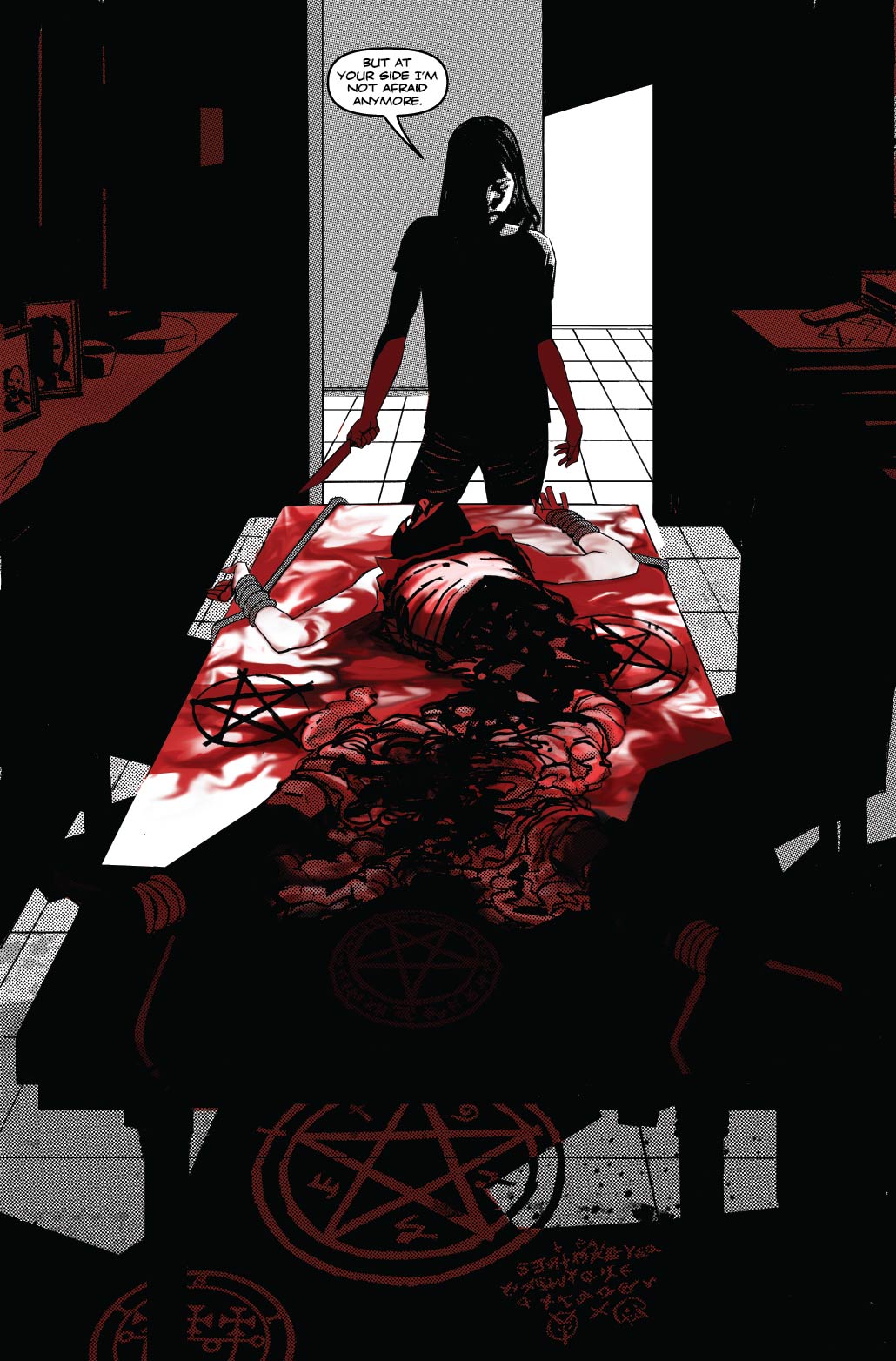 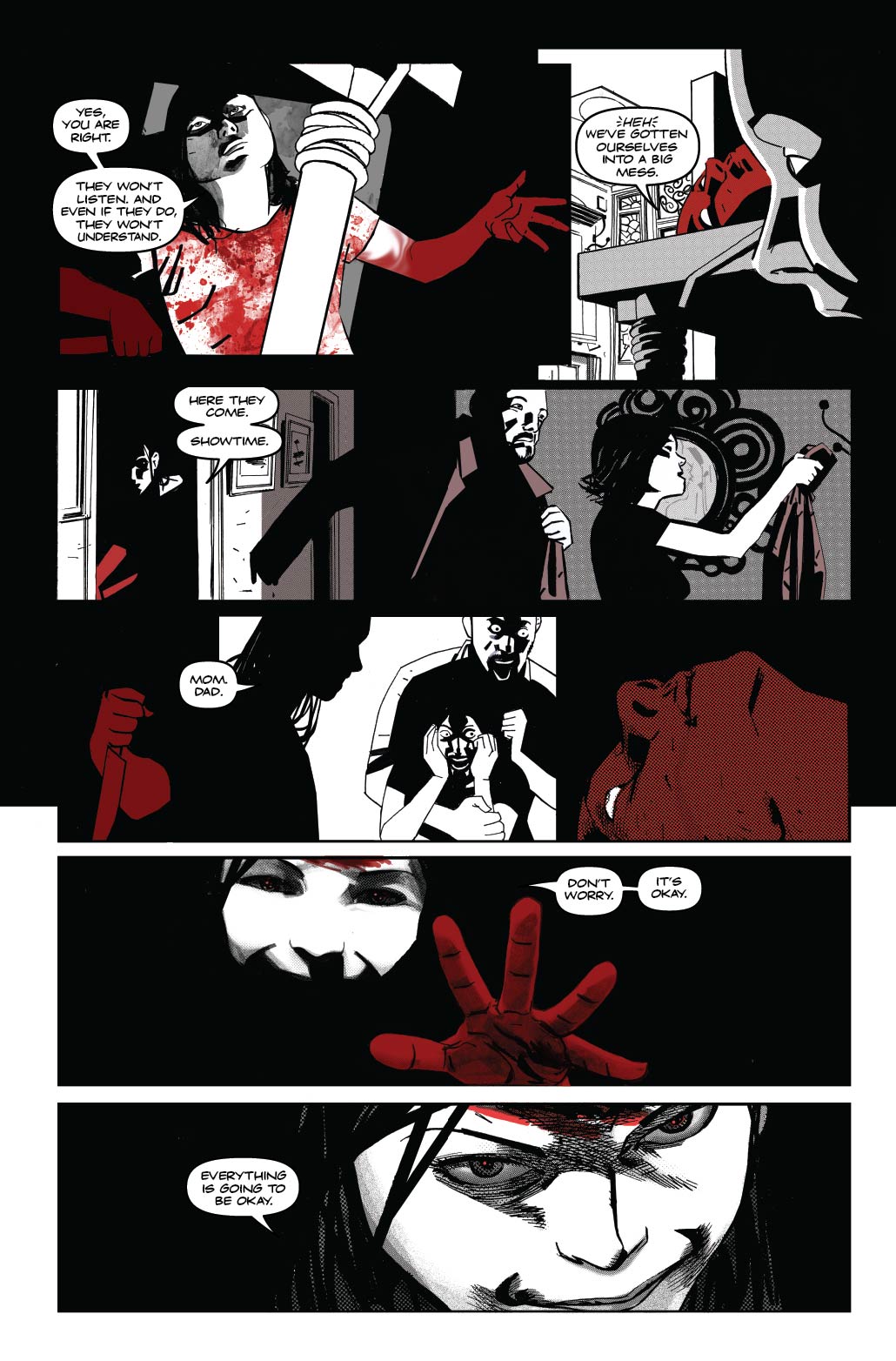 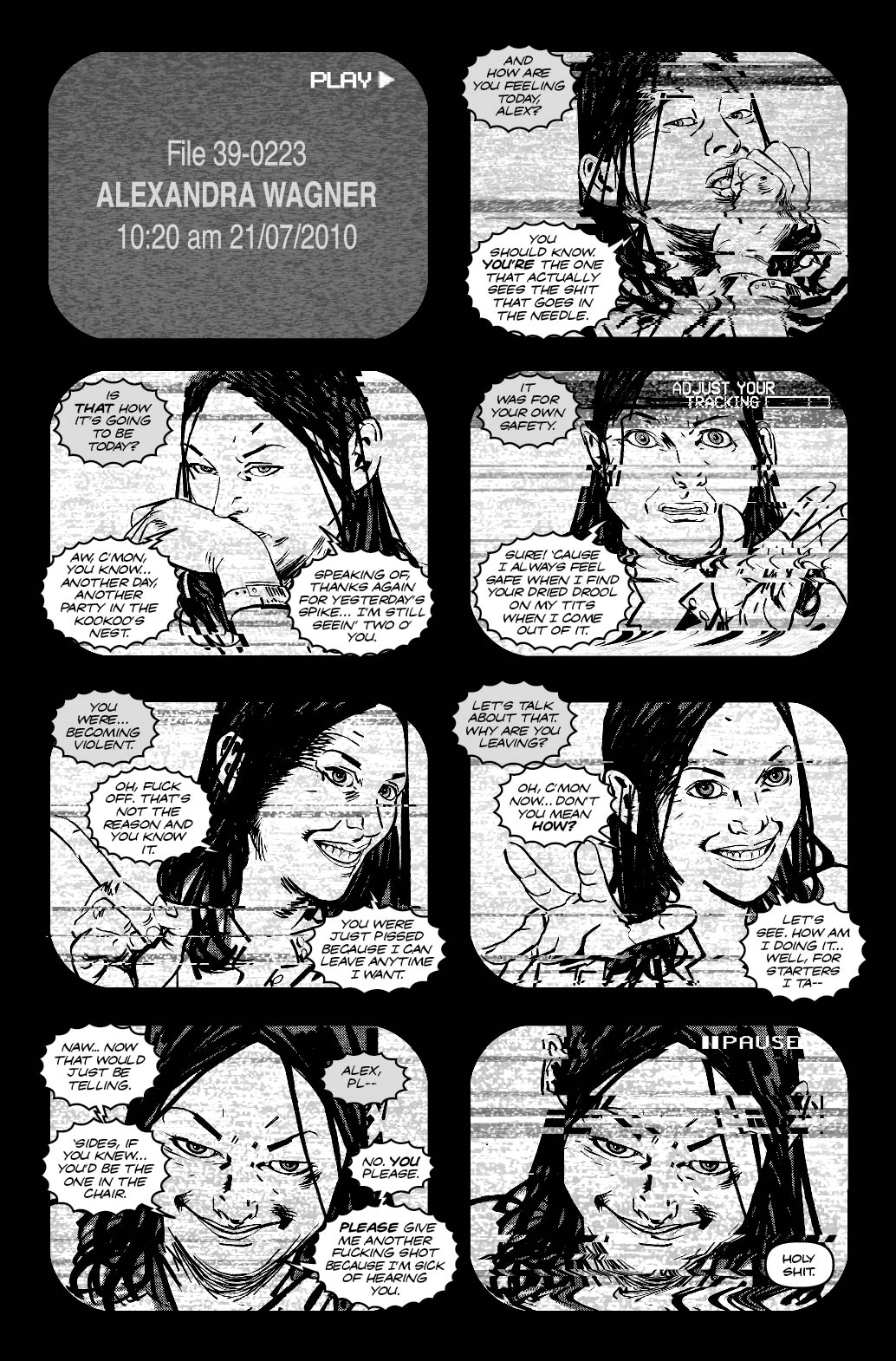 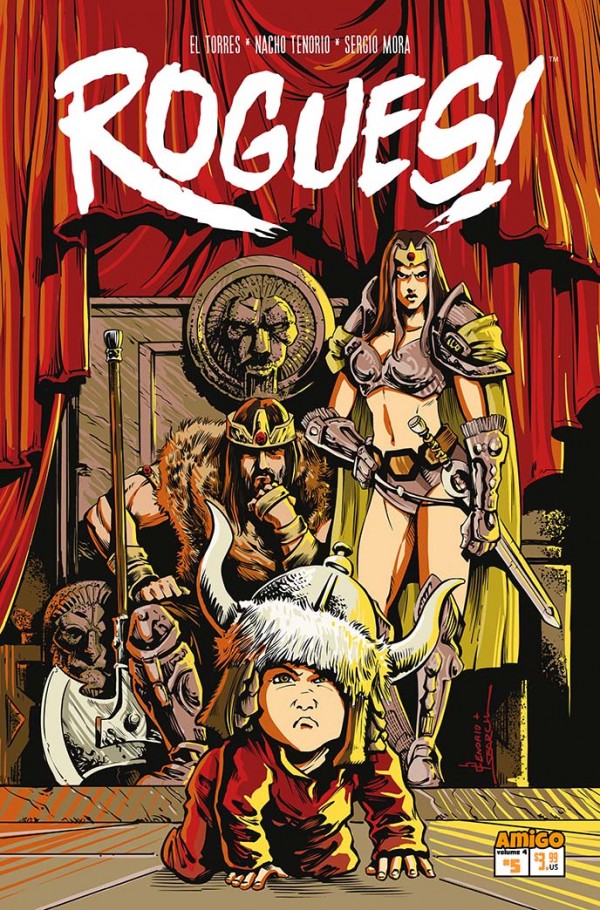 ROGUES! Vol. 4, #5: Odd Parenthood
Story by: El Torres
Art by: Nacho Tenorio & Sergio Mora
Color by: Verónica R. López
Cover Artist:Nacho Tenorio & Sergio Mora
Bram and Weasel hove escaped from the Hole of Despair just to find themselves between a rock and a hard place – plenty of pointy pikes! lf they don’t rescue the child, he will surely die. But if they succeed, an even worse destiny could fall upon them!
In this epic issue, finish the run of artist Nacho Tenorio (Army of Darkness, Dark Shadows) with his fellow Sergio Mora, along with the colors by Veronica R. Lopez.
Each volume in the Rogues series can be read independently of the previous ones. But if you want to get them, we have more volumes!
STK673073
UPC Code: 700598854251-00511
MATURE THEMES. RES. from PREVIEWS Vol. XXV #4

“This comic is actually very, very good. It’s something that the industry has needed for a while and I don’t even think they knew it. ”—Dustin Cabeal, Comic Bastards

“Rogues! is a title for anyone that is a fan of a series that mocks and parodies the medium and other characters in the fantasy/D&D genre. The start seemed iffy and not necessarily enough to sway new readers until a few pages in – then you’re hooked. ”
—Blake Hamilton, Destroy The Cyborg

“Torres has struck a very good tone, and so far, he’s been helped pretty well by his artistic collaborators. You’ve probably read comics like Rogues! before, but Torres does some good things with the characters and the plot that makes it more interesting than your standard sword-and-sorcery comic. Do yourself a favor and check it out!”
—G. Burgas, Comic Book Resources

“So hop the wall, pick the lock, avoid the guards, and place your order for the cheekiest, sassiest, quickest, (but not always the smartest) hooligans that Europe has brought us to date: Rogues! ”
—Sarah Martinez, Previews 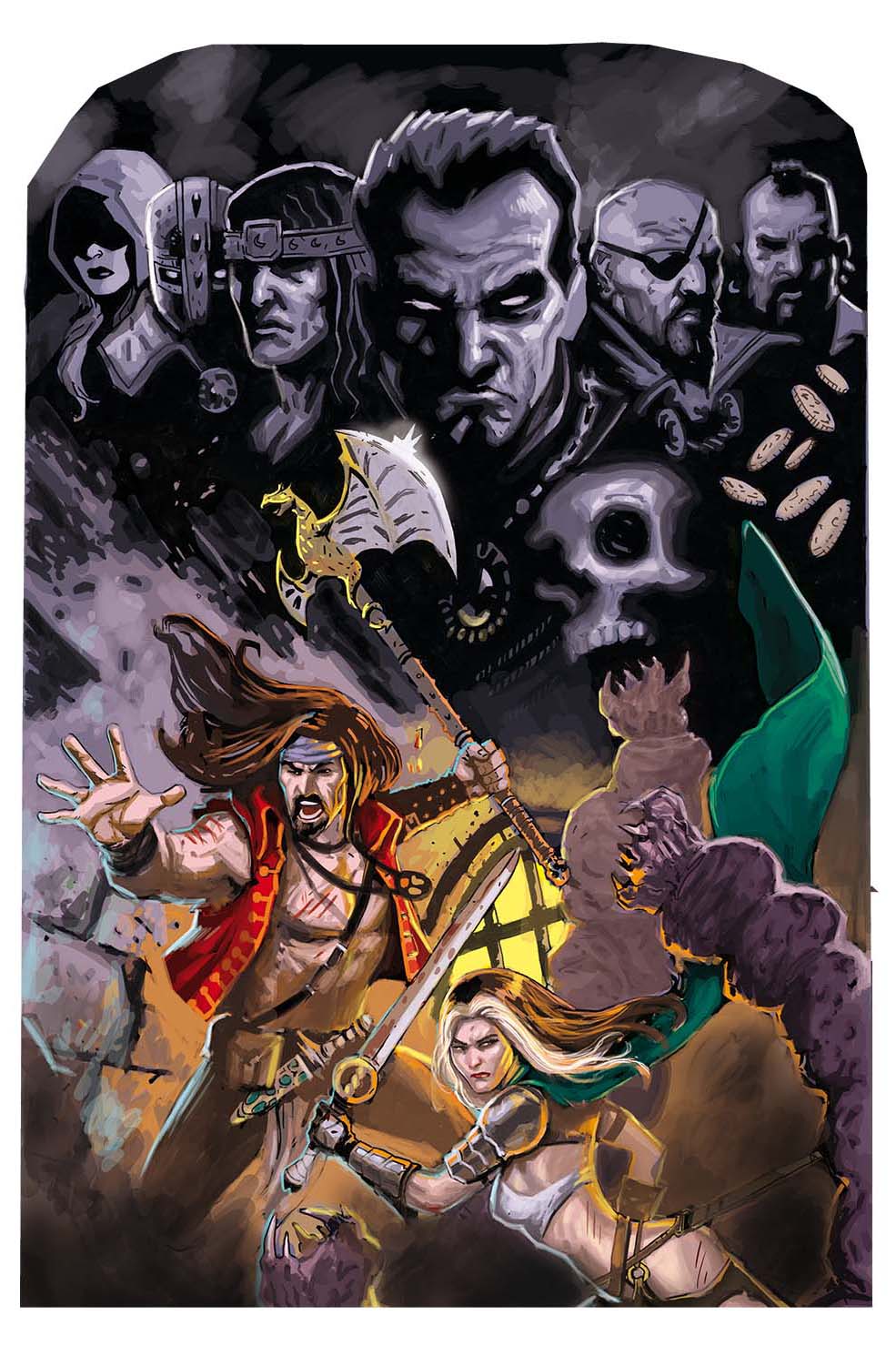 It’s in the stores! There is still time! Get THE WESTWOOD WITCHES TP 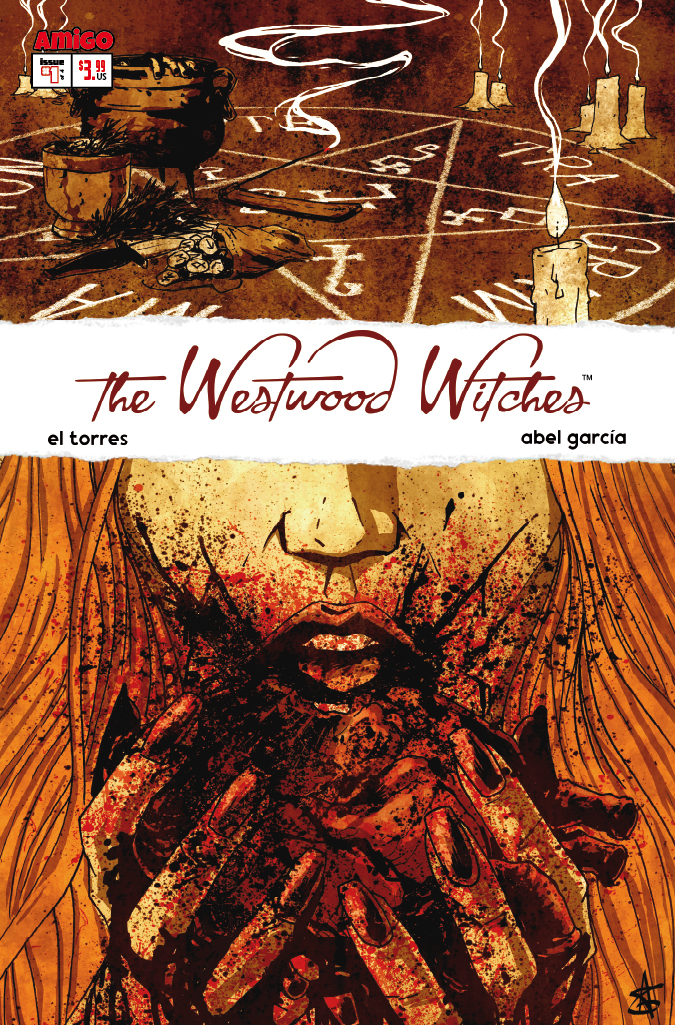 “The Westwood Witches is a brilliant piece of thoughtful modern horror (…) El Torres writes with such a fresh angle and innovative detail that it feels like he is creating the genre.”
–The Pullbox

“It feels like it’s hard to find good horror comics nowadays, and The Westwood Witches is that salvation in these troubled times.”
–Cameron Hatheway ,Bleeding Cool

“These women aren’t your friendly neighborhood Wiccans. They are blood thirsty, sinister and insanely hot women channeling a greater darkness than you would imagine.”
-Christine Caprilozzi, Horror Network