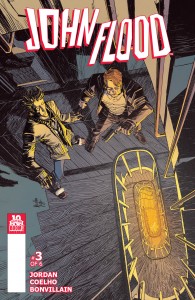 Anyone who liked the TV show The Mentalist, or Life, or maybe even House, can appreciate the sick pleasure of a series with a protagonist who’s kind of an ass. And really, John Flood is kind of an ass.

In his defense, part of this character flaw is the result of something that was done to him… As the result of a mysterious experiment, conducted by a mysterious government agency (is there any other?), John never sleeps and is in a constant state of pseudo dreaming. He hallucinates from time to time, and can’t always tell the difference between what’s in his head and what’s real. On the brighter side, he’s also able to make certain connections in his mind, seeing pieces of a puzzle that might be missed by other “normal people”, and it makes him one helluva private investigator.

He needs help. Okay, yeah, an argument could be made that he’s insane and needs help, but that’s not what I mean. Back to that part where I said that he’s kind of an ass. He pisses people off from time to time, and isn’t always the most cognizant of other people’s feelings, so he needs someone to more or less babysit him. Enter former police officer Berry. He’s the “muscle” of the operation, much more suited to the man of action role than John. Also, he’s finding himself more and more taking the role of John’s conscience, pointing out when Flood’s actions might not be the most socially or even morally acceptable.

By issue three, we really are starting to get a little more insight into John Flood and his motivations. Sure, he’s great at crime solving, but he’s not really into the actual part about solving the crime. In this issue, we see that his aims are a little more abstract, and that everything he does, he does with the hope of being able to confront the people who made him what he is today. If that means also confronting a serial killer whom he believes to be another product of similar experiments, so be it. After all, that’s why he has Mr. Berry with him, to pull him out of the trouble he creates for himself. 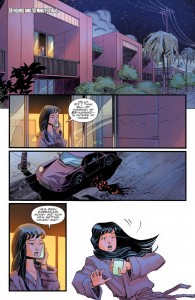 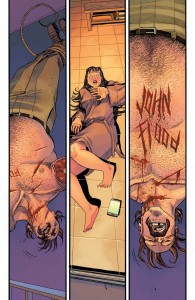 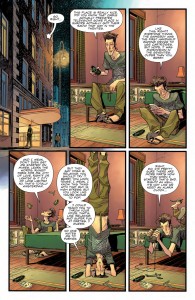 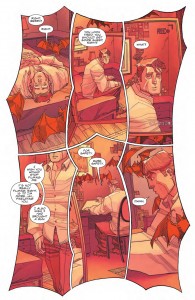 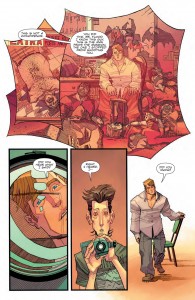