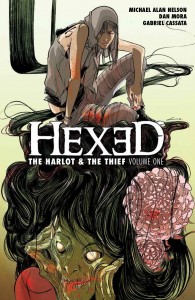 Hexed: The Harlot & The Thief Vol.1 TP
Writer(s): Michael Alan Nelson
Artist(s): Dan Mora
Luci Jennifer Inacio Das Neves (most people just call her “Lucifer”) is a supernatural thief-for-hire, stealing wondrous objects from the dark denizens of the netherworld for her mentor/mother figure, Val Brisendine. But when Lucifer accidentally unleashes a terrible evil from one of the paintings hanging in Val’s art gallery, will any of the tricks up her sleeve be enough to stop it? Collects issues #1-4.
———-

Fans of books like Constantine, and movies like Ocean’s 11 should get a kick out of Hexed. Michael Alan Nelson’s writing is sharp, and his dialogue definitely has wit to spare. The art by Dan Mora more than compliments the written word, taking the story’s supernatural elements and swinging them from pretty to downright creepy. The characters work together very well, with a banter that would make Joss Whedon proud.

Lucifer is a thief, and she’s a damn good one. Her skill set is specifically suited for her chosen profession, in that she can not only dangle from a rope with the best cat burglars, but she can also sommon giant snake demons from a half eaten apple (it had a worm in it), and deliver a well-placed headbutt for the up close and personal touch. In her line of work, stealing powerful arcane artifacts to keep them out of the hands of those who use them, you make a few enemies. Enter Madame Cymbaline, the creepily shrouded head of head of Graeaae Industries who’s willing to paint the walls red to just get a point across. Madame Cymbaline has dedicated her life to gain the power “to bend devils and men” to her will, and the actions of an upstart thief isn’t going to take away what she’s built.

Fortunately, Luci’s got friends. Val Brisendine, art gallery curator and mystical expert in her own right, seems very protective of what’s hers, and she’s placed Lucifer in that category. Val’s assistant, Raina (referred to by Lucifer as “the intern”) plays the part of the innocent and uninformed in regards to the supernatural aspects of her employer’s work, but she doesn’t get to stay in that category for very long. It doesn’t take a genius to see that the three of them are going to have their hands full…

There look to be twists and turns aplenty in this story, full of daring do and mystic battles. Boom Studios has put out some quality work, and Hexed is looking like it’s no exception. If you haven’t given the series a look, this trade paperback release covers the first four issue arc, and would be the perfect jumping in point. 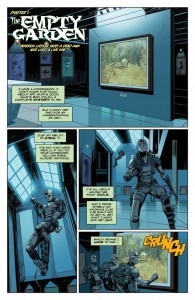 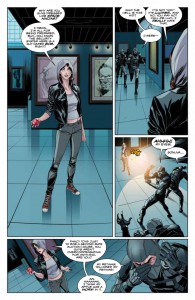 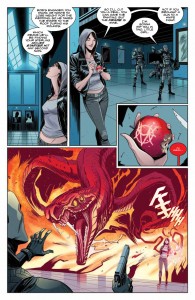 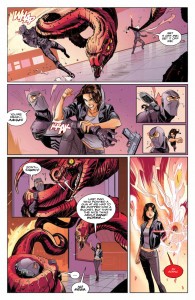 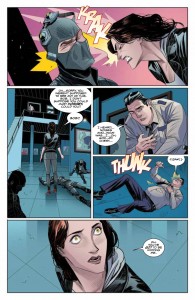 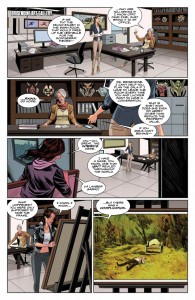 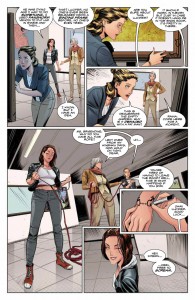 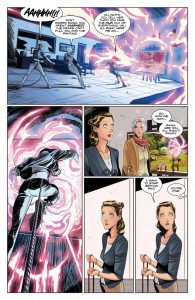 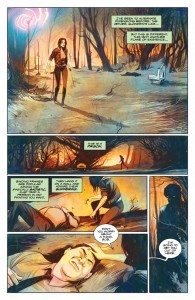 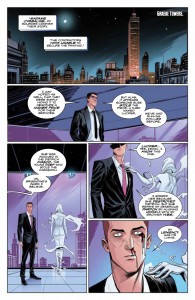