They are beings of unspeakable power. Former Avengers and cosmic entities that have defended Earth from the far reaches of the cosmos. This December, they return from outer space to embark on the adventure of a lifetime – going to college! Today, Marvel is pleased to announce STARBRAND & NIGHTMASK #1 – a brand new ongoing series from critically acclaimed writer Greg Weisman (Star Wars: Kanan) and rising star artist Domo Stanton (Deadpool)!

“Nightmask is the Herald (and conscience) for Earth’s Starbrand (i.e. it’s Planetary Defense Mechanism),” says series writer Greg Weisman in an interview with Marvel.com. “He’s been tutoring Starbrand in his powers, and they really are best friends. In fact, each is practically the other’s ONLY friend.”

Imbued with cosmic powers, they’ve battled alongside some of the universe’s greatest champions. And repelled invasions from destructive alien forces. But nothing will prepare them for the likes of class registration, choosing a major and midterms. What meal plan will cover a cosmic metabolism? Can two all-powerful entities share a dorm room the size of a roach motel? Can you safely teleport to Mars after partying all night long at your first kegger?

“Kevin (Starbrand) is actually very reluctant to go back to college. (His last stint didn’t end well, to say the least.) But Adam (Nightmask) insists that they both attend college, because Kevin needs to reconnect with humanity. After all, if he’s going to protect the planet, Kevin needs to care about its inhabitants.”

This December, it takes more than superpowers to be a hero. Witness the rise of two galactic saviors as Weisman & Stanton bring you a titanic twosome in STARBRAND & NIGHTMASK #1! 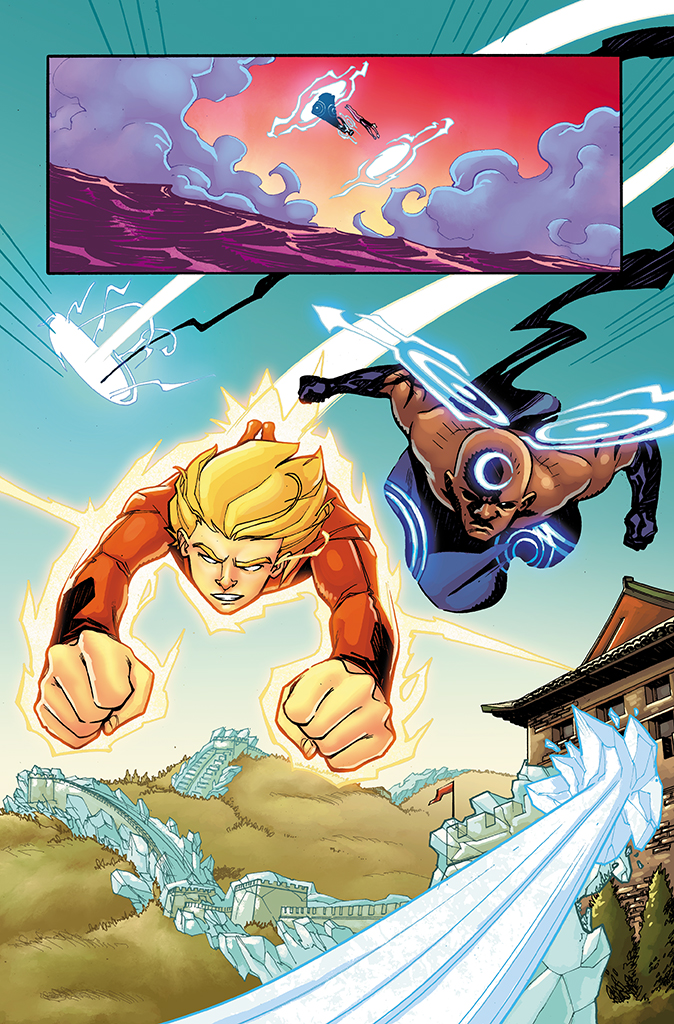 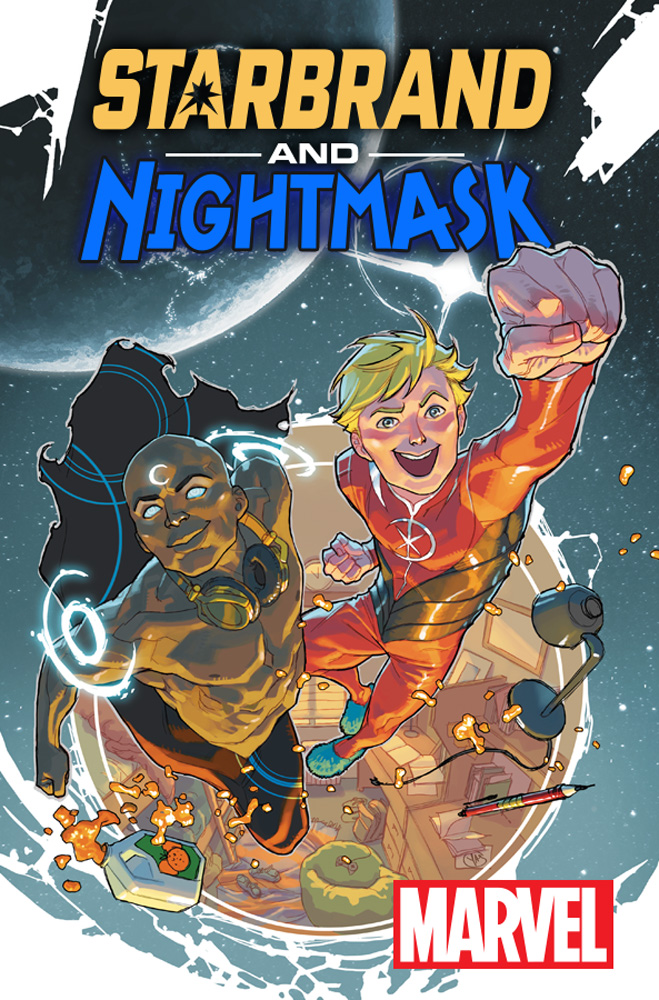