Eric
Conventions, Movies
Comments
Random Reel Entertainment is excited to announce that their latest feature film Non-Stop to Comic-Con will have its world premiere this Saturday, May 16th at 3:00 pm. The screening, which is part of GeekFest Film Fest, will be shown to attendees at the inaugural Atlantic City Boardwalk Con. Non-Stop to Comic-Con is a film for geeks, by geeks, and is a celebration of geek culture that inspires a positive geek message. The film stars Adam Young, Chris Teregis, Zach Reino, Nicole Erb, Kate Murdoch, Will McLaughlin, Katy Dore, Natalie Neuman, Mindy Robinson, Nina Kate, and Jennifer Irene Gonzalez.
Co-Writers and Directors Randy Van Dyke and David Edmundson will also be available for phone or Skype interviews along with select members of the cast. To schedule an interview emailDavid@randomreel.com. Below you will also find a link to the film’s trailer as well as the official poster and a few select images.
Official trailer for Non-Stop to Comic-Con
Official synopsis for Non-Stop to Comic-Con;
Lewis is a self-admitted geek, and never quite felt like he fit in.  Outcast all his life, he and his small circle of friends would prefer socializing online, playing video games, or going to midnight movie screenings than engage in socially deemed “normal” activities.  This ragtag bunch of misfits has long dreamt of making the pilgrimage to the pinnacle of all things geek: San Diego Comic-Con.  This year they’re finally going to make it happen, but it’s not going to be easy.  They are going to face crazy exes, a trigger-happy pilot with PTSD, a cult of anti-geek religious activists, and a whole first class section full of porn stars, all while on a malfunctioning plane that will crash if they don’t overcome their differences and work together to survive.
Join Non-Stop to Comic-Con on Facebook and Twitter. 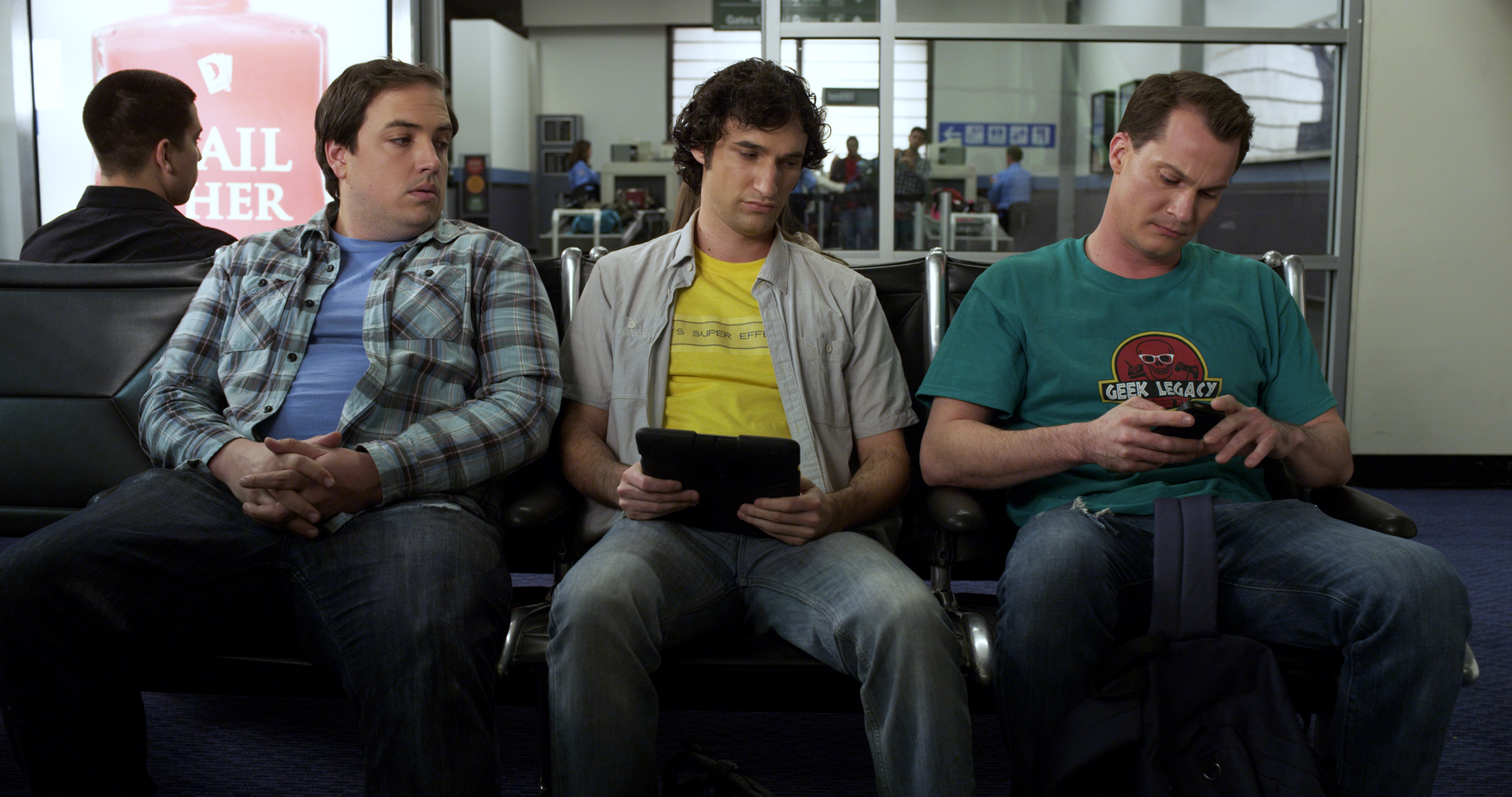 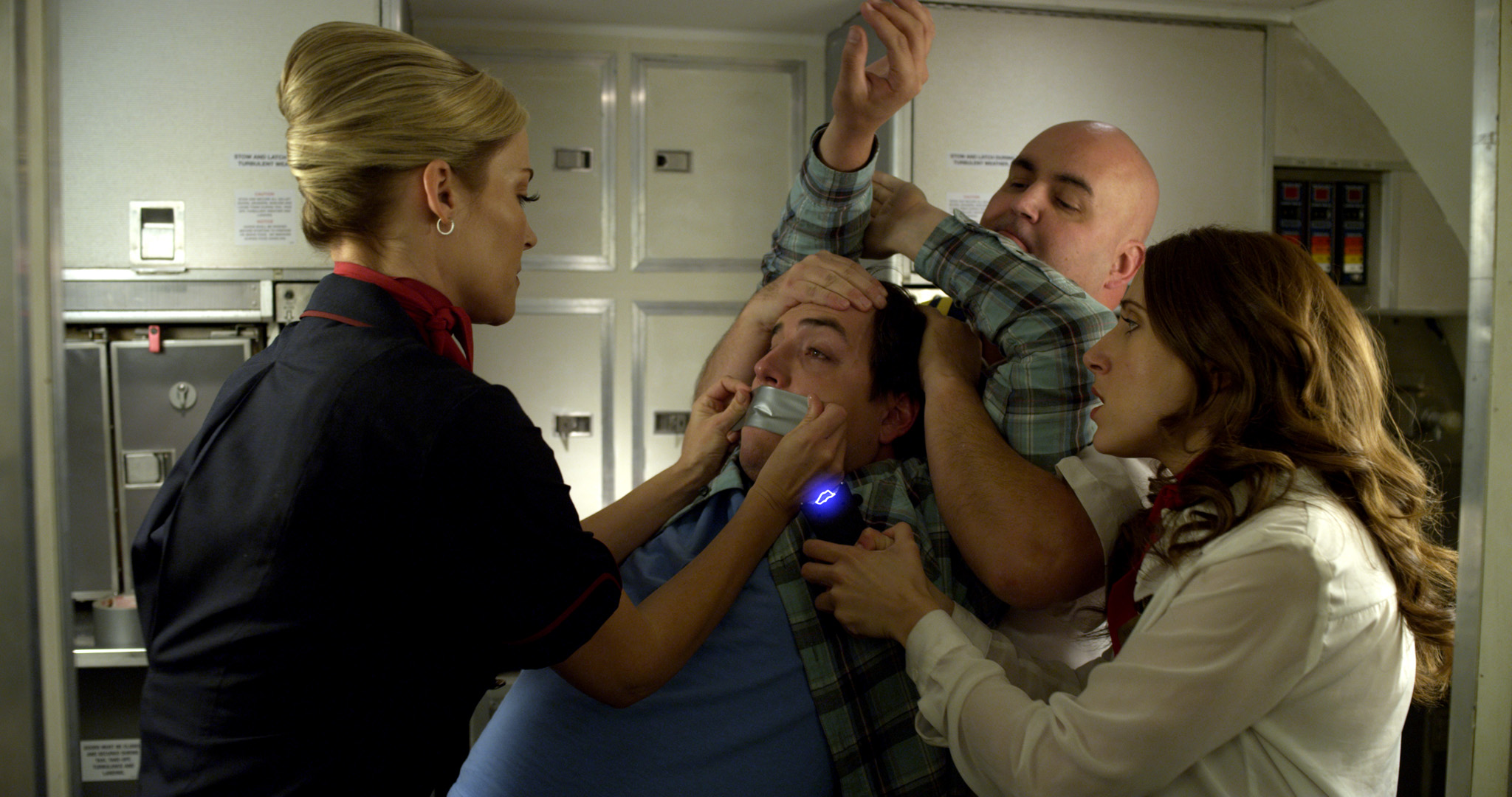 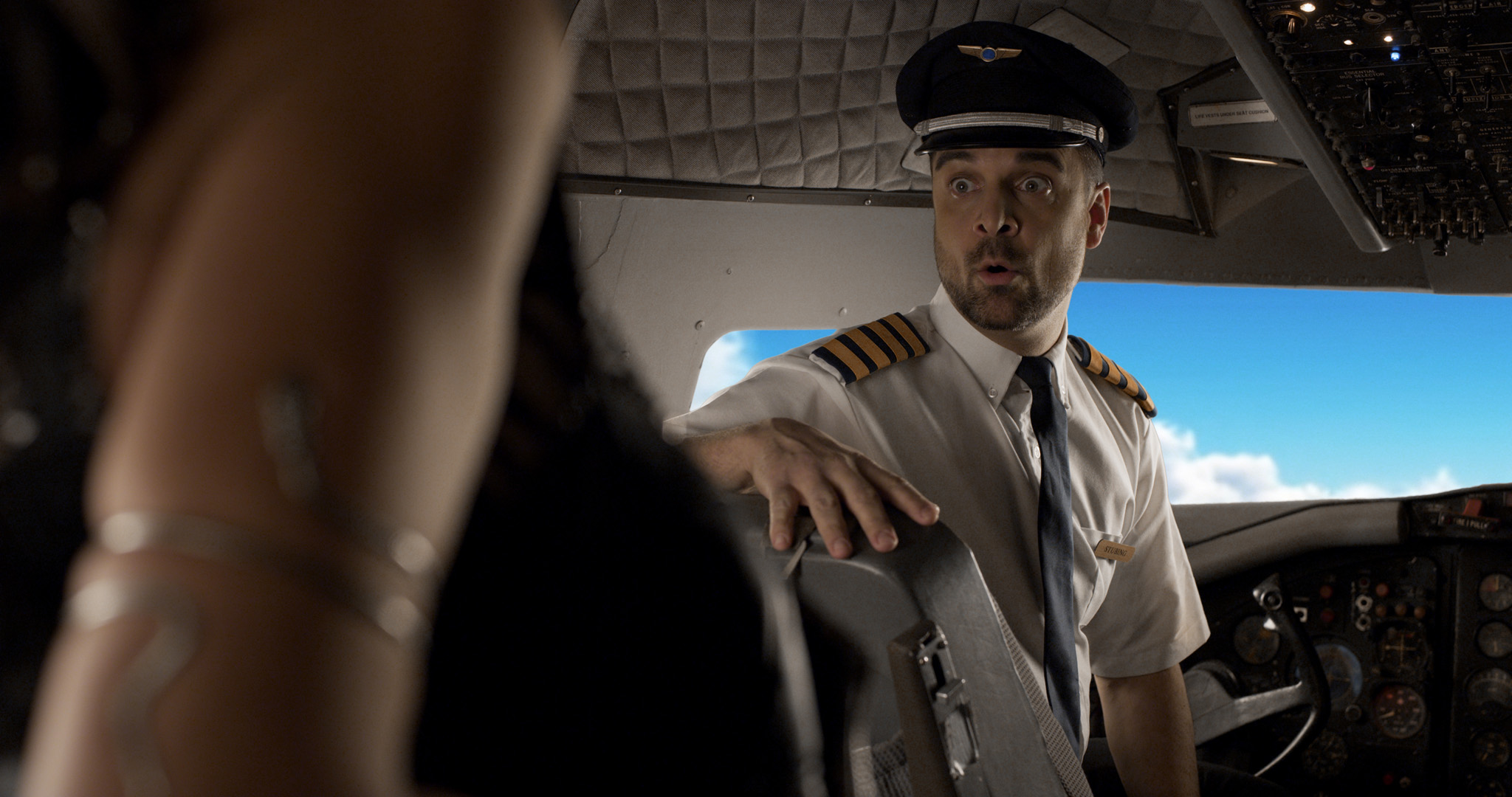 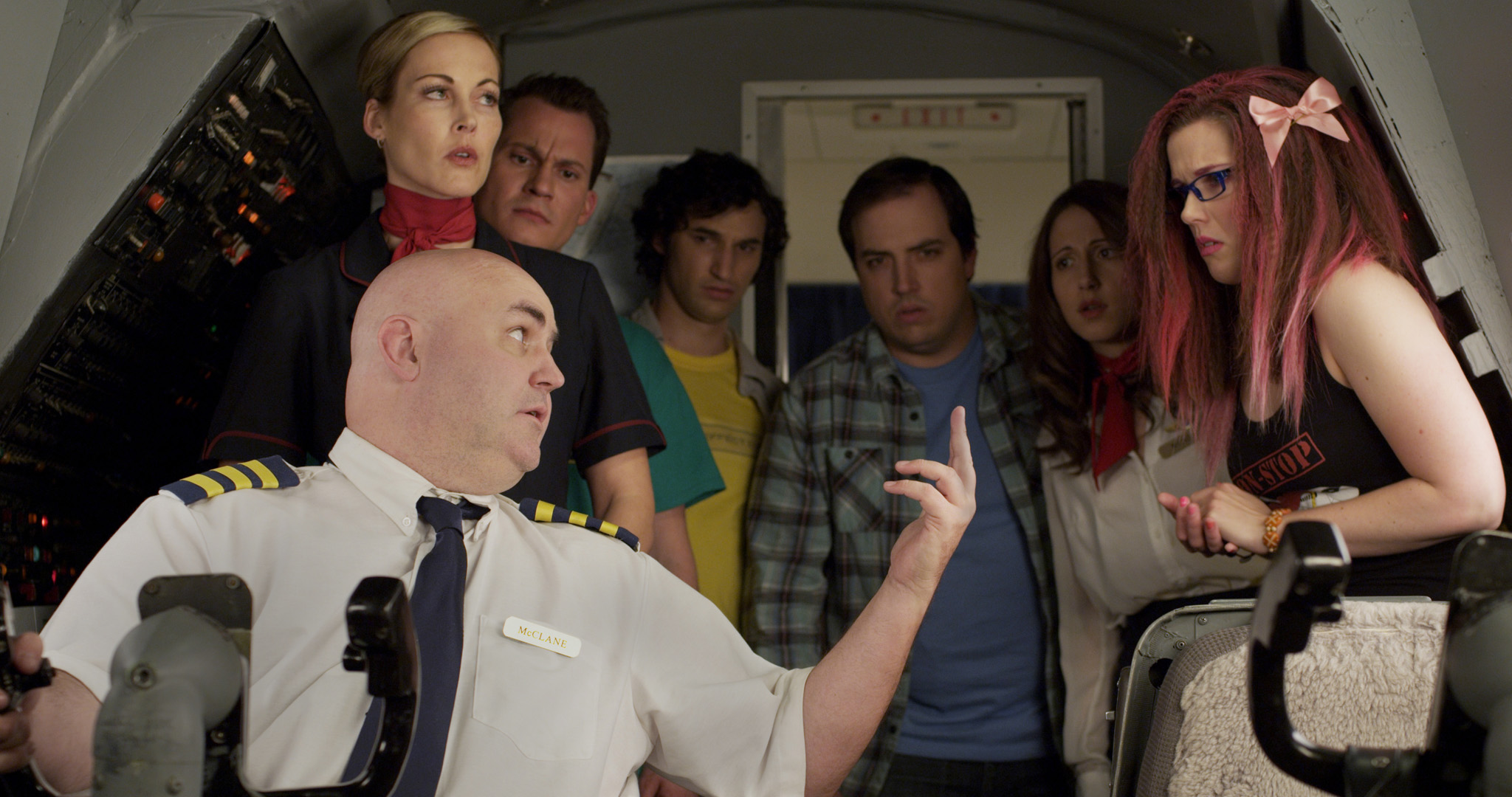 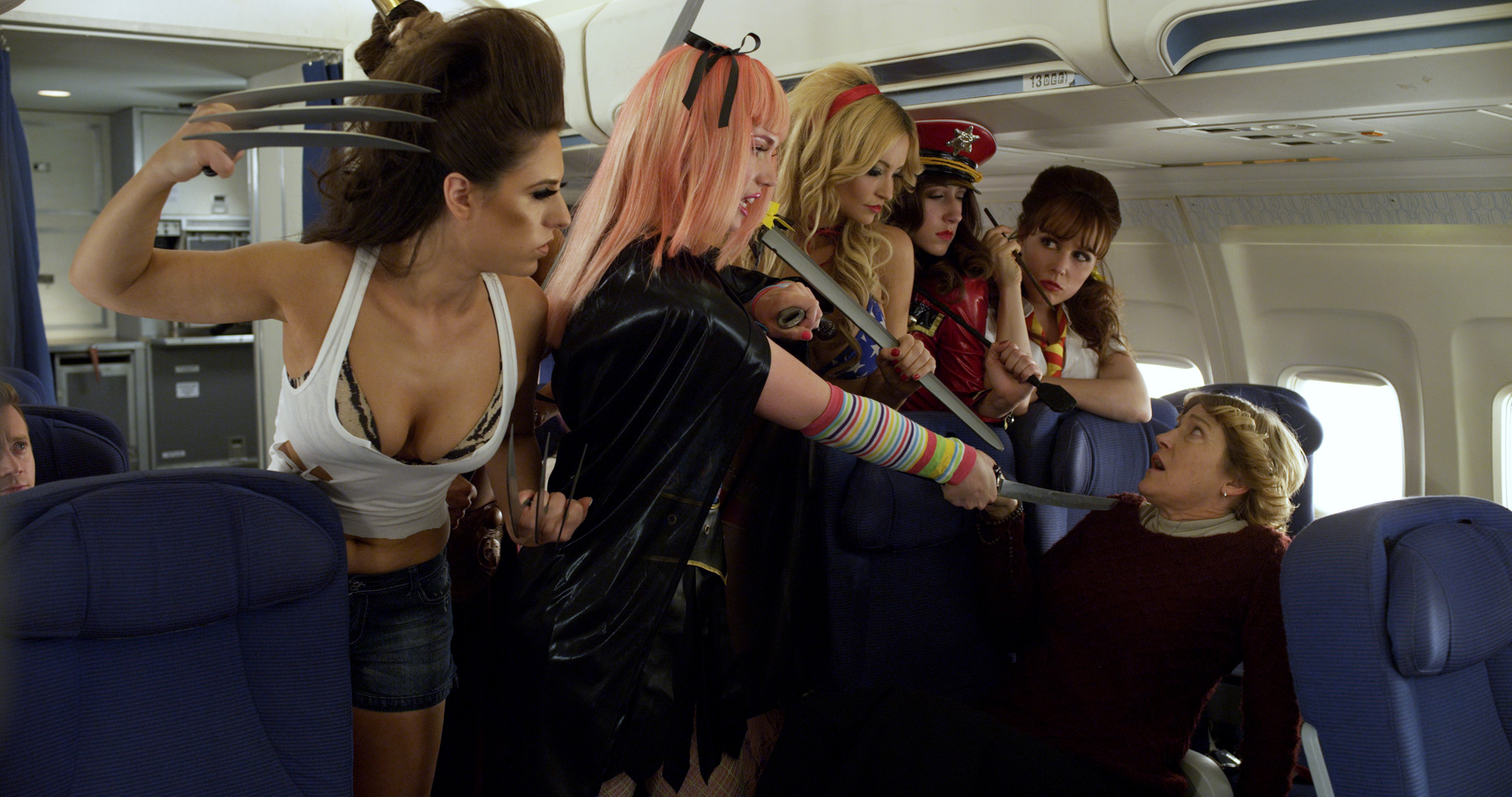 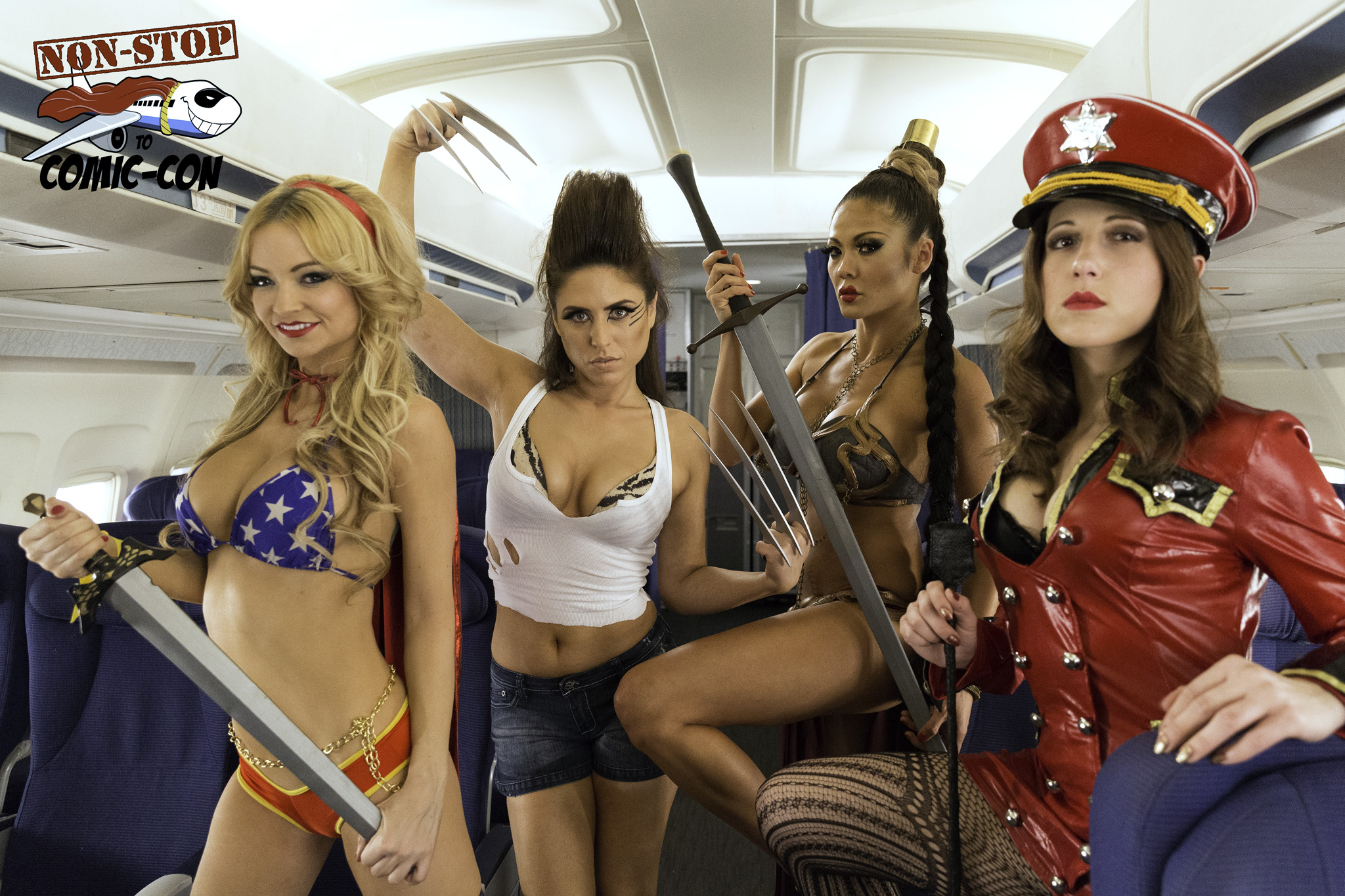 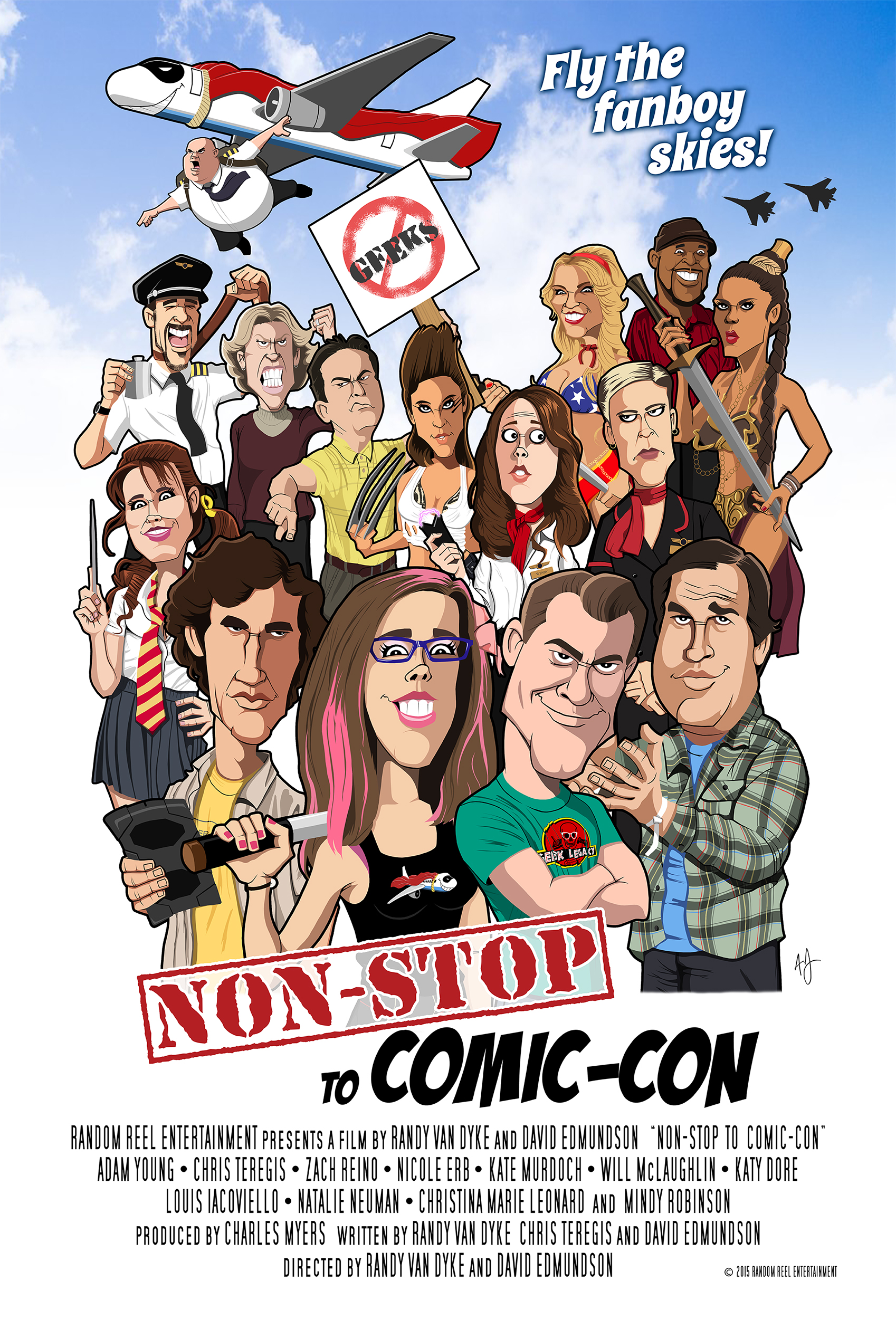