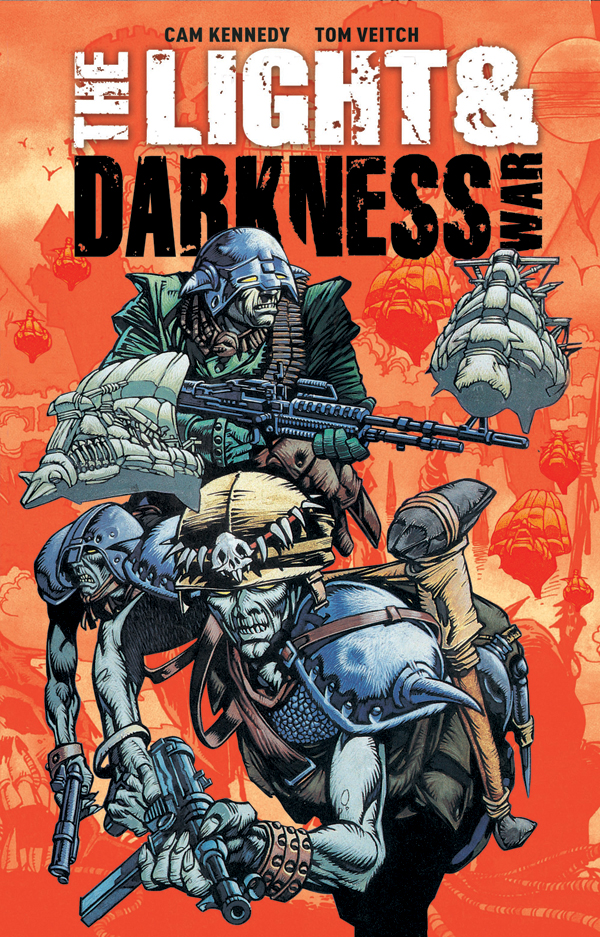 The Light and Darkness War
Writer: Tom Veitch
Artist: Cam Kennedy
Doorgunner Lazarus Jones is consumed with nightmares and grief after his helicopter crew is killed in Vietnam.
Spiralling into depression and alcoholism, Laz crosses the threshold between life and death, only to find himself battling once more alongside his lost comrades, in the ultimate war between Good and Evil…
——–

War is hell. Anyone who’s been there will tell you that. What some might not tell you is that once you’ve been there, it really can be hard to let go. This is never more true than it is among survivors who’ve lost comrades in combat. Beyond “survivor’s guilt”, there’s the feeling that if you could go back, maybe you’d find something that you lost, in some way prevent more deaths, or just to hang onto the memory of your friends.

This seems to be true for Lazarus Jones, Vietnam survivor who’s spent twenty years trying to put the pieces of his life back together. He’s haunted by the memories of the helicopter mission that ended with his entire team wiped out, and the loss of both of his legs. Teetering back and forth between drug addiction and alcoholism, Lazarus already seems to be little more than an animated corpse looking for a casket to lay down in.

A car accident puts Lazarus Jones in a coma. Physically, his injuries seem minor, but inside he’s vacated the premises. He finds himself wandering a wasteland on two perfectly good legs, following the sounds of combat to a bizarre battlefield. There he sees something resembling a Viking ship flying through the air, carrying troops into battle. The scene is even more surreal when he realizes that the crew aboard the craft are his old team, still fighting the good fight. Lazarus is picked up and taken to a strange city filled with strange people, and the backstory starts…

The Darkness has instigated a war against the Light that has lasted for as long as anyone can remember. On the side of the Light are a race of beings called the Menteps, capable of flying ships across the galaxy and healing wounds, and the Light Warriors… an army of the dead recruited to stand against the Darkness and its Deadsiders. There doesn’t seem to be any doubt that Lazarus, having found his lost brothers in arms again, will willingly leave them behind to fight without him. The choice might not be totally up to him as, back in the land of the living, doctors work to revive him from his comatose state.

In the spirit of some great books like Alien Legion and Cluster, The Light and Darkness War looks to deliver on some gritty action. 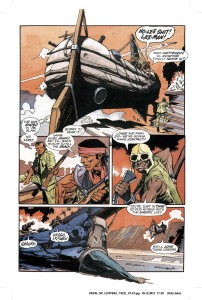 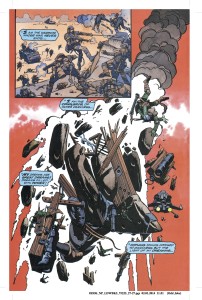 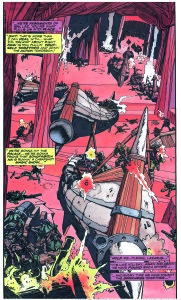 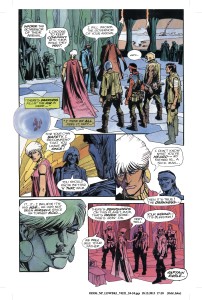