Dynamite Entertainment is proud to announce that Swords of Sorrow, the epic crossover of female characters conceived of by fan-favorite and bestselling writer Gail Simone, will continue to expand its reach in June and July with new tie-in comic book projects, each helmed by a female writer. In June, Dynamite will debut Swords of Sorrow: Dejah Thoris & Irene Adler, a three-issue miniseries by Leah Moore, as well as the Swords of Sorrow: Black Sparrow & Lady Zorro Special by Erica Schultz. One month later, the three-part Swords of Sorrow: Red Sonja / Jungle Girl miniseries will release its first issue, written by Marguerite Bennett. The tie-in storylines, created to explore ideas introduced in Simone’s core series, will run concurrently throughout the summer with Swords of Sorrow and additional announced tie-in titles.

In June, writer Erica Schultz (best known for her work on the M3 comic book series and the original graphic novel Revenge: The Secret Origin of Emily Thorne) will team with artist Cristhian Crizam Zamora to deliver Swords of Sorrow: Black Sparrow / Lady Zorro, a one-shot special that unites the Western heroine with the shady mercenary first introduced in the pages of The Shadow. In the done-in-one issue, Lady Zorro and The Black Sparrow join forces to fight a wicked prince’s Shards of Chaos in a prehistoric land. “It’s very exciting to be able to experiment creatively with characters from different eras and place them in these unusual situations,” says Schultz. “This whole crossover runs the gamut of genres, and I think it’ll be very exciting for fans.”

Also that month, writer Leah Moore returns to Dynamite on Swords of Sorrow: Dejah Thoris & Irene Adler #1, the first chapter in a miniseries illustrated by Francesco Manna. Moore’s previous work at the company included several stints as co-writer on various Sherlock Holmes series, so her return to explore the resourceful Holmes character Irene Adler is sure to be well-received by fans. Issue #1 will reintroduce Adler as a fugitive, a master of disguise, and a femme fatale, but even she is surprised to find herself made bounty hunter, tracking savage foes across the grimy streets of London. Meanwhile, in a far-off world, Princess Dejah Thoris (of Dynamite’s Warlord of Mars series) is defending Barsoom against an influx of trespassers and ready to put the guilty to her sword. The world-colliding events of Swords of Sorrow then bring these dangerous women together, with unexpected results.

In July, writer Marguerite Bennett (Batgirl, Earth 2) will bring together two of Dynamite’s most action-oriented characters in Swords of Sorrow: Red Sonja / Jungle Girl #1, featuring art by Mirka Andolfo. Of the crossover, Bennet says, “Red Sonja / Jungle Girl is pulpy, witty, charming, campy, and packed full of more action than one chainmail bikini can contain. As the Rift begins to set entire worlds crashing into each other, an ice wyrm from far Hyrkanian tears through the portal, raining down destruction the likes of which Jana’s jungle has never seen. The once-tropical island is plunged into winter as chaos overtakes the jungle with killing cold. Red Sonja and Jana the Jungle Girl must battle magic, monsters, Mistress Hel, and each other to destroy the cause of the curse and return balance to the world.”

“Gail has brought in incredible creators for the strongest female event of the year. This is the only event that is led by all female writers (Marguerite Bennett, Erica Schultz, Leah Moore, and Nancy A. Collins, just to name a few), and female artists are working on the series, as well — pencillers, colorists, and cover artists. It’s one of our biggest events ever, and an opportunity for fans who want more comics with female voices. We can’t wait for readers to check each series out,” says Dynamite CEO/Publisher Nick Barrucci. 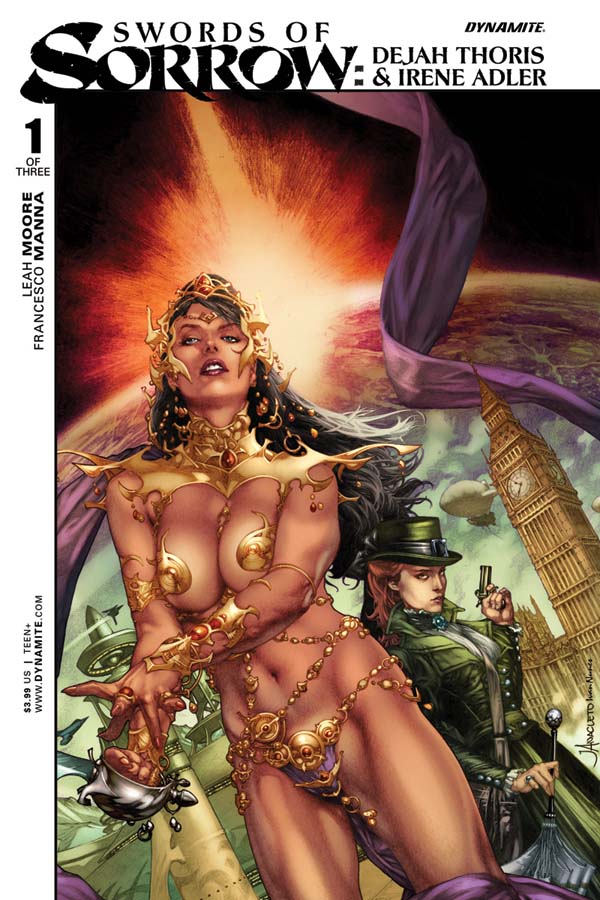 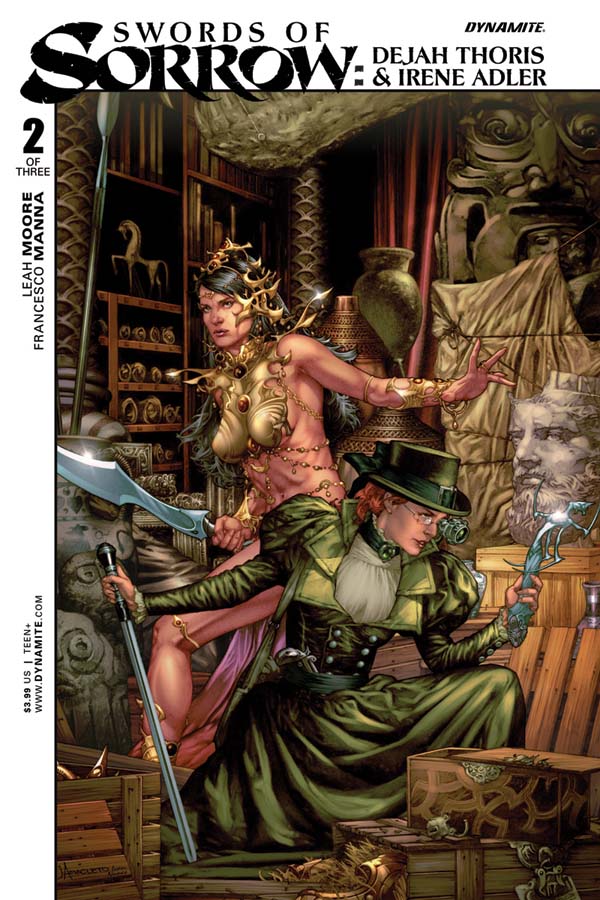 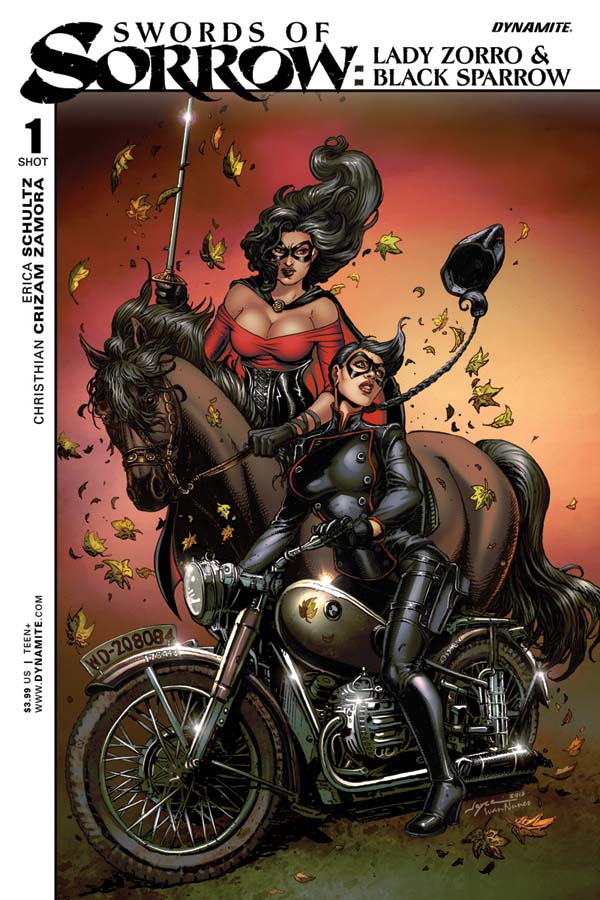