The are the elite. They are the best of the best. And this June they are rocketing into Secret Wars in CAPTAIN MARVEL AND THE CAROL CORPS #1 – an all-new Secret Wars series! Blockbuster Captain Marvel creators Kelly Sue Deconnick and David Lopez join Marvel newcomer Kelly Thompson for a high-flying tour of Battleworld from the inside of a cockpit!

Speaking on Carol’s role on Battleworld, co-writer Kelly Sue Deconnick explains to Marvel.com, “She’s a hero. She’s a pilot. That’s one of the things I find most interesting about CAPTAIN MARVEL AND THE CAROL CORPS. She’s a very defined person and even when changing her environment and circumstances – she’s still that person.”

Face front and stand at attention True Believers, because the Corps needs people like you! So put on your uniform and get ready for the most high-flying, action packed Captain Marvel series fans have been clamoring for. Strap in and hold on – this is CAPTAIN MARVEL AND THE CAROL CORPS #1! 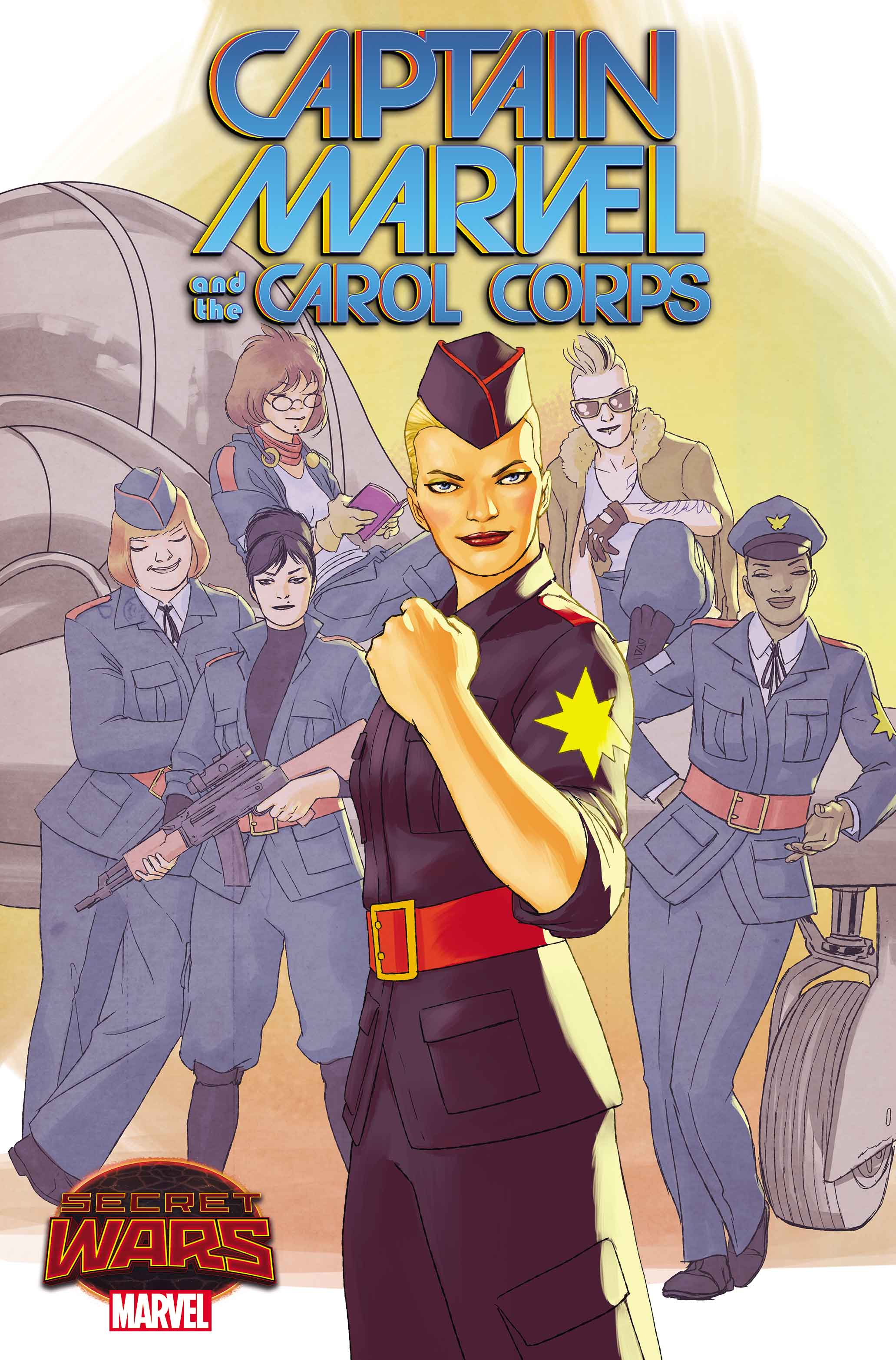 You thought the horrors were over? Think again! It’s time to return to the ruined wastes of New York City once more in YEARS OF FUTURE PAST #1 – a new Secret Wars series coming this June! Writer Marguerite Bennett and artist Mike Norton take you back to the apocalyptic future of one of the most famous X-Men tales of all time – and the tragedies that come with it.

Amid the ravaged hellscape of Battleworld’s Sentinel Territories, armies of armored behemoths patrol the skies and streets. Their mission – exterminate all mutants! Amid the rubble walks Kate Pryde – mother, warrior, X-Man. A heroine tried and true and tested by war, she stokes the fires of revolution.

“Harkening back to the source material, this Kitty Pryde is a grown woman – now called Kate Pryde,” says writer Marguerite Bennett in an interview with Marvel.com. “She is no longer a desperate girl with nothing to lose, she’s a mother and wife with more to lose than ever before. On her shoulders rest not only the lives of her family and friends and a solitary mission, but the survival of her entire people who are dwindling to nothingness through the purges of the Sentinels and the abuses of the regime in power.”

Rebellion is in the air, and Kate Pryde will do anything to ensure the survival of her people – including breaking the remaining X-Men out of their military prison! But is she willing to risk everything, even her family? The answers lie within this June in YEARS OF FUTURE PAST #1!

YEARS OF FUTURE PAST #1
Written by MARGUERITE BENNETT
Art by MIKE NORTON
Cover by ART ADAMS
On Sale This June! 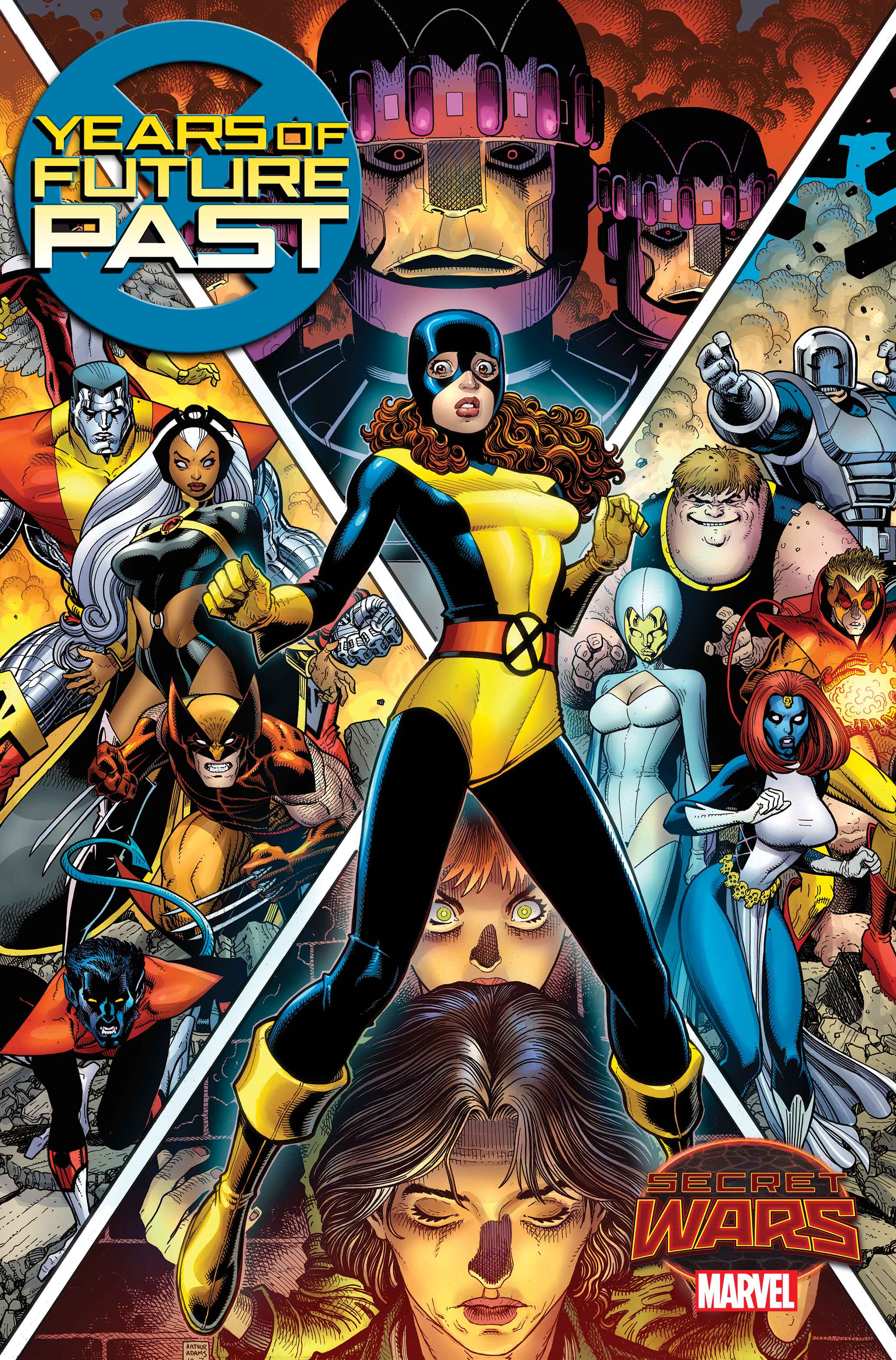 This June, venture to a wondrous techno-utopia, with a dark and sinister secret in ARMOR WARS #1 – a new Secret Wars series! Eisner-award winning writer James Robinson and artist Marcio Takara show you the beauty technology can bring…and the horrors it can unleash!

Welcome to Technopolis, a shining beacon for all Battleworld to see. Full of science and wonder created at the hands of rival genius brothers – Tony Stark and Arno Stark. Yet shadows fall over this armored Utopia. A unique disease forces EVERYONE to wear armor just to live and breathe!

“Plus, James is delving into the kind of emotional and hard hitting story he excels at,” continues Paniccia. “He’s doing some amazing world-building and bringing us a mystery that—as it’s peeled back—will shock readers and make their hearts sink into their stomachs.”

But when murder strikes his domain, Baron Tony Stark must race against the clock to identify the mysterious killer. But is he too late to stop more bodies from showing up? And just who is the mysterious Iron Hand? Find out as the mechanical murder mystery kicks off in ARMOR WARS #1 this June! 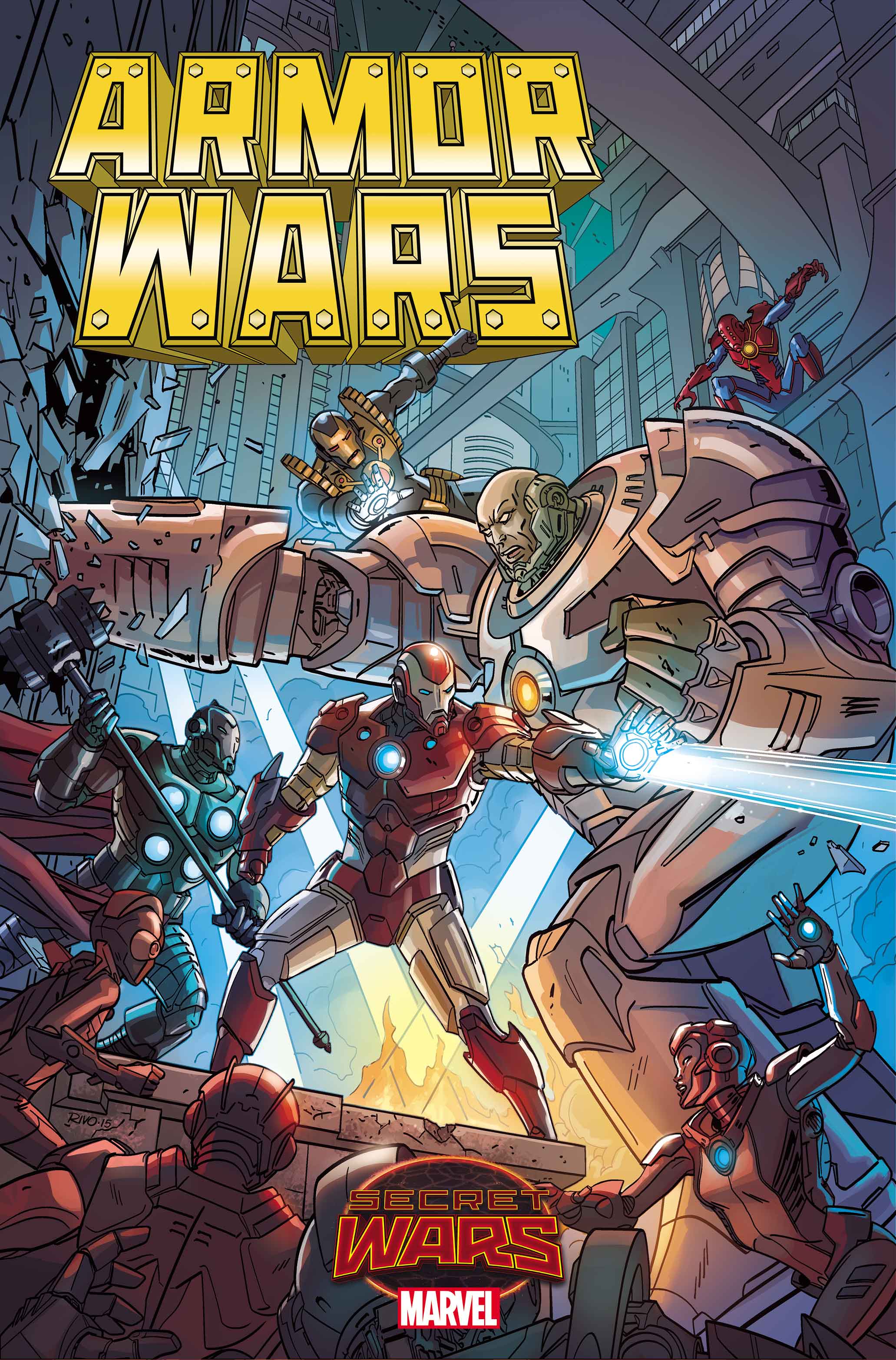