“In a book like this, the sky is the limit,”  exclaims Senior Editor Nick Lowe. “But it’s going to be crazy! One of the coolest things about Secret Wars is the door it opens to stories of all kinds. WHERE MONSTERS DWELL fits square in the middle of the Secret Wars pocket, but it approaches at a very Ennis-ian angle.”

Dogfights! Dinosaurs! Dames! Danger! This book has it all! Enter the Valley of Flame, Battleworld’s home to the deadliest creatures prehistory has to offer. Stranded amidst its Pterodactyl-filled skies? Karl Kaufman, the high-flying aerial ace known as the Phantom Eagle!

Expanding on working with Ennis, Lowe added, “Garth is the best all-around writer in comics, period. His stories are perfectly paced, his characters are three-dimensional, horrifying, hilarious and come alive on the page and he crushes you with cliffhangers better than anyone.”

Marooned in the Valley of Flame alongside socialite Clementine Franklin-Cox, he’ll face down dinosaurs, cannibals, and the worst that Battleworld has to offer from inside the cockpit of his biplane. Fighter planes and prehistoric creatures collide this May in a raucous tale of the Phantom Eagle as Garth Ennis and Russ Braun dare you to enterWHERE MONSTERS DWELL! 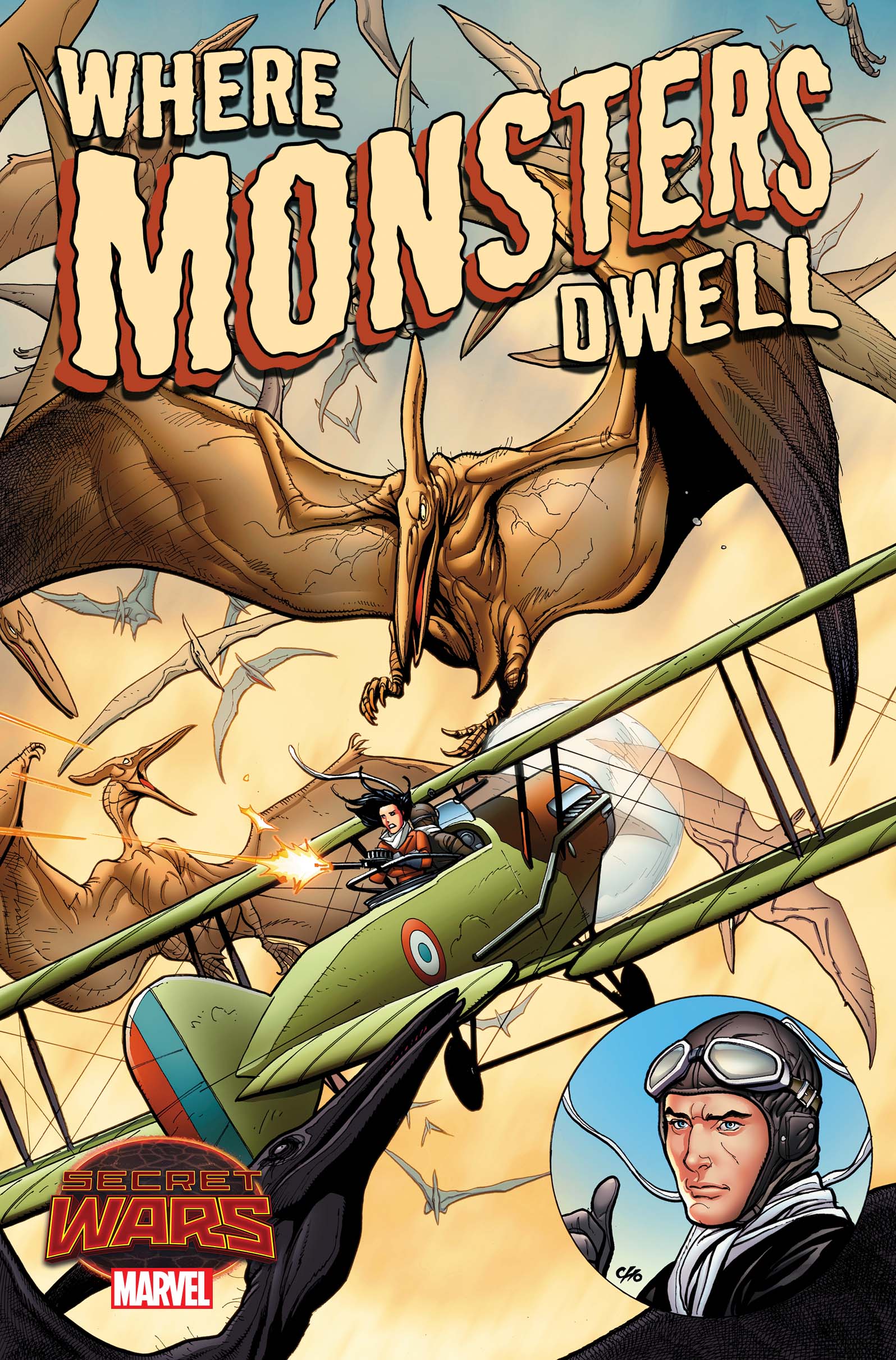