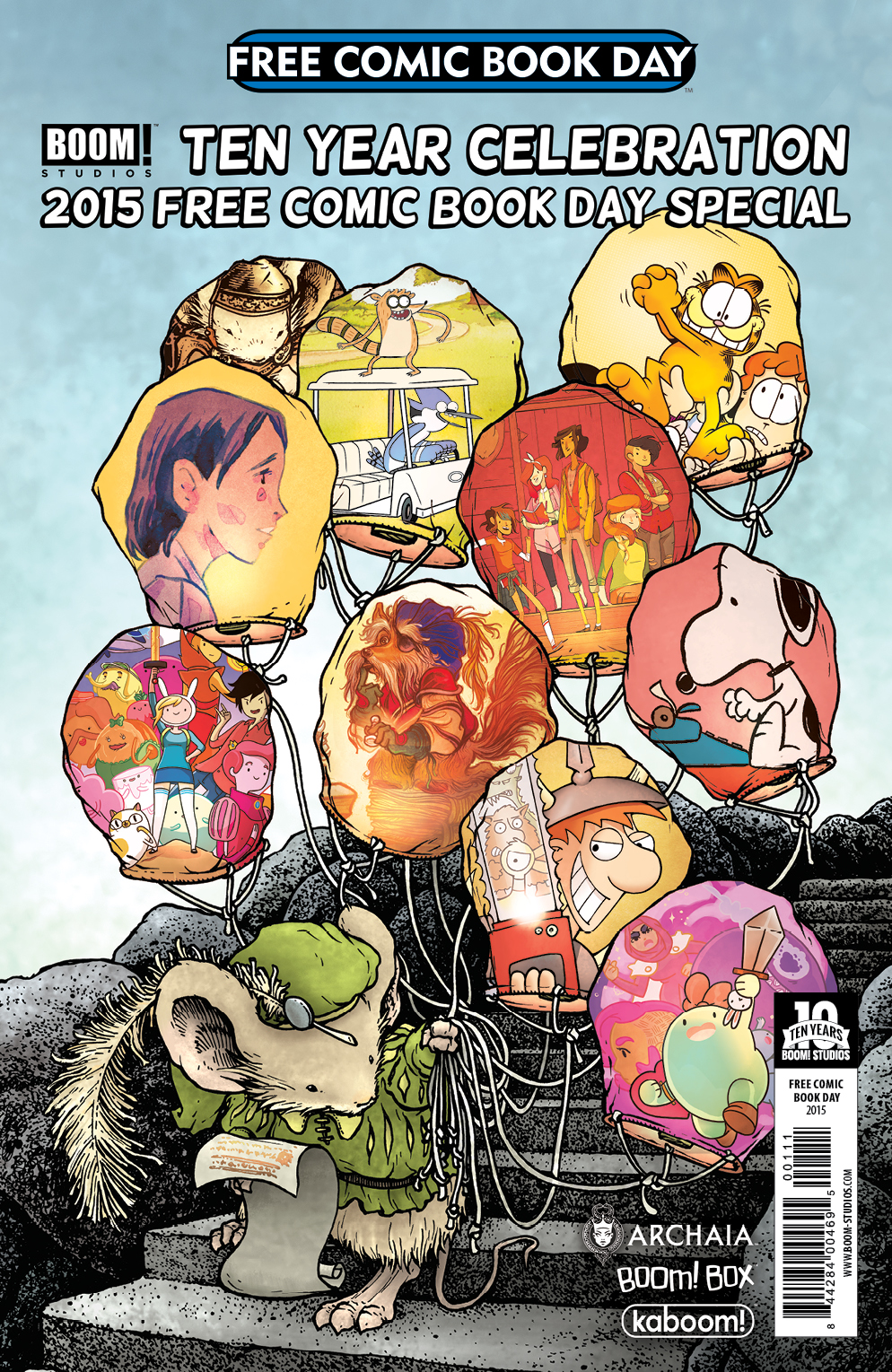 Written and Illustrated by Cory Godbey

An all-new short based on Jim Henson’s Labyrinth. The Wiseman and his bird try to find some humor in the magical world of Labyrinth.

Written and Illustrated by S.M. Vidaurri

Young Carson discusses magic and time with a wizard in this special preview of the upcoming Archaia original graphic novel written and illustrated by Iron: Or, the War After creator S.M. Vidaurri.

Written and Illustrated by David Petersen

An excerpt from Mouse Guard: Baldwin the Brave and Other Tales. Gwendolyn learns about her mother Alma and the great warrior hall of Seyan.

A brand-new Fionna & Cake short from writer Jen Wang (In Real Life) and Britt Wilson (Adventure Time with Fionna & Cake)! Fionna and Cake are on the search for an opponent for Cake to play against in Card Wars.

Snoopy looks to finally become the World’s Greatest Author, but Lucy’s help may not be the helpful push he needs.

Nothing can keep Garfield from a good meal, even if it means having to beat the fastest cat to get it.

When the Lumberjanes aren’t taking care of pesky critters or crazy demigods, they’re making fun crafts like friendship bracelets. Friendship to the max!

Written and Illustrated by John Kovalic

Fight the monsters, steal the treasure, and backstab your buddy! A wandering monster table appears in this short from the illustrator of the hit card game Munchkin, John Kovalic.

Written and illustrated by Madeleine Flores

Based on the hit webcomic and new miniseries from Madeleine Flores. Great Warrior gets attacked on the road!

The BOOM! Studios Ten Year Celebration 2015 Free Comic Book Day Special will be offered free to fans at their participating local comic book shop on Free Comic Book Day, May 2, 2015. Not sure where to find your nearest comic retailer? Use comicshoplocator.com or findacomicshop.com to find one!