There are regions of Battleworld so dangerous, they are walled off from the remainder of this patchwork planet. Here, on the far side of the impenetrable barrier known as the Shield, hope is gone. In these unholy wastes, on the border between two domains, the genocidal robotic armies of Ultron wage unending war upon the domain of rotting, flesh-eating corpses that lies just to the East.

“I had the idea of an area on the border between the domains of Ultron and Zombies,” says writer James Robinson in an interview with Marvel.com. “…where humanity was holding out withstanding these two opposing types of inhumanity.”

Pity those poor souls trapped between these two unstoppable forces, for their end is most definitely assured! Will you choose death by flesh-eating, super-powered living dead? Or by an unending army of indestructible, undefeatable robots? One thing is for certain, neither demise will be quick or painless!

The Vision, Wonder Man, Jim Hammond, and more brave these apocalyptic hellscapes in search of sanctuary, and for survival. This June, two unearthly factions will clash. Anything can happen, but one thing is assured – whoever wins, we lose. You don’t want to miss AGE OF ULTRON VS. MARVEL ZOMBIES #1!

AGE OF ULTRON VS. MARVEL ZOMBIES #1
Written by JAMES ROBINSON
Art by STEVE PUGH
Cover by CARLOS PACHECO
On Sale in June! 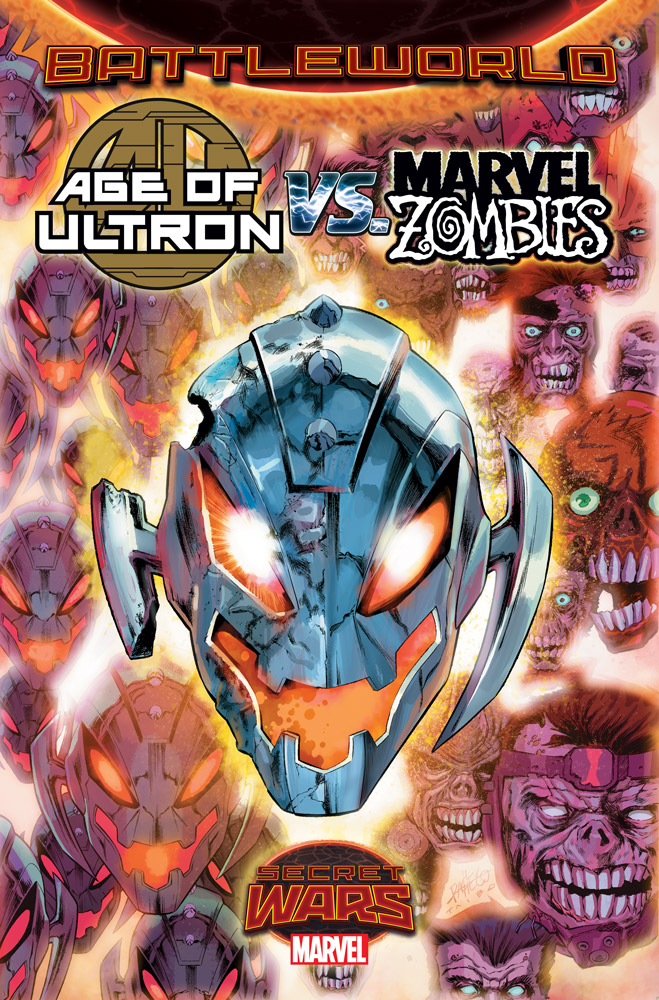 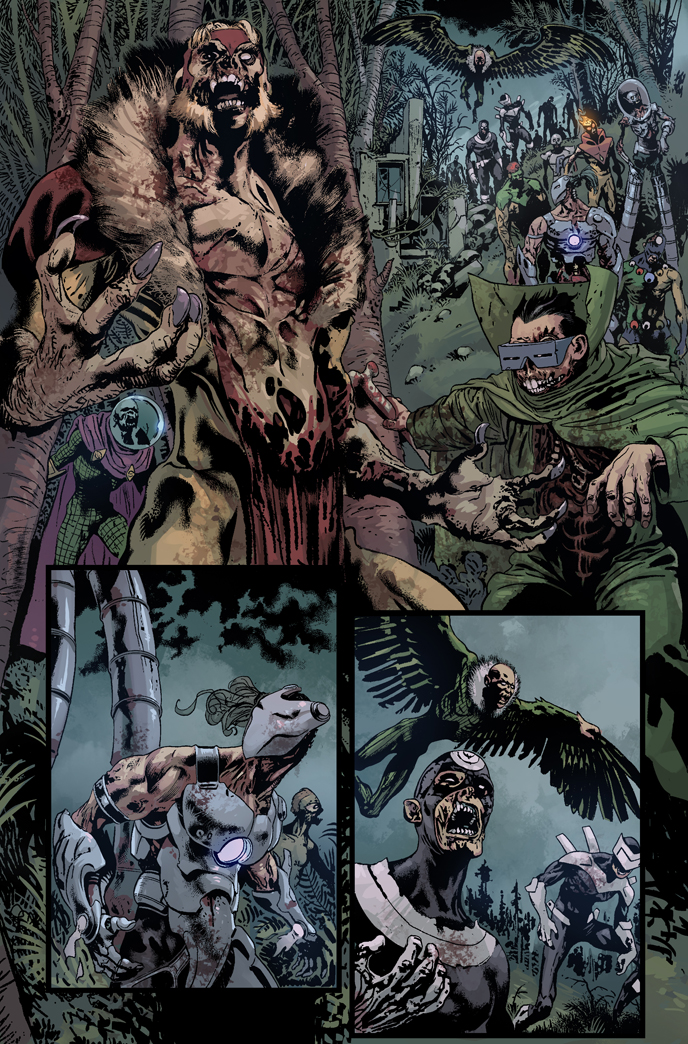 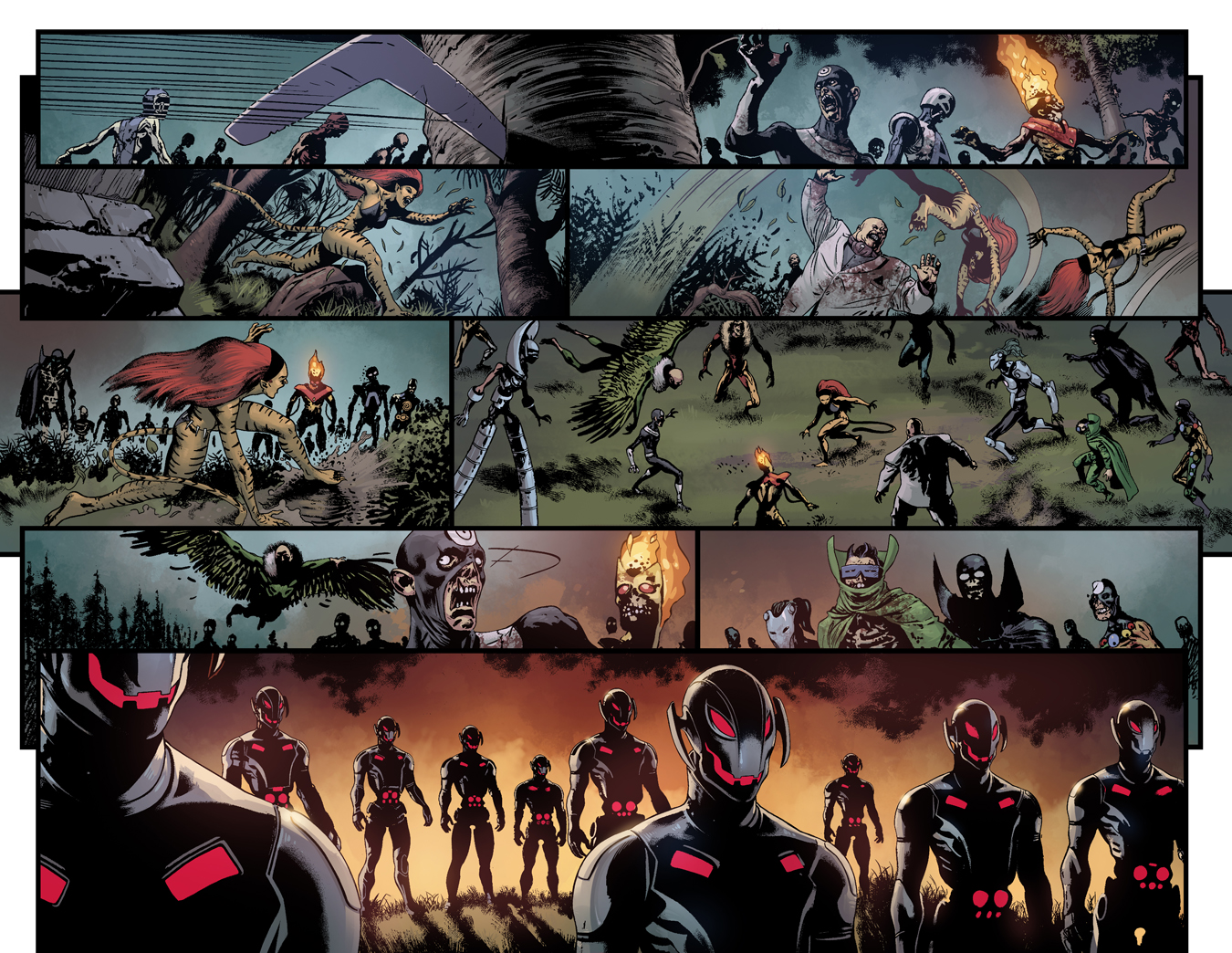