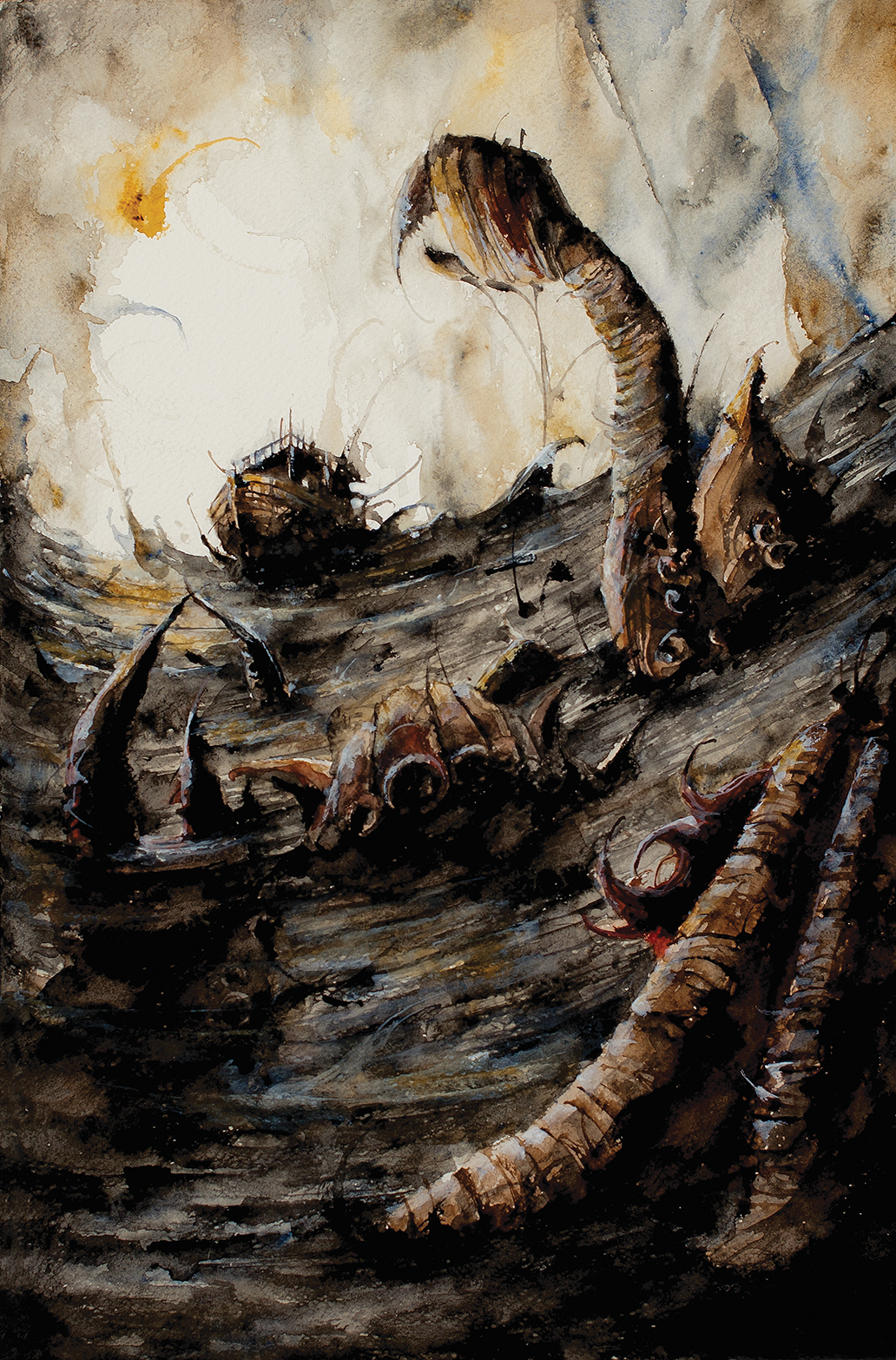 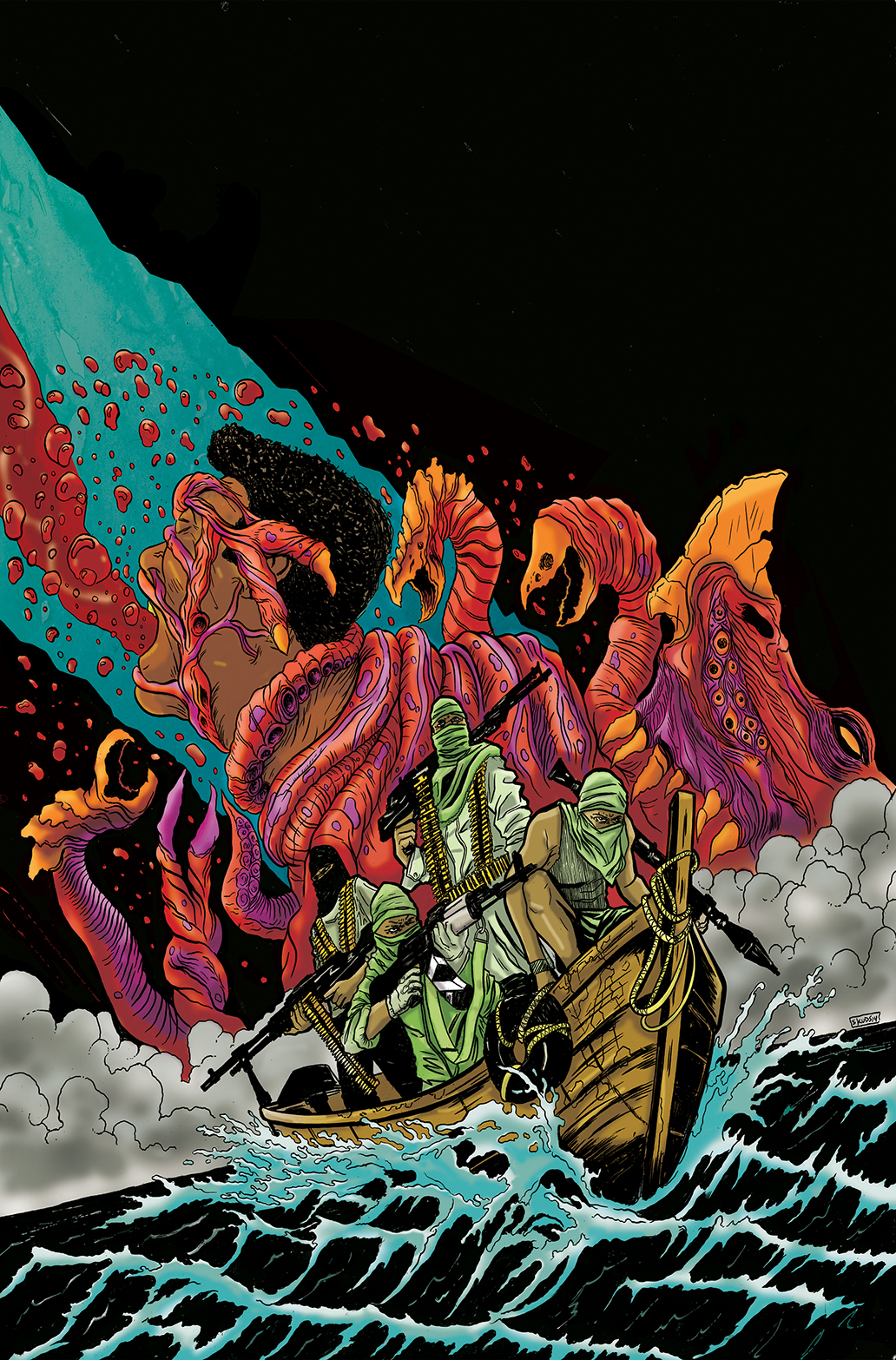 Archaia, an award-winning imprint of publisher BOOM! Studios, is pleased to announce the February debut of the new original horror series Plunder. Author Swifty Lang (Feeding Ground) and artist Skuds McKinley bring us a tale of terror reminiscent of Captain Phillips and The Thing.

“Horror on the high seas,” said BOOM! Studios Editor-in-Chief Matt Gagnon. “That’s what Swifty and Skuds have created with Plunder. This is a visceral horror story that has a killer setup and a flat-out intense narrative. Step on board for a wild journey!”

After facing off with an illegal Chinese vessel, a gang of Somali pirates tries to board what they think is a research vessel, only to find themselves in the midst of a massacre. As their worst nightmares become reality, the 14-year-old boy who went from translator to reluctant pirate not only becomes the key to survival, but must decide for himself how far he is willing to go in the name of self-preservation.

Plunder #1 arrives in comic shops on February 18th from Archaia with a main cover by series artist Skuds McKinley for the price of $3.99 under Diamond order code DEC141206. Also available in limited quantities are a 10 Years Anniversary incentive cover by Ramón K. Pérez (Hawkeye, Jim Henson’s Tale of Sand), and a retailer incentive cover by Daniele Serra (Fade to Black). Please check with your local comic shop on their availability.