Eric
Dynamite Entertainment
Comments
Dynamite Entertainment is proud to announce that Looking For Group, the hilarious fantasy-themed webcomic with a readership of millions, will be released as an ongoing comic book series, representing all strips from the very beginning. Written by Ryan Sohmer and illustrated by Lar deSouza, Hawk, Ryan Dunlavey, and Ed Ryzowski, the upcoming Looking For Group series includes bonus stories from the Non-Playable Character and Tiny Dick Adventures spin-off series. The debut issue will be released in April 2015, featuring brand new cover editions by industry veteran Ty Templeton (Batman ’66 Meets The Green Hornet) and Becky Dreisdadt.
Looking For Group follows the adventures of Cale’Anon the elf and Richard the undead warlock, as well as their companions, through Fantasy, Pop Culture, and Gaming tropes, set in a reality and time unlike our own. It’s a place where the eating of small children is not necessarily frowned upon; where beings of extraordinary power can destroy entire villages with only “because I could” as an excuse; where magic and adventure are as commonplace as setting fire to, and then reanimating, a chipmunk into a skeletal minion (it happens more than you’d think); and an epic journey can begin by an accident of fate.
Ryan Sohmer, the writer and co-creator of Looking For Group, says, “We are really excited to present Looking For Group in a new format to a whole new audience in comic shops across North America, right from the start. Putting it all together, it’s been great to go back and re-live our particular brand of hilarious immolation. Everyone at Dynamite has been great to work with, especially once they stopped screaming!”
“Bringing LFG to print in comic stores is really exciting for me,” says Lar deSouza, the artist and co-creator. “Ever since I was a kid and rode my triceratops to the stone pharmacy to buy comic books for three bones and a rock apiece, I’ve dreamed of having my work on that stand too! The point is, I’m old, but loveable. And I’m really excited to bring LFG to comic stores. Did I say that already?”
Since its launch on November 26, 2006, Looking For Group has garnered significant media and industry attention and won the 2008 Shuster Award for “Outstanding Canadian Web Comics Creators.” The webcomic is read by millions online every week, along with its two spinoff comics Non-Playable Character and Tiny Dick Adventures, both of which launched to rave reviews in 2014.
Looking For Group #1 will be solicited in Diamond Comic Distributors’ February 2015 Previews catalog, the premiere source of merchandise for the comic book specialty market, and slated for release in April.  Comic book fans are encouraged to reserve copies of Looking For Group #1 with their local comic book retailers. Looking For Group will also be available for individual customer purchase through digital platforms courtesy of Comixology, Dynamite Digital, iVerse, and Dark Horse Digital. 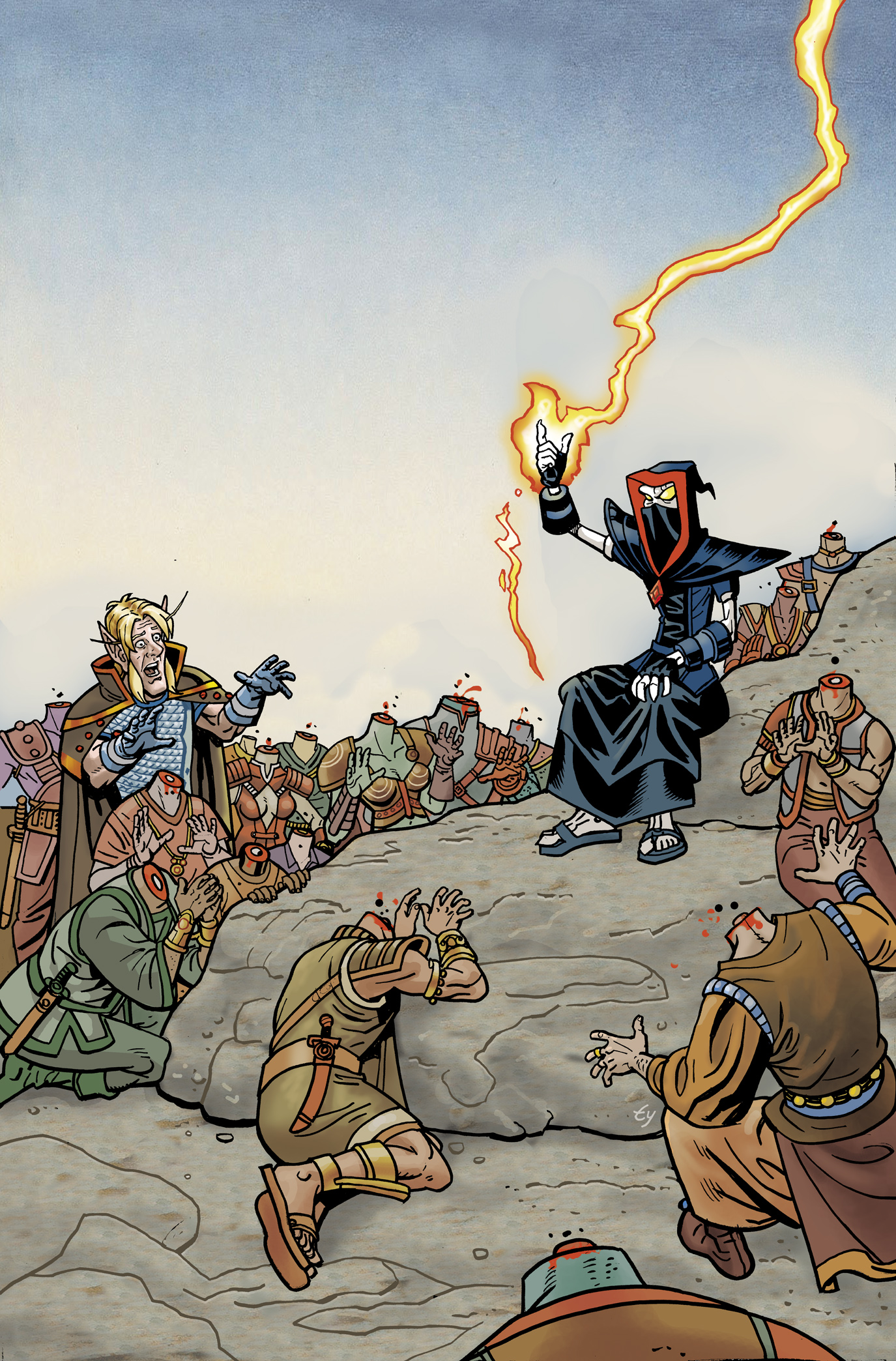 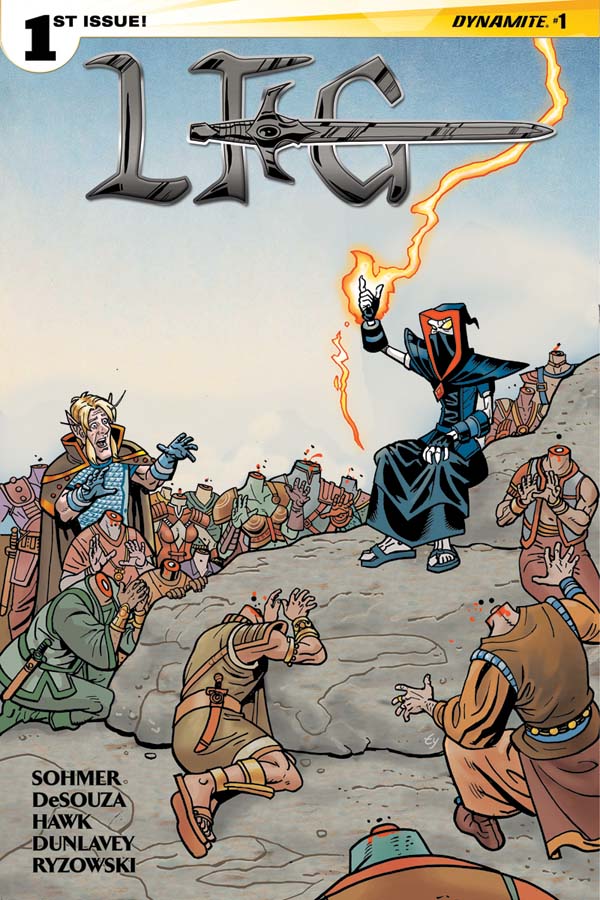 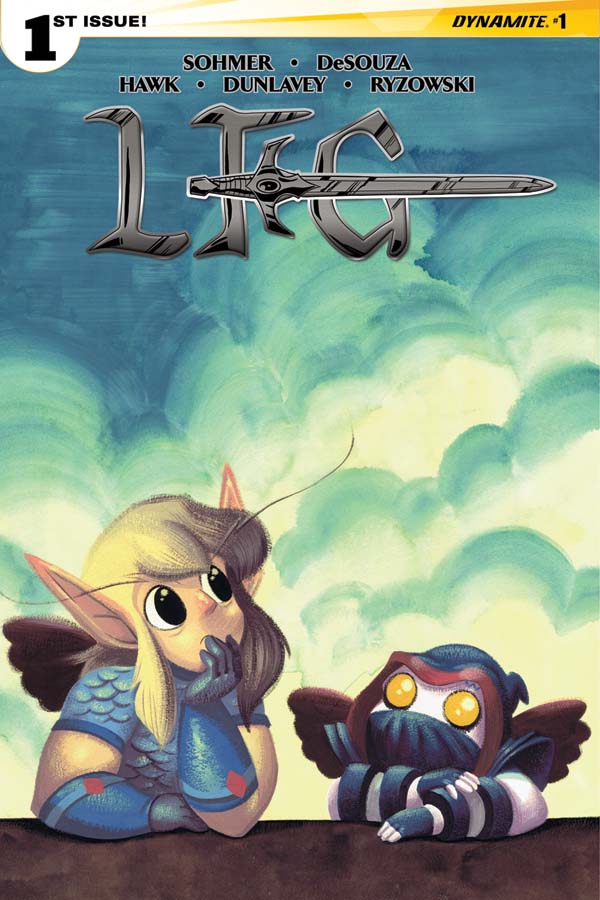 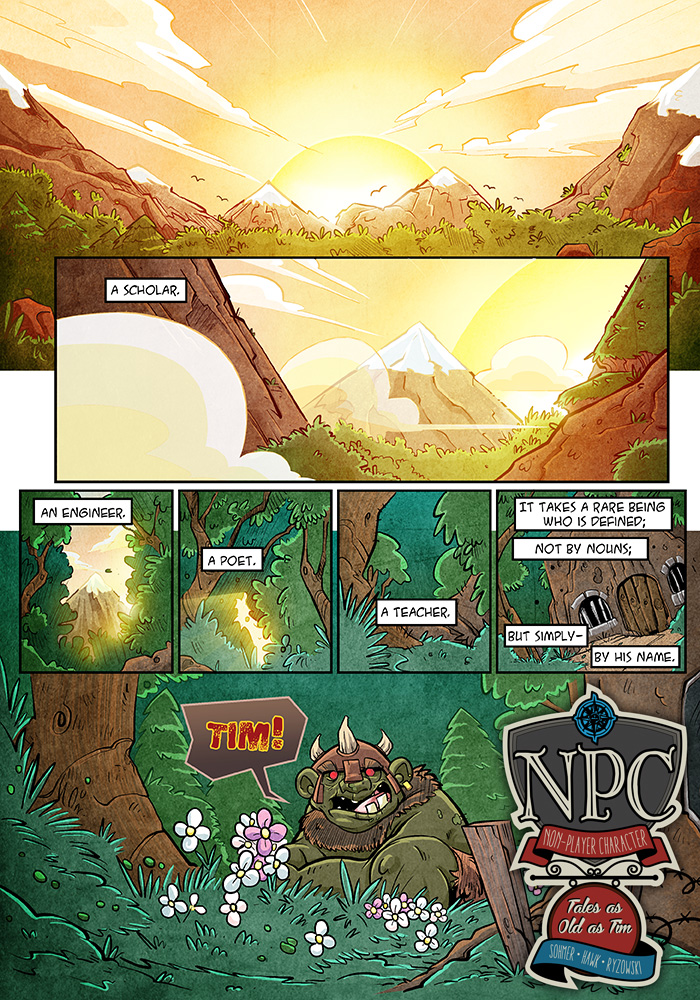