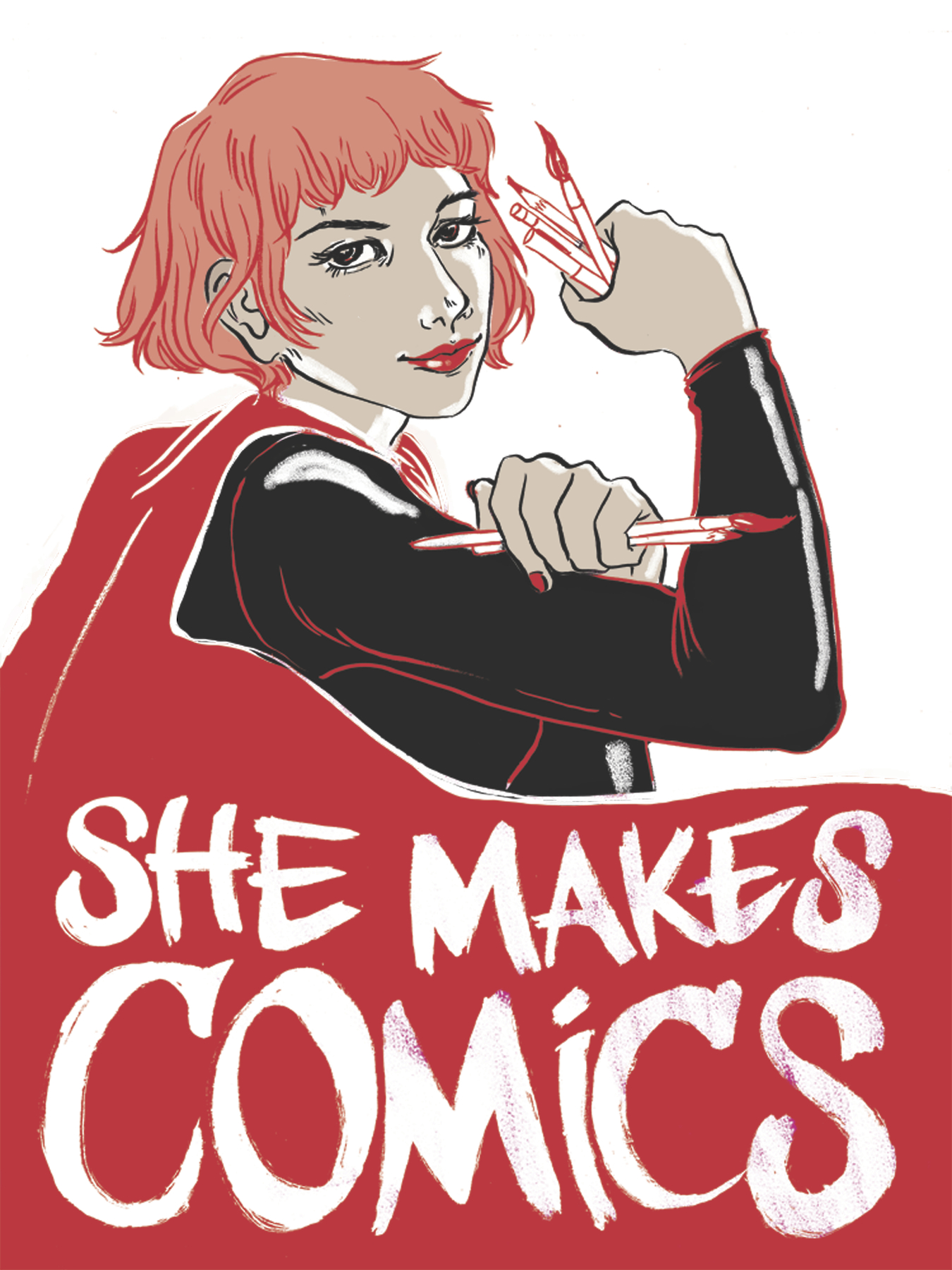 Sequart Organization and Respect! Films are proud to announce the release of their latest documentary, She Makes Comics, a film spanning the history of women in comics as creators, fans, and everything in between. The film is directed by Marisa Stotter and produced by Patrick Meaney and Jordan Rennert of Respect! Films. It is executive produced by Sequart’s Julian Darius and Mike Phillips and Columbia University comics librarian Karen Green.

She Makes Comics tells the little-known story of women in comics, highlighting the contributions they have made to the medium since the turn of the 20th century. It features interviews with such prominent figures as historian Trina Robbins, Captain Marvel writer Kelly Sue DeConnick, underground comics artist Joyce Farmer, former DC Comics publisher Jenette Kahn, Wendi Pini, Colleen Doran, Karen Berger, and dozens of others.

She Makes Comics is now available to order on DVD and as a digital download at SheMakesComics.com. The digital version ships on 9 December. DVD orders shipping domestically and placed by 16 December will arrive in time for the holidays.

The creative team behind the film is available for interviews, and review copies are available to interested press outlets.