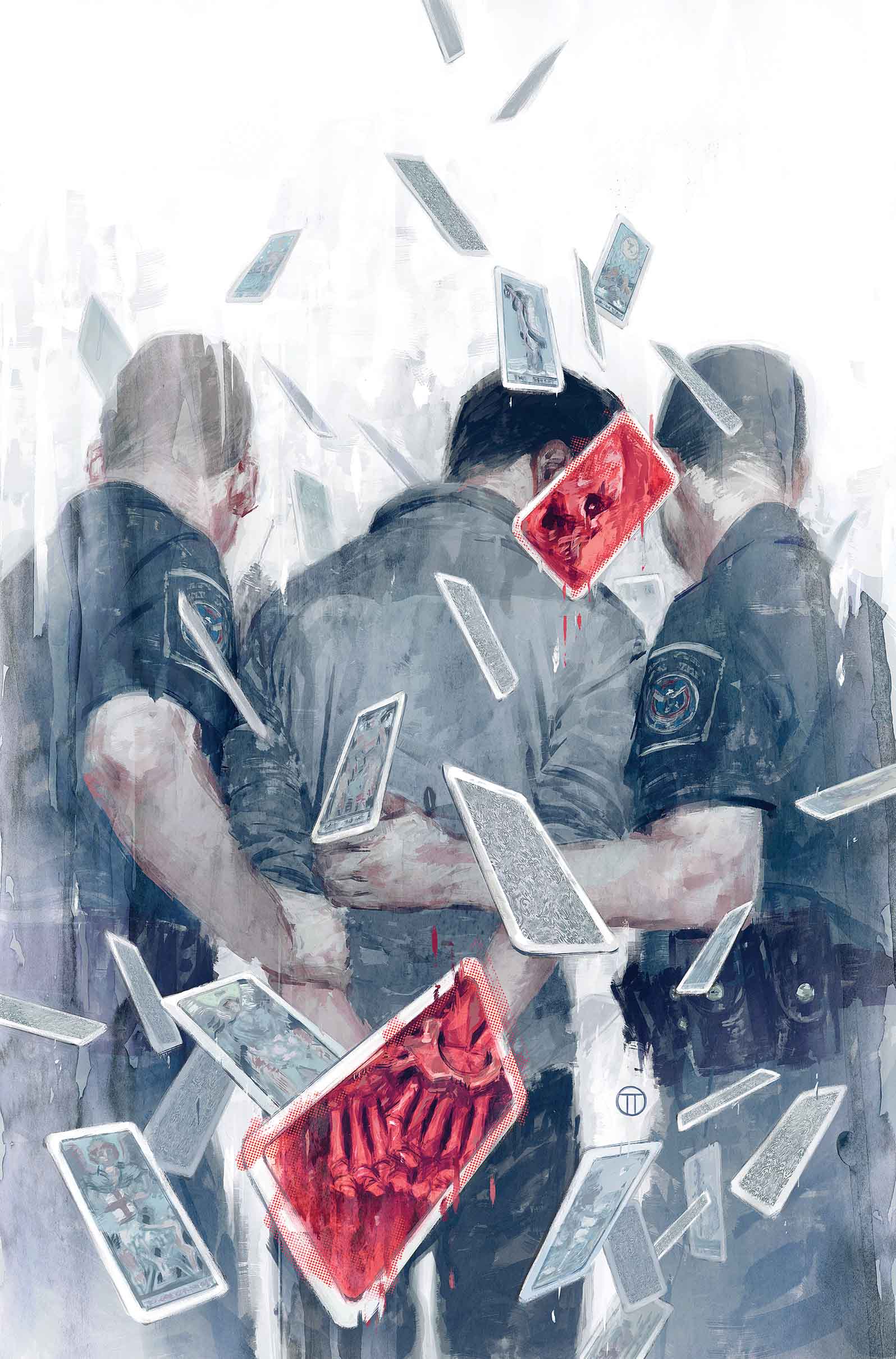 Marvel, in collaboration with Stephen King, is proud to announce the latest chapter in the Dark Tower series – DARK TOWER: THE DRAWING OF THE THREE – HOUSE OF CARDS. Beginning in March 2015, New York Times Best-Selling writers Peter David (Spider-Man 2099) & Robin Furth (The Dark Tower: A Complete Concordance) along with critically acclaimed artist Piotr Kowalski (Marvel Knights: Hulk) continue to bring the dark macabre action from Mid-World to our world in the third installment of Stephen King’s epic masterpiece!

THE DARK TOWER: DRAWING OF THE THREE – HOUSE OF CARDS marks another milestone for the graphic fiction sensation that’s captivated fans worldwide as the saga moves to the second volume of King’s magnum opus.

The troubled streets of New York City pulse with the beat of desolation and crime. Among the dissidents of the city is Eddie Dean a troubled young man gifted with the ability to open doors to other worlds has smuggled narcotics from Nassau to New York City, but now Eddie has to escape a packed airplane guarded by armed Custom Agents! How will Eddie avoid prison and yet also fulfill his contract with the dangerous mobster Balazar? The answer lies in Mid-World, and with a dying gunslinger named Roland!

“In the latest chapter of King’s epic tale there are some fascinating connections being made within the Dark Tower mythos, expanding on the histories of the characters and revealing their twisted ‘family tree,’ says series Editor Mark Paniccia. “Fans will get a real thrill as we discover what kind of role Eddie Dean plays in Roland Deschain’s plans to bring the tower down.”

A bold new chapter begins as the landmark series makes its historic return to comic shops this March in Stephen King’s THE DARK TOWER: THE DRAWING OF THE THREE – HOUSE OF CARDS #1.