Eric
Comic News, Valiant
Comments
DEAD HAND is coming…and, in 2015, X-O MANOWAR is all that stands between Earth and the ultimate doomsday fail-safe!

Born into battle, Aric of Dacia, the fifth century Visigoth now called X-O Manowar, has never known peace. Abducted and enslaved by the savage alien empire known as The Vine, Aric finally escaped his captors after stealing their ultra-powerful X-O Manowar armor and returned to Earth…only to find that more than a thousand years had passed in his absence. Stranded in the modern day, the most primitive man on Earth now wields the most powerful weapon in existence as X-O Manowar – one of the Earth’s most formidable new heroes and a member of the international superteam codenamed Unity. Together, X-O Manowar and Unity have wrenched the world back from the chaos wrought by the invasion of the unearthly Armor Hunters…but, in 2015, the fate of all life – human and alien alike – will be thrown into dire peril…

In the far reaches of deep space, the ultimate fail-safe of an extinct alien race has finally counted down to zero…and the robot army called DEAD HAND has been activated. The civilization that built them has fallen…and, now, to combat the doomsday threat that destroyed their world, DEAD HAND will complete the mission that their creators could not. Soulless and brutal, this billion-strong legion is the phantom army of a dead world…and it will cleanse the universe by any means necessary. But what unthinkable menace were they created to destroy? And will DEAD HAND‘s slow march across the galaxy spell death for countless worlds?

“DEAD HAND is going to take the mythology surrounding the X-O Manowar armor, and the entire Valiant Universe, in a direction not seen before,” said writer Robert Venditti. “As formidable as the adversaries in the series have been to date, none of them measure up to this single-minded, doomsday threat. X-O Manowar has made a habit of taking what readers expect and turning it on its head. We’ve challenged ourselves to do that again.”

“Last summer, X-O Manowar went up against the Armor Hunters for a full-metal throwdown between Earth and alien life. Well, we won the battle, but that doesn’t mean we’ve won the war,” said Valiant Editor-in-Chief Warren Simons. “Somewhere out there, something colder, grimmer, and more calculating is about to come online. And it won’t concede that war, even in death. An extinct world has saved a nasty treat for the Valiant U – something insanely effective that could only exist in the wake of their failure – a dead hand. Venditti’s cooked up a good one, folks.”

This March, in the blistering fallout of ENTER: ARMORINES, the battle-hardened hero at the center of the Valiant Universe will take to the stars…and face the terrible onslaught of a coming robot war unlike anything in the history of human civilization!

Featuring specially manufactured DEAD HAND OVERLAY WRAP COVERS by Valiant superstarLewis Larosa (BLOODSHOT) on each issue, alongside wraparound alternate covers by rising starJorge Molina (X-Men), the four-part DEAD HAND action epic is the can’t-miss X-O MANOWAR mega-event of 2015 – and it all begins this March, only in X-O MANOWAR #34! 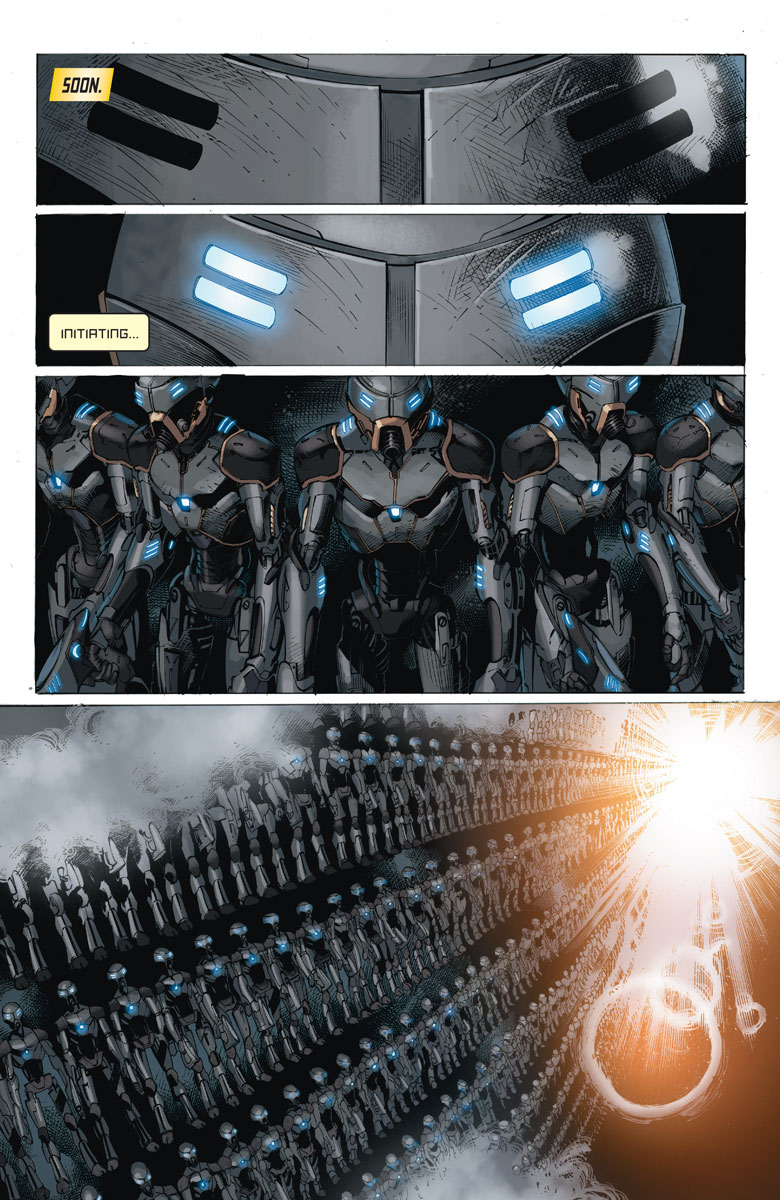 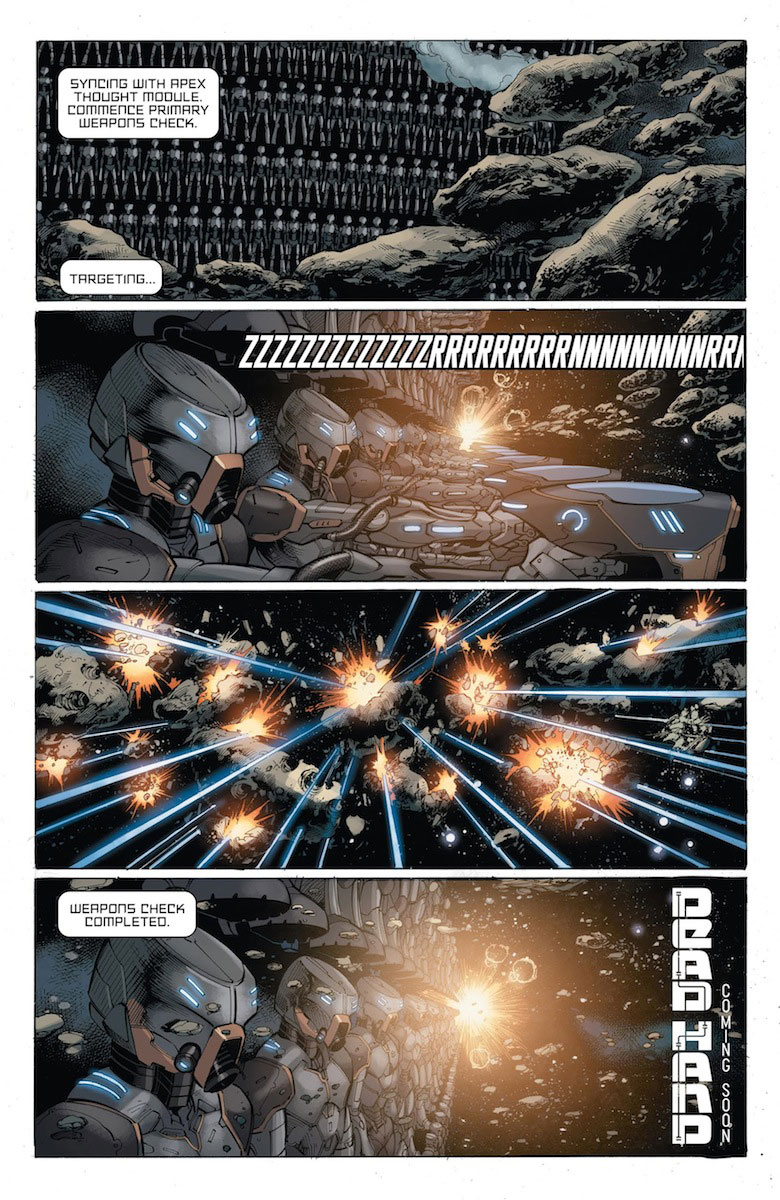 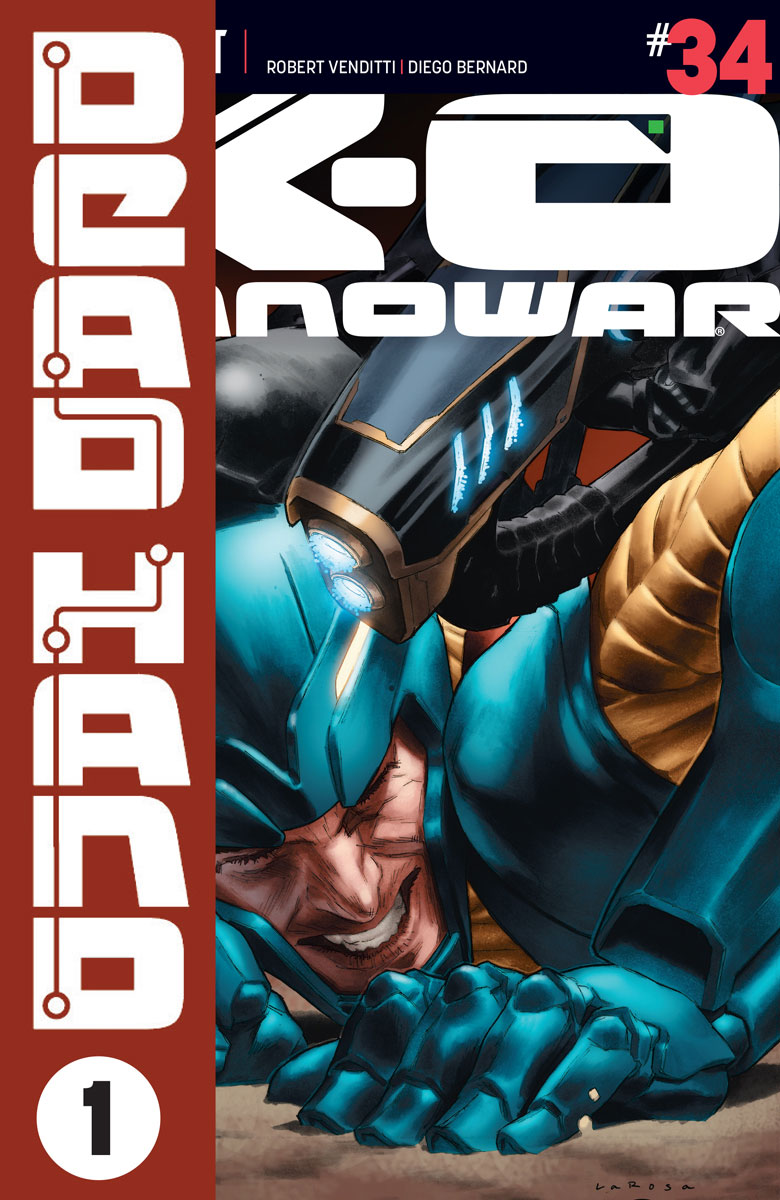 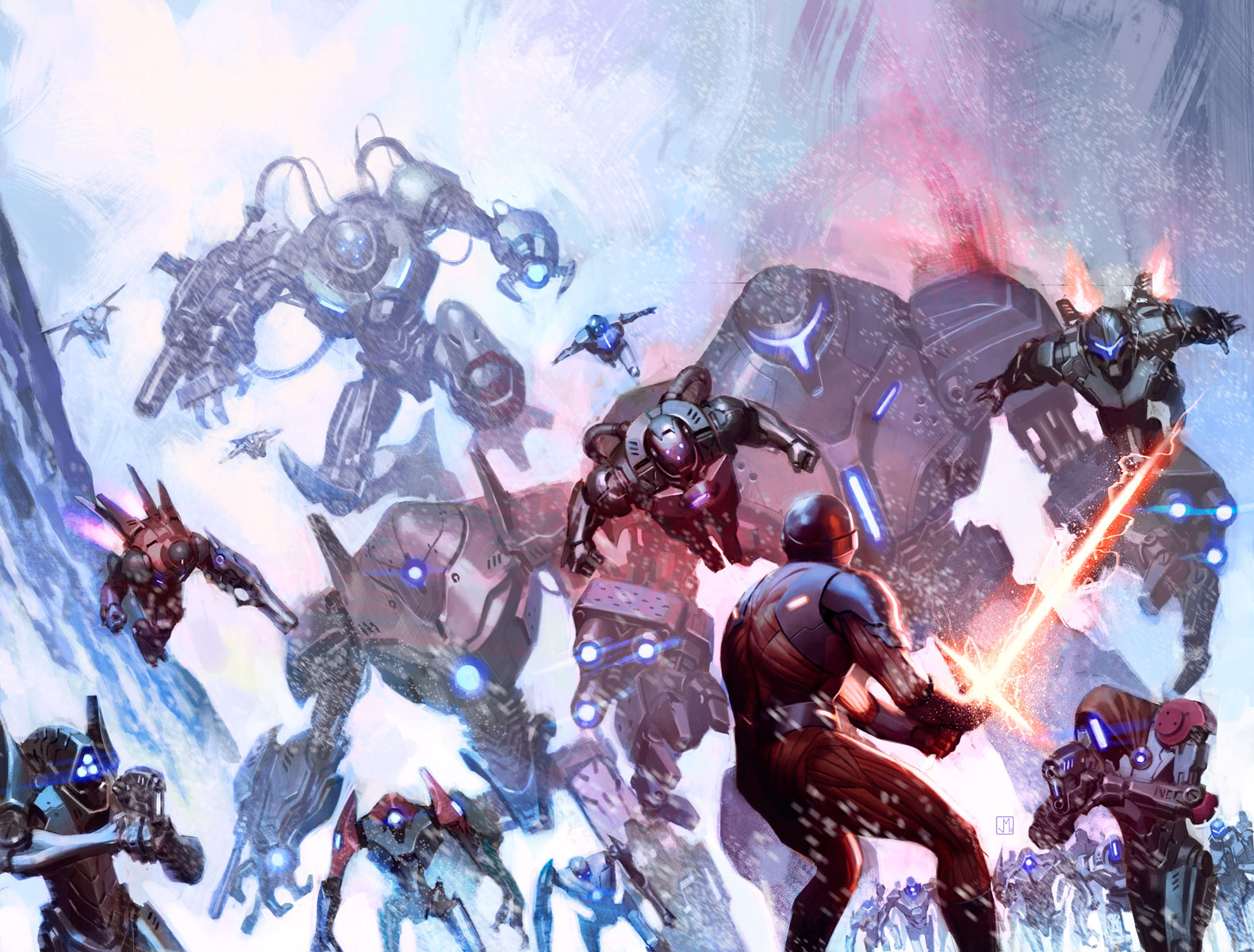 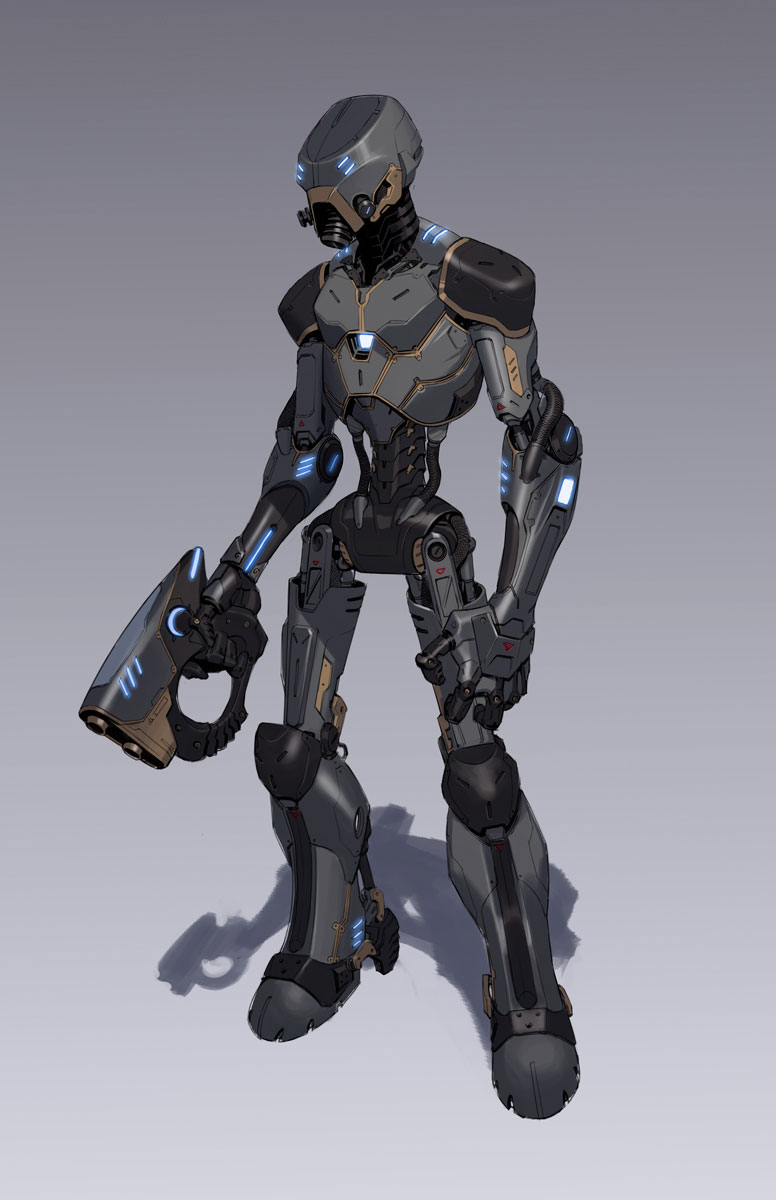