2014 marks the 30th Anniversary of Hasbro’sTRANSFORMERS, which has been celebrated thus far with a blockbuster film and critically acclaimed comic series’ from IDW. But the party isn’t quite over as IDW still has some TRANSFORMERS debuts this year! 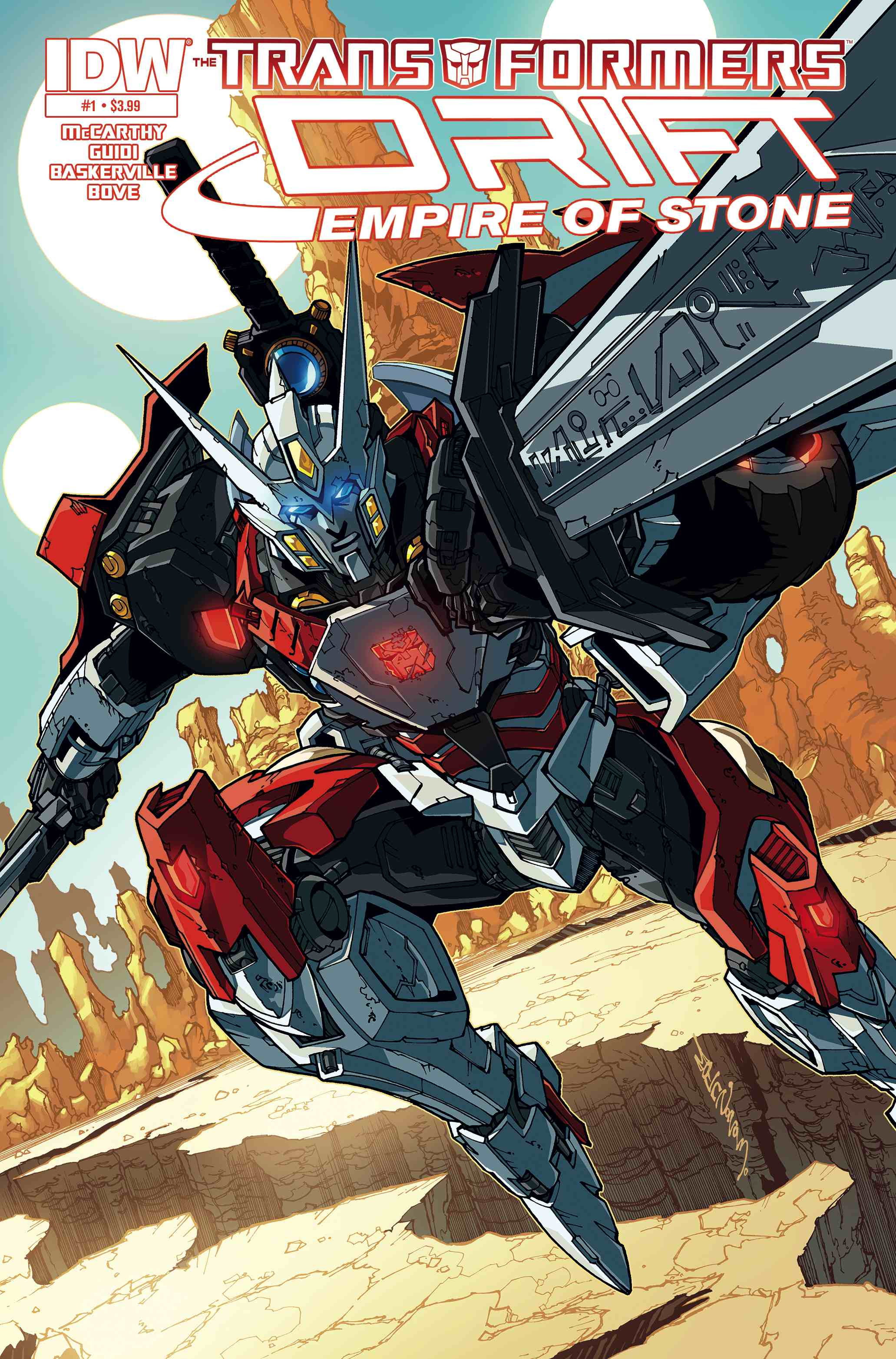 Thelong-running TRANSFORMERS comic, which originally appeared in 1984, came to an epic conclusion as, TRANSFORMERS: Regeneration Oneby IDW reached its 100th issue! Original series’ writer,Simon Furman and artist Andrew Wildman led the illustrious series to its closing chapter earlier this year. But as one chapter closed, a new one began during the “Dawn of The Autobots.” After the cataclysmic changes of “Dark Cybertron” the Autobots gained unexpected new allies, of whom the breakout star, WINDBLADE, the first ever fan voted character, ventured out on her own critically-acclaimed mini-series written by Mairghread Scott and stunningly illustrated by Sarah Stone. The smash-hit new series TRANSFORMERS vs. G.I. JOE by Tom Scioli and John Barber made waves upon its Free Comic Book Day debut. With its stylized over-the-top approach, issue #1 sold out before the first issue even hit the shelves! The epic space-romp has not only been praised by the comic community, but has also struck a cord with fans. “It’s been an amazing year for TRANSFORMERS comics,” said Barber, IDW Publishing’s Senior Editor. “The fans seem to be digging what we’re making, and it seems like there’s more fans every day. It’s been amazing seeing how fast people have come to love WINDBLADE—and especially gratifying to see kids inspired by her. Add to that the phenomenal response to TRANSFORMERS vs. G.I. JOE and the outstanding level of quality on the other ongoing series, and it’s been a banner year. Wait’ll everybody sees what we’ve got coming in 2015!” Throughout the year variant homage covers have graced the ongoing series’ More Than Meets The Eye by writer James Roberts and artist Alex Milne and Robots in Disguise by writer John Barber and artist Andrew Griffith. Celebrating the rich history of TRANSFORMERS, these covers highlighted monumental moments throughout the history of Transformers. This year has also seen a number of premier TRANSFORMERS collections released from IDW; from the 30th Anniversary Collection, with highlights from the many iterations of TRANSFORMERS in comics, to TRANSFORMERS Legacy: The Art of TRANSFORMERS Packaging. The Cybertronian War has been the explosive topic of the TRANSFORMERS series Autocracy andMonstrosity and the final chapter in this expansive storyline, Primacy debuted this fall! Written by Chris Metzen and Flint Dille with art by Livio Ramondeli this epic conclusion can’t be missed!DRIFT, who made his debut in the pages of IDW comics was featured in the blockbuster hit film TRANSFORMERS: Age of Extinction, and this month he returns to his comic roots in the new mini-series from creators Shane McCarthy and Guido Guidi! Drift—Empire of Stone sees the fan-favorite character take on a mission to clean up the darkest depths of the galaxy. As IDW comes up on its tenth year with TRANSFORMERS, it embarks on the wildest and most unexpected of crossovers with ANGRY BIRDS TRANSFORMERS. Written by John Barber the mini-series will be drawn by Marcelo Ferreira, and debuts tomorrow! It’s been a huge year for TRANSFORMERS in the anniversary year, and IDW is honored to be involved in the celebrations