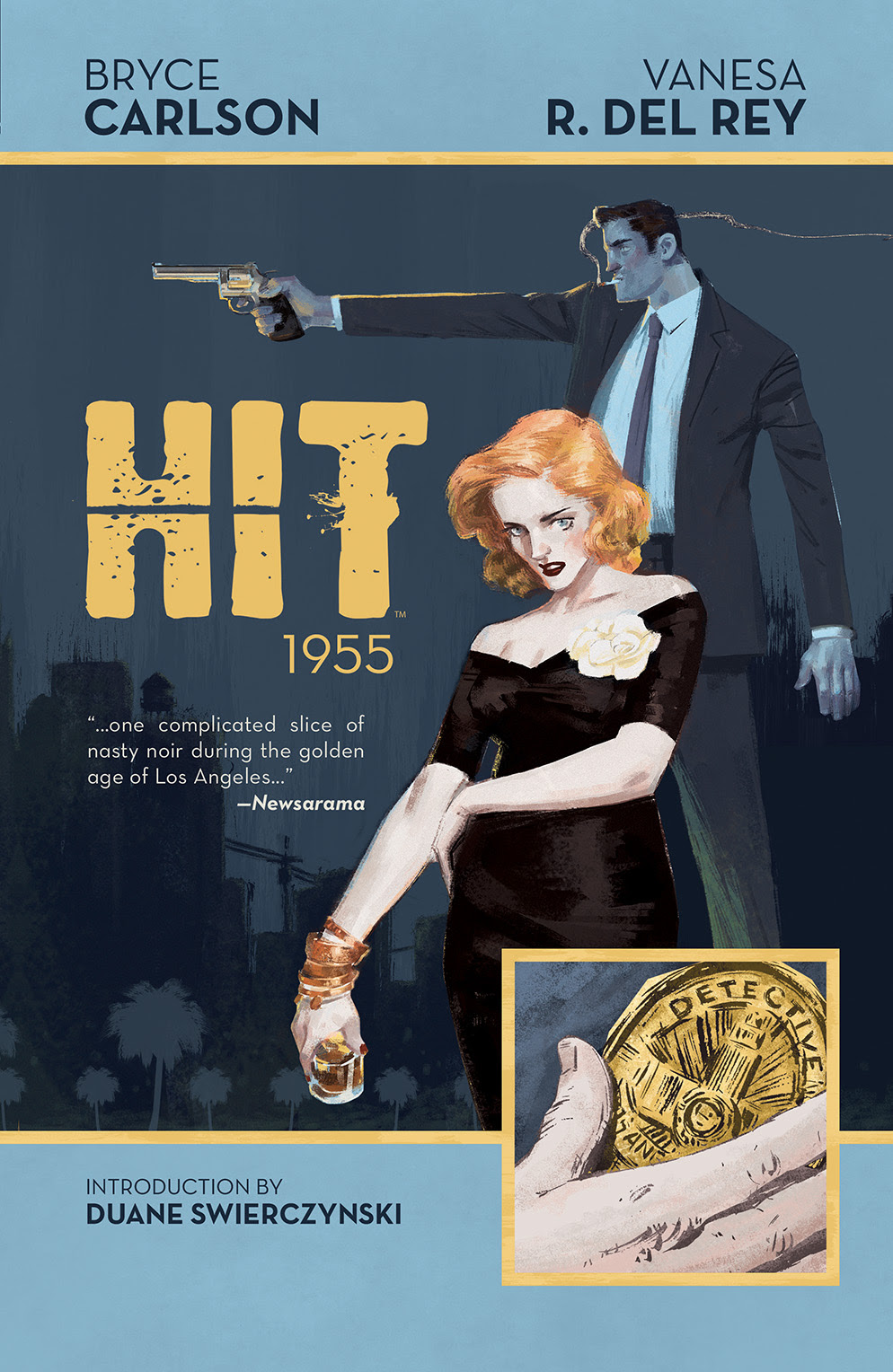 Award-winning publisher BOOM! Studios is pleased to announce the December debut of the Hit: 1955 trade paperback. The collection includes all four issues of the Harvey Award-nominated, gritty crime noir story that explores the darker side of the Los Angeles Police Department in the 1950s. Writer Bryce Carlson teams up with Russ Manning Award for Most Promising Newcomer and Harvey Award nominee Vanesa R. Del Rey (The Empty Man) for a story that looks at the twisted history of the LAPD and the policemen who did a little wetwork under the table in the name of cleaning up crime.

“Hit is one of my favorite books we’ve ever published,” said BOOM! Studios Editor-in-Chief Matt Gagnon. “Bryce and Vanesa arrived on the comic book scene lightning-fast last year. It was a groundbreaking debut for two creators that took us to Los Angeles in 1950s and delivered a gem of a noir story. This collection is a must-have for fans of beautiful art, great writing, and comics that add a little something new to the industry. Plain and simple, Hit delivers.”

In Hit: 1955, they say the eyes are the window to the soul. You look at Harvey Slater and you’ll see a homicide detective chasing cigarettes with a few fingers of bourbon. You look into his eyes, and you’ll see a hitman who spends his nights making “untouchable” criminals disappear for the Los Angeles Police Department. But all it takes is a blonde bombshell from his past and a crime syndicate trying to muscle in while Mickey Cohen’s in prison to open Slater’s eyes to who he really is. This book collects the complete four-issue limited series, features the never-before-seen prose short story, “Bonnie,” and includes an introduction by American crime author Duane Swierczynski.