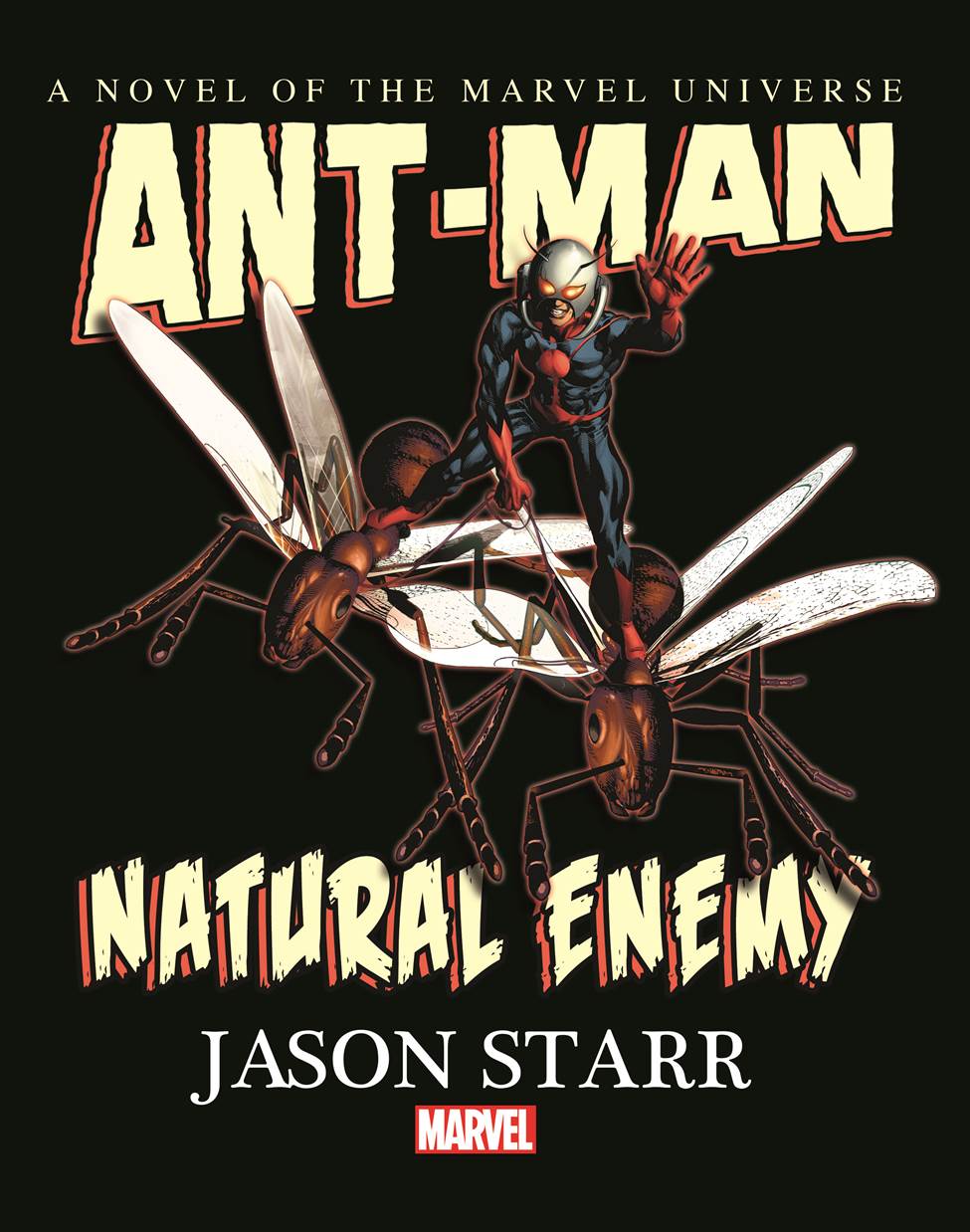 Just in time for his silver-screen debut, the Astonishing Ant-Man is making the leap to prose fiction! Prepare for Marvel’s smallest hero in his biggest story yet as he breaks new ground and charts new territory in ANT-MAN: NATURAL ENEMY – an all-new, full length prose novel! Debuting in 2015 from critically acclaimed crime writer Jason Starr (Twisted City, Wolverine MAX), ANT-MAN: NATURAL ENEMY brings all the action of Marvel Comics to the exciting new world of prose fiction!

Meet Scott Lang: ex con, single parent and part-time super hero. Settling in to a new city with his teenage daughter, Cassie, can be hard enough. Yet when a criminal from Scott’s past comes gunning for them, his new beginning is in serious jeopardy. But is the killer after Scott or the secrets of the Ant-Man technology?

“Marvel’s exciting line of prose novels offer a completely new window into the Marvel Universe,” says Marvel SVP Sales & Marketing David Gabriel. “Whether you’re an Ant-Man fan, or looking to experience a new story featuring the breakout character of 2015, this novel is going to be an exciting thrill ride from cover to cover.”

Pushed to the brink, how far would Scott Lang go to protect his only child? Strap in as the Astonishing Ant-Man embarks on a twisted journey of desperation, secrets and adventure at a microscopic level in ANT-MAN: NATURAL ENEMY – coming in 2015!