After four issues it’s time for a death in the family.

And we’re not talking about a case of mild death – you know, when a character comes back after a year or so, no longer dead. We’re talking dead-dead. Dead as a doornail dead, the pushing up daisies kind of dead. And Roman swears blind it’s sticking, “no one’s curing this dose of the deads,” said he, if we’d asked him and he’d said that in response.
But who will it be..?
Will it be Lenore, the titular star of the comic, or maybe Ragamuffin, her stalwart and loyal companion? Perhaps Death will come a knocking on the door of Pooty, the trident armed, bucket-headed demon from Heck, or maybe it’ll be the sinister, eons-old serial killer, Mr. Taxidermy – the self appointed protector of Lenore and children everywhere?
Or perhaps it’s that new, good-looking crewmember dressed in the red shirt.
There’s only one way to find out… 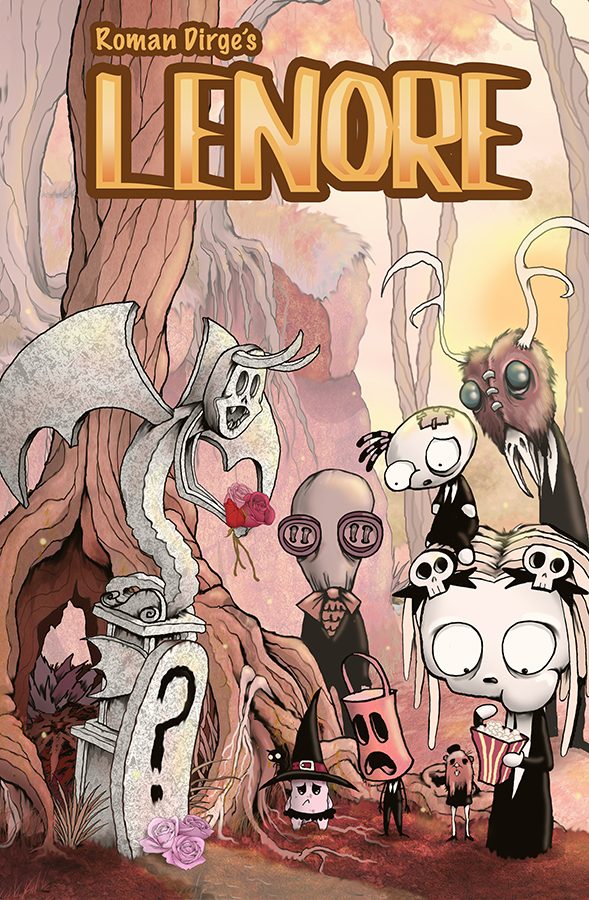 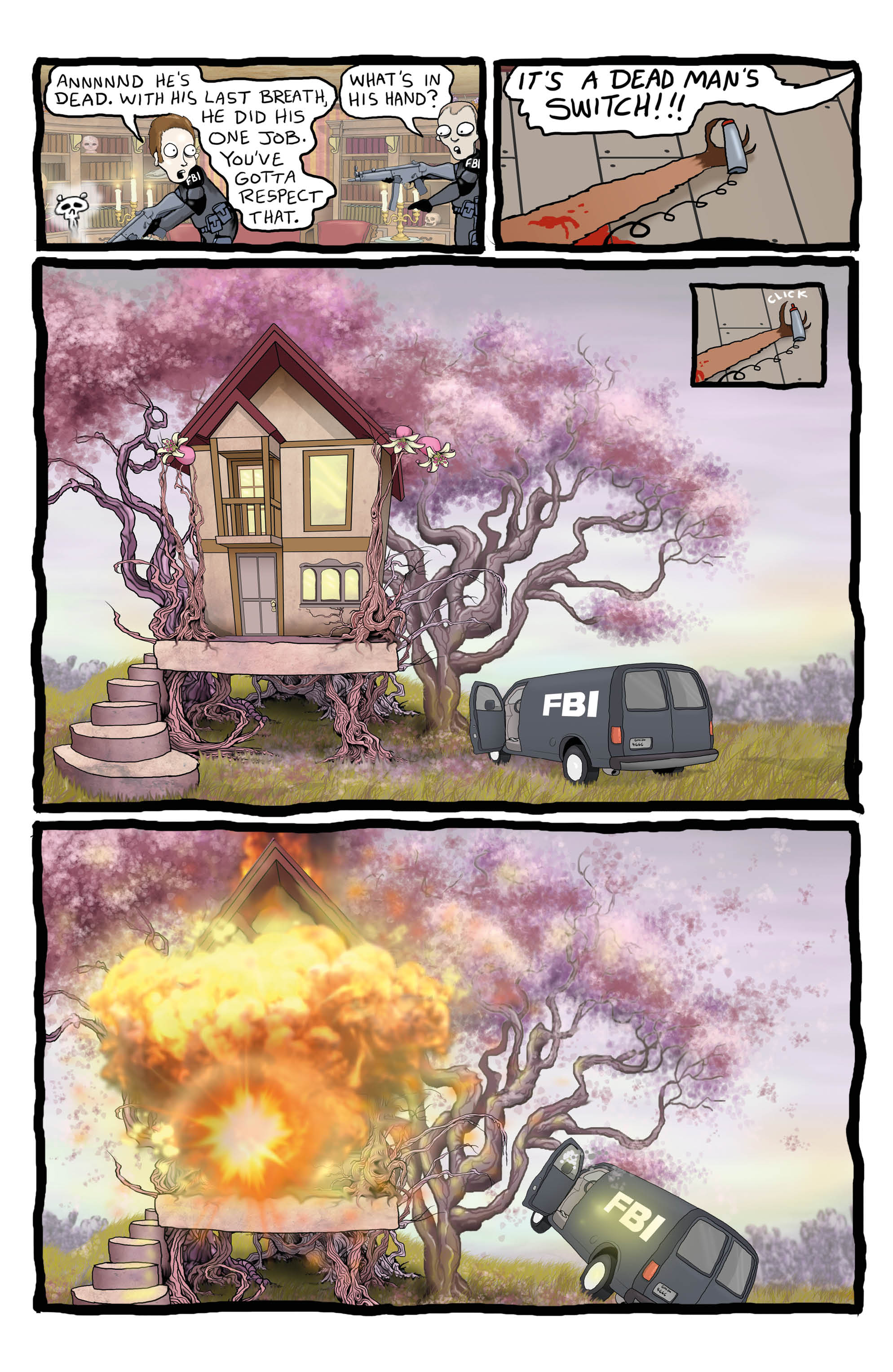 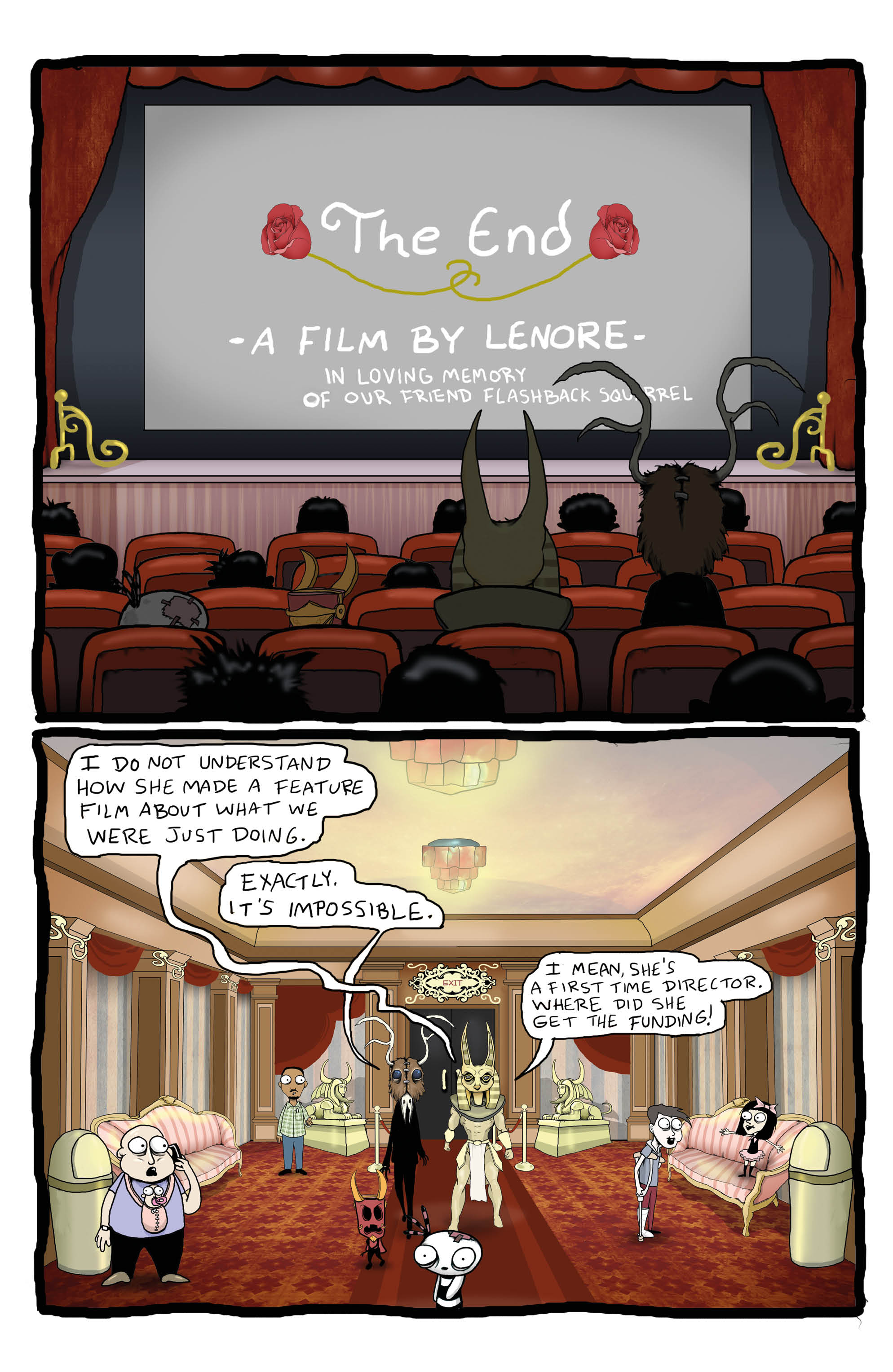