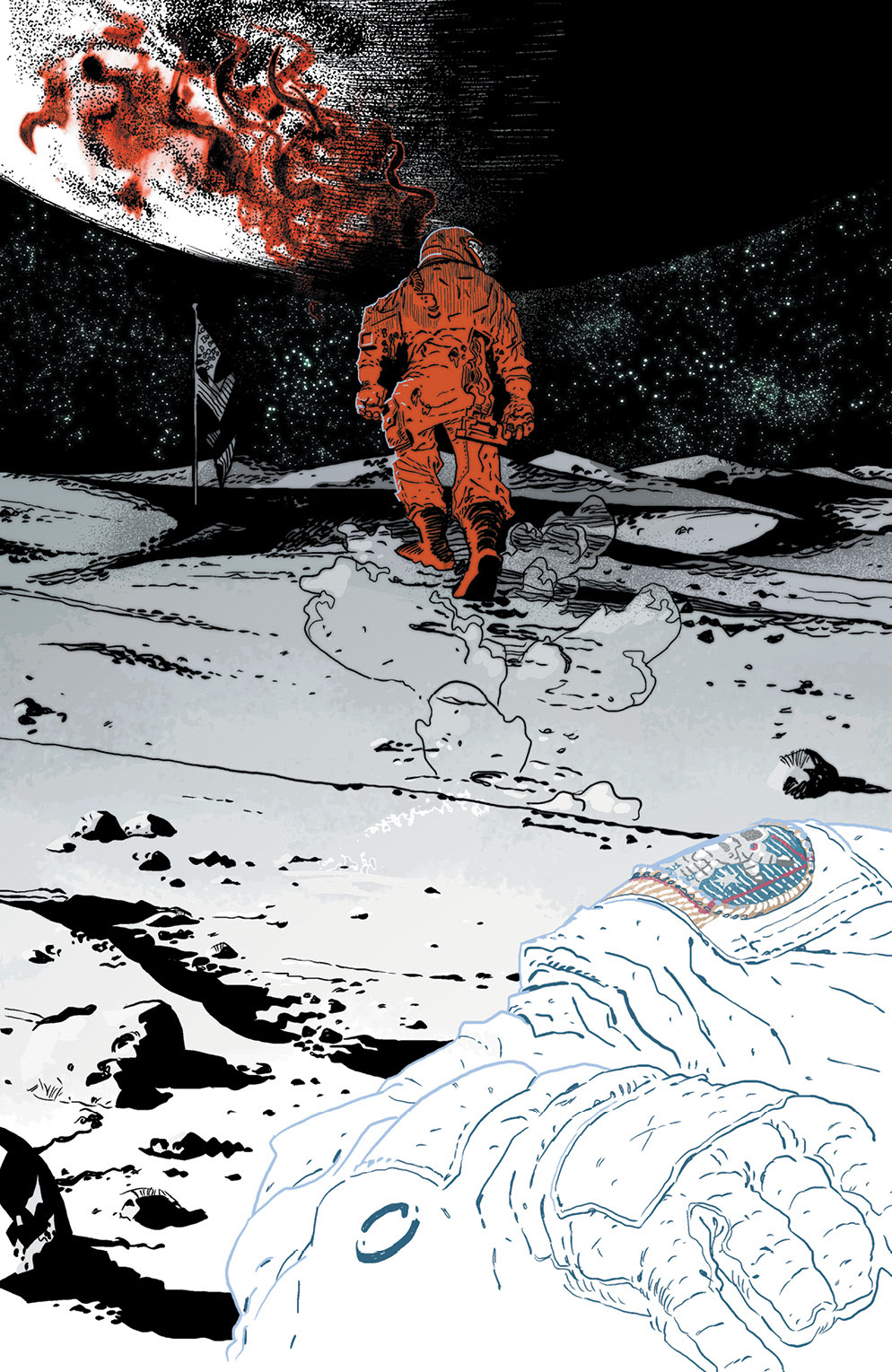 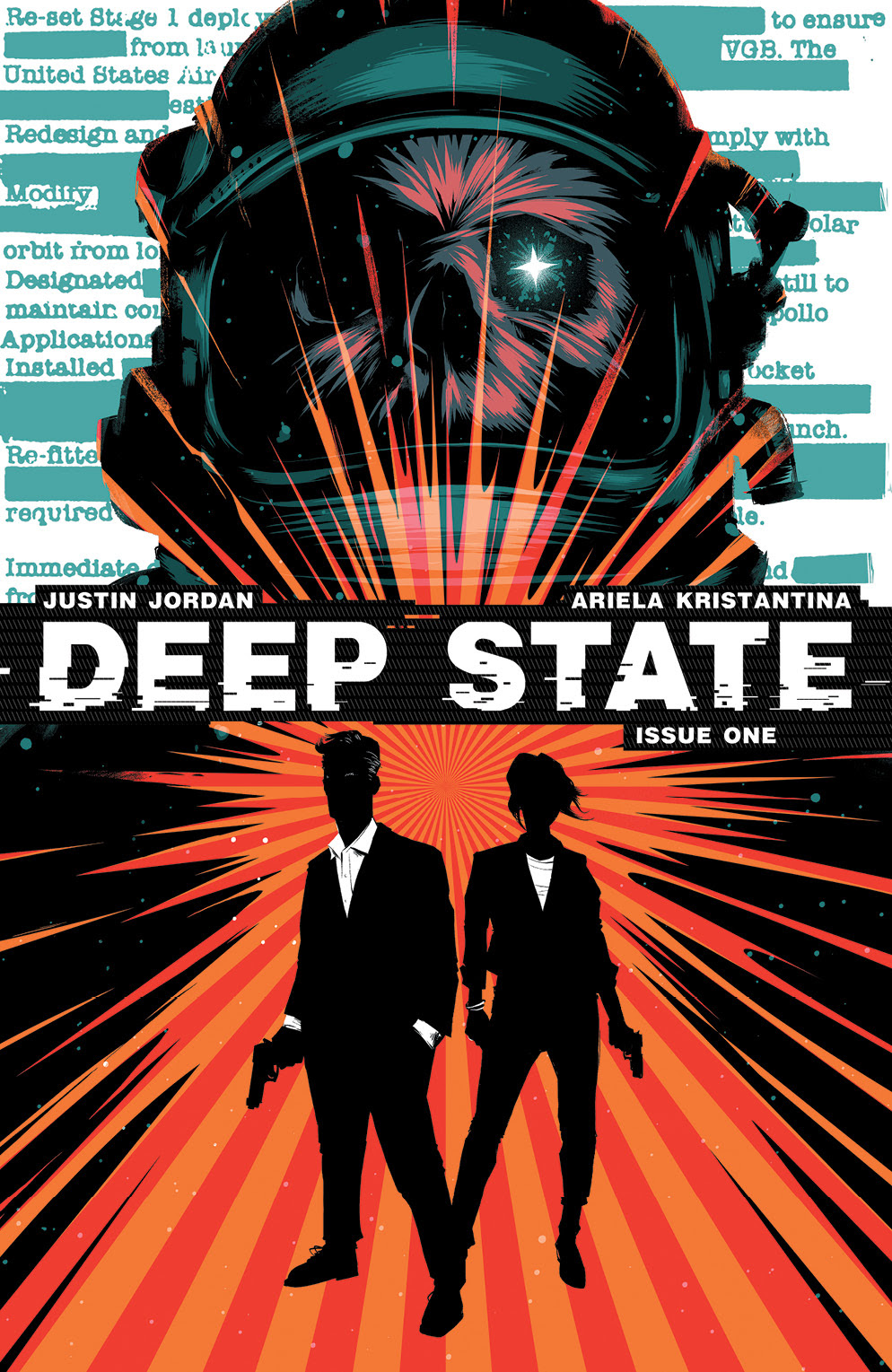 Everyone loves a good conspiracy theory. Whether you want to believe it or debunk it, stories of the faked moon landing, government-sanctioned assassinations, and brainwashing have been around for generations. This November, award-winning publisher BOOM! Studios asks: What if those conspiracy theories were planted to cover up an even darker truth? Discover the conspiracy behind the conspiracies with Deep State, a new ongoing series that kicks off the first of three original series from one of the emerging voices behind hard-hitting and intelligent stories, Justin Jordan (Spread, The Strange Talent of Luther Strode), and talented artist Ariela Kristantina (Death of Wolverine).

“Justin is a writer we’ve been dying to work with,” said BOOM! Studios Editor-in-Chief Matt Gagnon. “His stories are visceral, smart, and they just bleed cool. With Deep State, Justin is setting up a little patch of land for himself at BOOM! and we’re excited to have him. Ariela Kristantina is teaming up with Justin and turning in some spectacular artwork on this series—she’s definitely an artist on the rise. Get ready for them to introduce you to John Harrow in November.”

In Deep State,John Harrow doesn’t exist, and his job is to make sure that other things don’t exist, too. At any given time, the government is running dozens of black book operations, experiments that aren’t on any official record and are never acknowledged to exist. Some of these are innocuous. Some of them are monstrous beyond reason. And most of the time, they go as expected and the public is never the wiser. Most of the time. John Harrow’s job is to handle them when things go wrong, and do anything to make sure the government’s secrets stay just that—secret. If you’re interested in conspiracy theory stories from comics like Planetary and Sleeper to films like Enemy of the State and Three Days of the Condor, you’ll be gripped by Deep State!

Deep State #1 arrives in comic book shops on November 12th with a main cover by Mondo print illustrator Matt Taylor and a retailer incentive cover by Artyom Trakhanov (Undertow), with a cover price of $3.99 under Diamond order code SEP141117. The Final Order Cutoff Date for retailers is October 20th. Not sure where to find your nearest comic retailer? Use comicshoplocator.com or findacomicshop.com to find one! It’s also available for pre-order directly fromboom-studios.com.