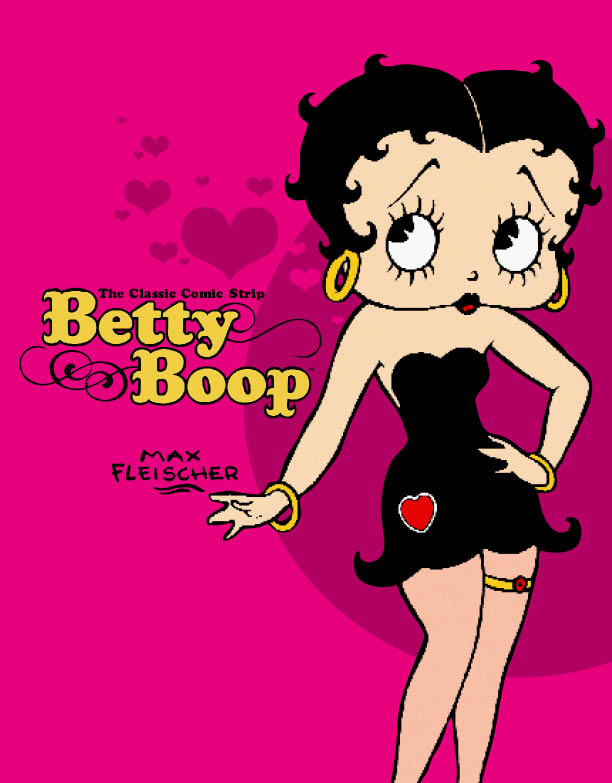 Before Marilyn Monroe, Madonna and Lady Gaga, Betty booped and wriggled her way into hearts worldwide with her unique mix of wide-eyed innocence and powerful cartoon sensuality. And she’s now set to win over a whole new generation of fans, following the recent announcement of a new feature-length film, set to be produced by Simon Cowell’s (X Factor) Syco production company and Animal Logic.

“These wonderful classic strips capture the essence of Betty Boop!” said Mark Fleischer, Chairman & CEO, Fleischer Studios. “The incredible character created by my grandfather, Max.  It never ceases to amaze me how her charming, coquettish, mischievous personality enlivens whatever medium in which she appears, be it print, animation, television or digital and how she has brought delight to generations upon generations of fans.”

Since making her public debut 84 years ago in the 1930 cartoon Dizzy Dishes (part of the lauded Talkartoon series from Fleischer Studios and Paramount Pictures), the original celluloid siren has gone on to become a household brand name, a huge licensed property hit, and still remains animation’s first leading lady and a glamorous international icon.

Betty’s first appearance in comics was in a newspaper strip drawn by Bud Counihan, distributed by King Features Syndicate from 1934 to 1937. This beautiful new volume from Titan Comics collects together for the first time ever Betty’s adventures as they appeared in the funny pages of daily newspapers from the 1930s, capturing all the cheeky fun embodied by the character. The collection also comes with an authoritative introduction and the history of Betty Boop.

The Definitive Betty Boop: The Classic Comic Strip Collection is due to hit stores September 2015 and will be available to read on the iPad, iPhone, Web, Android and Kindle Fire, exclusively through the comiXology app and comiXology.com

For more news on all Titan Comics publications, visit the website at